In English ecclesiastical law, the term incumbent refers to the holder of a Church of England parochial charge or benefice. The term "benefice" originally denoted a grant of land for life in return for services. In church law, the duties were spiritual ("spiritualities") and some form of assets to generate revenue (the "temporalities") were permanently linked to the duties to ensure the support of the office holder. Historically, once in possession of the benefice, the holder had lifelong tenure unless he failed to provide the required minimum of spiritual services or committed a moral offence. [1] With the passing of the "Pastoral Measure 1968" and subsequent legislation, this no longer applies, and many ancient benefices have been joined together into a single new one.

At one time, an incumbent might choose to enjoy the income of the benefice and appoint an assistant curate to discharge all the spiritual duties of the office at a lesser salary. This was a breach of the canons of 1604, [2] but the abuse was only brought under control with the passing in 1838 of the Pluralities Act (1&2 Victoria, ch.106), which required residence unless the diocesan bishop granted a licence for non-residence for reasons specified in the same act and provided severe penalties for non-compliance. [3]

The incumbent's official title might be that of rector, vicar, "curate-in-charge" or "perpetual curate". [4] The difference between these titles is now largely historical. Originally, an incumbent was either a rector who received all the tithes or a vicar who received only the small tithes (see Impropriation). Curate-in-charge and perpetual curate were later legal terms to meet the case when new parishes were created or chapels of ease established which were not supported by tithes.

Nomination and admission into office

The future incumbent is either nominated by the ordinary (normally the diocesan bishop) or the patron who owns the advowson. Originally, the parish concerned had no legal voice in the matter, but modern legislation established the need for consultation to take place. [5] :Canon C9

The form of admission to office has two parts: the future incumbent is first authorised by the bishop to exercise the spiritual responsibilities (institution or collation - see below), the second puts him in possession of the "temporalities" (induction) which he receives at the hands of the archdeacon or his deputy. The two actions are often combined into one ceremony and the canons require the bishop to use his best endeavour to perform the ceremony in the parish church. However, this is not legally essential.

The difference between collation and institution resides in the fact that when a patron presents a cleric for institution the bishop may examine him and refuse on good grounds to proceed. [5] :Canon C10.3 A negative decision may be contested in the courts and the Gorham Controversy was a case in point. If the bishop himself has chosen the cleric, this is unnecessary and the legal formalities are different. The bishop admits the incumbent to the spiritualities of the benefice by reading a written instrument bearing his episcopal seal committing the care or "cure" of souls to the priest who kneels before him while this is done and holds the seal. [5] :Canon C10.6

The bishop then instructs the archdeacon by Letters Mandatory for Induction to induct the priest into the temporalities of the benefice. This must be performed in the church and is done by placing the hand of the priest on the key or ring of the door and reciting a formula of words. The priest advertises his or her induction by tolling the church bell. [5] :Canon C11 Induction is a vestige of the medieval legal practice of livery of seisin.

Legally, the incumbent is a corporation sole i.e. "a legal entity vested in an individual and his successors by reason of his office" [1] and any particular occupant had the right to receive the income and make use of its assets to support him in his ministry. Traditionally, these were the tithes, the glebe, fees, the parsonage house plus the church where his responsibilities were shared with the churchwardens, and if he was a rector, he had to finance the maintenance of the chancel from his own resources.

During a vacancy, the temporalities were normally administered by the churchwardens, who could disburse monies to cover the costs of providing spiritual attention and other legally recognized expenses until the new incumbent entered, when they had to pay any balance in hand over to him. [3] :282

A benefice or living is a reward received in exchange for services rendered and as a retainer for future services. The Roman Empire used the Latin term beneficium as a benefit to an individual from the Empire for services rendered. Its use was adopted by the Western Church in the Carolingian Era as a benefit bestowed by the crown or church officials. A benefice specifically from a church is called a precaria, such as a stipend, and one from a monarch or nobleman is usually called a fief. A benefice is distinct from an allod, in that an allod is property owned outright, not bestowed by a higher authority.

A churchwarden is a lay official in a parish or congregation of the Anglican Communion, usually working as a part-time volunteer. Holders of these positions are ex officio members of the parish board, usually called a vestry, parochial church council, or in the case of a Cathedral parish the chapter.

Advowson or patronage is the right in English law of a patron (avowee) to present to the diocesan bishop a nominee for appointment to a vacant ecclesiastical benefice or church living, a process known as presentation.

The term coadjutor is a title qualifier indicating that the holder shares the office with another person, with powers equal to the other in all but formal order of precedence. 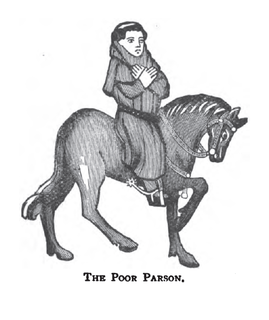 A parson is an ordained Christian person responsible for a small area, typically a parish. The term was formerly often used for some Anglican clergy and, more rarely, for ordained ministers in some other churches. It is no longer a formal term denoting a specific position within Anglicanism, but has some continued historical and colloquial use.

A faculty is a legal instrument or warrant in canon law, especially a judicial or quasi-judicial warrant from an ecclesiastical court or tribunal.

The parson's freehold refers to a system within the Church of England in which the rector or vicar of a parish holds title to benefice property, such as the church, churchyard or parsonage, the ownership passing to his successor. This system is to be phased out, under the Ecclesiastical Offices Measure. 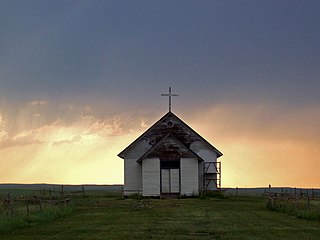 A priest in charge or priest-in-charge in the Church of England is a priest in charge of a parish who is not its incumbent. Such priests are not legally responsible for the churches and glebe, but simply hold a licence rather than the freehold and are not appointed by advowson. 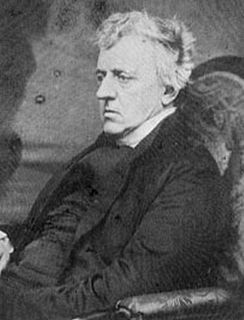 Amovibility is the condition that applies to Roman Catholic priests who can be removed from their parish or post by their bishop.

A glebe terrier is a term specific to the Church of England. It is a document, usually a written survey or inventory, which gives details of glebe, lands and property in the parish owned by the Church of England and held by a clergyman as part of the endowment of his benefice, and which provided the means by which the incumbent could support himself and his church. Typically, glebe would comprise the vicarage or rectory, fields and the church building itself, its contents and its graveyard. If there was an absentee rector the glebe would usually be divided into rectorial glebe and the rest. "Terrier" is derived from the Latin terra, "earth".

Vicar is the title given to certain parish priests in the Church of England. It has played a significant role in Anglican Church organisation in ways that are different from other Christian denominations. The title is very old and arises from the medieval arrangement where priests were appointed either by a secular lord, by a bishop or by a religious foundation. Wherever there is a vicar he shares the benefice with a rector to whom the great tithes were paid. Vicar derives from the Latin "vicarius" meaning a substitute. 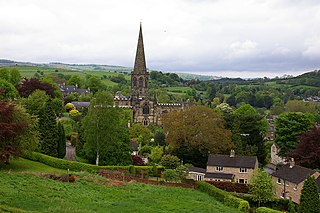 The parish with its parish church(es) is the basic territorial unit of the Church of England. The parish has its roots in the Roman Catholic Church and survived the English Reformation largely untouched. Each is within one of 44 dioceses: divided between the thirty of the Canterbury and the fourteen of that of York. There are around 12,500 Church of England parishes.

Ivor Gordon Davies was an Anglican priest who was the Archdeacon of Lewisham between 1972 and 1985.