The Algebra Project is a national U.S. mathematics literacy program aimed at helping low-income students and students of color achieve the mathematical skills that are a prerequisite for a college preparatory mathematics sequence in high school. [1] Founded by Civil Rights activist and Math educator Bob Moses in the 1980s, the Algebra Project provides curricular materials, teacher training, and professional development support and community involvement activities for schools to improve mathematics education. [2]

The Algebra Project reaches approximately 10,000 students and approximately 300 teachers per year in 28 locations in 10 states.[ when? ][ citation needed ]

The Algebra Project was founded in 1982 by Bob Moses in Cambridge, Massachusetts. Moses worked with his daughter's eighth-grade teacher, Mary Lou Mehrling, to provide extra tutoring for several students in her class in algebra. Moses, who had taught secondary school mathematics in New York City and Tanzania, wanted to ensure that those students had sufficient algebra skills to qualify for honors math and science courses in high school. Through his tutorage, students from the Open Program of the Martin Luther King School passed the citywide algebra examination and qualified for ninth grade honors geometry, the first students from the program to do so. The Algebra Project grew out of attempts to recreate this on a wider community level, to provide similar students with a higher level of mathematical literacy.

Founded in 1996, the Young People's Project (YPP) is a spin-off of the Algebra Project, which recruits and trains high school and college age "Math Literacy Workers" to tutor younger students in mathematics, and is directed by Omowale Moses. YPP has established sites in Jackson, Mississippi, Chicago, and the Greater Boston area of Massachusetts, and is developing programs in Miami, Petersburg, Virginia, Los Angeles, Ann Arbor, and Mansfield, Ohio. Each site employs between 30 and 100 high school and college age students part-time, and serves up to 1,000 elementary and middle-school students through on and off site programs.

In 2005, the Algebra Project initiated Quality Education as a Civil Right (QECR), a national organizing effort to establish a federal constitutional guarantee of quality public education for all. Throughout 2005, YPP worked with students from Baltimore, New Orleans, Los Angeles, Oakland, Miami, Jackson, Chicago and Virginia to raise awareness about QECR. The Algebra Project and YPP students from Jackson and New Orleans hosted conferences, organized a Spring Break Community Education Tour to Miami and participated in QECR planning meetings at Howard University, the University of Michigan, and Jackson State University.

A cognitive tutor is a particular kind of intelligent tutoring system that utilizes a cognitive model to provide feedback to students as they are working through problems. This feedback will immediately inform students of the correctness, or incorrectness, of their actions in the tutor interface; however, cognitive tutors also have the ability to provide context-sensitive hints and instruction to guide students towards reasonable next steps.

Founded in 1920, The National Council of Teachers of Mathematics (NCTM) is the world's largest mathematics education organization.

Physics First is an educational program in the USA, that teaches a basic physics course in the ninth grade, rather than the biology course which is more standard in public schools. This course relies on the limited math skills that the students have from pre-algebra and algebra I. With these skills students study a broad subset of the introductory physics canon with an emphasis on topics which can be experienced kinesthetically or without deep mathematical reasoning. Furthermore, teaching physics first is better suited for English Language Learners, who would be overwhelmed by the substantial vocabulary requirements of Biology.

Mathematics, Engineering, Science Achievement (MESA) is an academic preparation program for pre-college, community college and university-level students. Established in 1970 in California, the program provides academic support to students from educationally disadvantaged backgrounds throughout the education pathway so they will excel in math and science and ultimately attain four-year degrees in science, technology, engineering or math (STEM) fields. The program has successfully been replicated in over a dozen other states.

Robert Parris Moses is an American educator and civil rights activist, known for his work as a leader of the Student Nonviolent Coordinating Committee on voter education and registration in Mississippi during the Civil Rights Movement, and his co-founding of the Mississippi Freedom Democratic Party. He is a graduate of Hamilton College and completed a master's in philosophy at Harvard University.

Science, technology, engineering, and mathematics (STEM), previously science, mathematics, engineering, and technology (SMET), is a broad term used to group together these academic disciplines. This term is typically used to address an education policy or a curriculum choices in schools. It has implications for workforce development, national security concerns and immigration policy. The science in STEM typically refers to two out of the three major branches of science: natural sciences, including biology, physics, and chemistry; and formal sciences, of which mathematics is an example, along with logic and statistics. The third major branch of science, social science such as: psychology, sociology, and political science, are categorized separately from the other two branches of science, and are instead grouped together with humanities and arts to form another counterpart acronym named HASS - Humanities, Arts, and Social Sciences, rebranded in the UK in 2020 as SHAPE. Psychology however is considered a major part of STEM, besides the other 2 subjects. In the United States/ United Kingdom education system, in elementary, middle, and high schools, the term science refers primarily to the natural sciences, with mathematics being a standalone subject, and the social sciences are combined with the humanities under the umbrella term social studies.

The Harrisburg University of Science and Technology High School also known as SciTech High, located in downtown Harrisburg, Pennsylvania, welcomed its first students in September 2003. SciTech High is a regional math and science magnet school that attracts students from Harrisburg and neighboring school districts and is affiliated with the Harrisburg University of Science and Technology. Beginning with the 9th grade, SciTech High prepares students for a university curriculum, studying toward degrees in science, engineering and technology. Enrollment is limited to 400 pupils The opportunity to create a unified 9-16 curriculum is unique in the nation and represents a potentially replicable approach to bridging the frequent discontinuity between high school and higher education. The school is a federally designated Title I school.

The Science/Engineering Specialized Learning Center, or S&E(SnE), is a public high school magnet program housed within Manalapan High School, located in Englishtown, in Monmouth County, New Jersey, United States. The program, started in 1985, is designed for students with an interest in focusing on mathematical and scientific subjects.

Times2 STEM Academy is a charter school in Providence, Rhode Island that specializes in teaching science, technology, engineering, and mathematics. 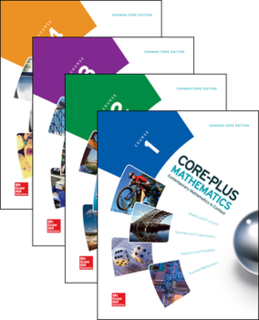 The Union County Academy for Performing Arts is a full-time four-year public magnet high school located in Scotch Plains, in Union County, New Jersey, United States, on the Union County Vocational Technical Schools Campus. Its first year was the 2008–2009 school year. While the school originally offered two majors; theatre and dance; a program in technical theatre was added in the 2015–2016 school year. The school is part of the Union County Vocational Technical Schools (UCVTS), which serves students in all of Union County. The school has been accredited by the Middle States Association of Colleges and Schools Commission on Elementary and Secondary Schools since 2017.

Remedial education is assigned to assist students in order to achieve expected competencies in core academic skills such as literacy and numeracy.

The Pelham Memorial High School is the only high school within the town of Pelham, New York, United States. It is part of the Pelham Union Free School District.

Susquehanna Township High School (STHS) is a mid-sized, public high school located in Harrisburg, Pennsylvania serving students from Susquehanna Township. The school provides grades 9 through 12. In 2014, the school had 898 pupils, with 35.9% of pupils eligible for a free lunch due to the family meeting the federal poverty level. Additionally, 13% of pupils received special education services, while 6.9% of pupils were identified as gifted. According to a report by the Pennsylvania Department of Education, 100% of its teachers were rated "Highly Qualified" under No Child Left Behind in 2014.

The Secondary School Mathematics Curriculum Improvement Study (SSMCIS) was the name of an American mathematics education program that stood for both the name of a curriculum and the name of the project that was responsible for developing curriculum materials. It is considered part of the second round of initiatives in the "New Math" movement of the 1960s. The program was led by Howard F. Fehr, a professor at Columbia University Teachers College.

David J. Dennis is a civil rights activist active in the movement since the 1960s. He grew up in the segregated area of Omega, Louisiana, and worked as co-director of the Council of Federated Organizations (COFO), as director of Mississippi's Congress of Racial Equality (CORE), and as one of the organizers of the Mississippi Freedom Summer of 1964. Dave Dennis worked closely with both Bob Moses and Medgar Evers as well as members of SNCC, the Student Nonviolent Coordinating Committee. Dennis' first involvement in the Civil Rights Movement was at a Woolworth sit-in organized by CORE and he went on to become a Freedom Rider in 1961. More recently Dennis has put his activism toward a new project, the Algebra Project, which is a nonprofit organization run by Bob Moses that aims to improve the mathematics education for minority children. Dennis also speaks about his experiences in the movement through an organization called Dave Dennis Connections. 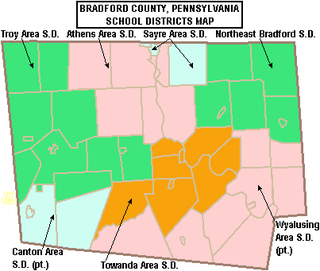