Alghoza is a paired woodwind instrument. It is traditionally used by Baloch, Saraiki, Sindhi, Kutchi, Punjabi and Rajasthani folk musicians. [2] [1] It consists of two joined beak flutes, one for melody, the second for drone. The flutes are either tied together or may be held together loosely with the hands. A continuous flow of air is necessary as the player blows into the two flutes simultaneously. [10] The quick recapturing of breath on each beat creates a bouncing, swinging rhythm. The wooden instrument initially comprised two flute pipes of the same length but over time, one of them was shortened for sound purposes. In the world of Alghoza playing, the two flute pipes are a couple — the longer one is the male and the shorter one the female instrument. With the use of beeswax, the instrument can be scaled to any tune. [11]

It originated at around 7500 BC in Mesopotamia, it then reached Iran and eventually Pakistan with some modifications. [2] Some Mesopotamian archaic paintings contain a musical instrument very similar to Alghoza. [2]

The pungi, also known as the been, or the murli, is a wind instrument, originating from the Indian subcontinent. The instrument consists of a reservoir into which air is blown and then channelled into two reed pipes. It is played with no pauses, as the player employs circular breathing. In street performances, the pungi is used for snake charming.

Sindhudesh is an idea of separate homeland for Sindhis proposed by Sindhi nationalist parties for the creation of a Sindhi state, which would be either autonomous within Pakistan or independent from it. The movement is based in the Sindh region of Pakistan and was conceived by the Sindhi political leader G. M. Syed after the independence of Bangladesh. He gave a new direction to Sindhi nationalism, founded the Jeay Sindh Tehreek in 1972 and presented the idea of Sindhudesh.

Rasool Bux Palijo was a Pakistani leftist, Marxist leader, scholar and writer. He was a leading human-rights lawyer and the leader and founder of Awami Tahreek, a progressive and leftist party.

Institute of Sindhology is one of the major resources on the history of Sindh. It was the first research institution of its kind, and brought Sindhology to the forefront of international research. Sindhology refers to knowledge about Sindh. The history and culture of Sindh has been shaped by the Indus River. This lifeline of Sindh brings minerals and soil from the Himalayas to the region, then flows into the Arabian Sea at the Indus River Delta located in Sindh. These factors define the scope of Sindhology: the study of antiquities, the relics, the history, and the culture both of ancient and modern Sindh, with particular reference to Sindhi society and literature. The institute provides a repository of this knowledge in the form of a research-oriented center of learning.

Malakhra or Malakhro is an ancient Sindhi form of wrestling in Pakistan and India, which dates back 5000 years. The match begins with both wrestlers tying a twisted cloth around the opponent's waist. Each one then holds onto the opponent's waist cloth and tries to throw him to the ground. Malakhra is one of the favorite sports among males in Sindh, Pakistan. Malakhara matches are generally held on holidays and Fridays and are a feature of all fairs and festivals. Rich feudal lords and influential persons maintain famous Malhoo (wrestlers) and organize matches for them. In the Pakistani region of Sindh, it is the provincial sport.

Sindhi nationalism also known as Sindhi Nationalist Movement was launched in the 1972 to separate Sindh from Pakistan. After Bangladesh became independent in 1971, G.M. Syed gave a new direction to nationalism and founded the Jeay Sindh Mahaz in 1972 and presented the idea of Sindhudesh; a separate homeland for Sindhis. G.M. Syed is considered as the founder of modern Sindhi nationalism. However, Sindh nationalists stand divided.

Zulfiqar Shah is a civil rights activist, journalist and writer of Sindhi origin. He was forced by the Pakistan Army to unlawfully leave the country and close down The Institute for Social Movements, Pakistan in May 2012. He resettled in Nepal, where the UNHCR approved him for refugee status. In Kathmandu, he began freelancing with newspapers and websites on the issues of Pakistan, particularly concerning Sindh and the restive province of Balochistan. He was insurrected in his house in Kathmandu and was given heavy metal poison by the Pakistani intelligence agency ISI with local facilitation; however he was rescued by local doctors. He was forced to leave Nepal, thus he left for Pakistan in December 2013. In Pakistan, he again was persecuted and threatened to be killed. He went India for medical treatment on 11 February 2013, where he was not only denied appropriate health treatment at the behest of the Pakistan High Commission in New Delhi, but was also harassed by high commission officials. He, along his wife Fatima Shah, gave a protest sit-in for 285 days near the Parliament of the Republic of India in defiance of the threats against his life committed by the Pakistan High Commission and its facilitation by the Indian authorities.

Bhagat Kanwar Ram was a Sindhi singer and Sufi poet. He was son of Tirath Bai and Tarachand and a disciple of saint Satram Das Sahib of Raharki. He was born on 13 April 1885 at village Jarwar of Sukkur (Sakhar) district and was assassinated in communal riots in Sukkur in December 1939. He was popular in both Hindu and Muslim Sindhi community of Sindh. He was assassinated in sectarian riots near Ruk railway station.

Sindhiani Tahreek is a women-led political organization formed by rural women in Sindh, the southern province of Pakistan.

The Jeay Sindh Muttahida Mahaz is one of several major separatist political parties in Sindh, Pakistan, that advocate for the separation of Sindhudesh from Pakistan. Founded in the year 2000, by the veteran Sindhi nationalists belonging to the Sindhudesh movement who left JSQM. The founder and the current Chairman of party Shafi Muhammad Burfat is living in exile in Germany under political asylum.

Saif Samejo is a musician and founder, lead vocalist and songwriter of the Pakistani Sufi folk band The Sketches. In May 2014 he opened the first music Aashram (School) in Hyderabad, Sindh named as "Lahooti Music Aashram". He composed music for Dastan-e Momal Rano on the show Coke Studio. 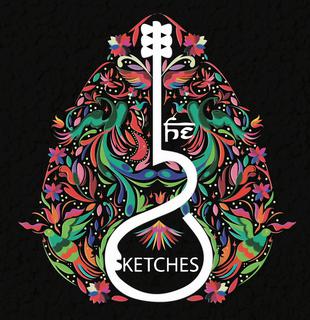 The Sketches is a Sufi folk rock band from Jamshoro, Sindh, Pakistan, created by young musician Saif Samejo. "Sindhi melody is very charming; there is enormous flexibility of words" says Saif Samejo. Their motherland has always been a major inspiration which is portrayed in their work. The love for their language and culture is aimed to bring back the departed old identity and to produce quality work in order to sensitize the world in general and the youth in specific about the grace of Sindhi language.

Sindhi Cultural Day, is a popular Sindhi Cultural festival, also known as 'Aekta Jo Dihaarro', is widely celebrated with traditional enthusiasm to spotlight the centuries-old rich culture of Sindh. The day is celebrated all over Sindh, and amongst the Sindhi diaspora around the world. Cultural day is the celebration, demonstration of culture of Sindh, Sindhis in Sindh and Sindhi diaspora all over the world celebrate this day to demonstrate the peaceful identity of Sindhi culture and acquire the attention of the world towards the rich heritage and culture of Sindh.

Khamiso Khan was a Pakistani folk artist and alghoza player from Sindh, Pakistan.

Ayaz Gul is a prominent contemporary poet from Sindh, Pakistan. His works are in the indigenous Sindhi language. He was honoured with the Pride of Performance for literature by the President Arif Alvi in 2021.

Akbar Khamiso Khan is an alghoza player from the Sindh province of Pakistan.

Nasreen Anjum Bhatti (1943–2016) was a bilingual poet, painter, radio producer and broadcaster, peace and political and rights activist and researcher. Bhatti was a progressive poet who struggled against dictatorship.