All Roads Lead to Calvary (novel)

All Roads Lead to Calvary is a 1919 novel by the British writer Jerome K. Jerome. It was one of the last works written by Jerome, better known for his Three Men in a Boat , and shows the influence of the First World War on him. It is a Bildungsroman in which a Cambridge University educated woman Joan Allway becomes a journalist and then a wartime ambulance driver. She encounters various different people, gaining new experiences and confronting many of the moral issues of the day.

In literary criticism, a Bildungsroman is a literary genre that focuses on the psychological and moral growth of the protagonist from youth to adulthood, in which character change is extremely important.

In 1921 the novel was turned into a silent British film All Roads Lead to Calvary directed by Kenelm Foss. [1]

All Roads Lead to Calvary is a 1921 British silent drama film directed by Kenelm Foss and starring Minna Grey, Bertram Burleigh and Mary Odette. It is partly based on the 1919 novel of the same name by Jerome K. Jerome. A fisherman becomes a Member of Parliament, but is torn between his career, mistress and wife. 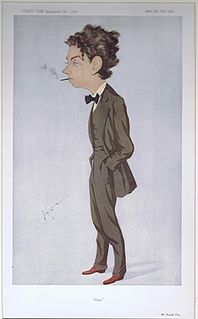 Jerome Patrick Flynn is an English actor and singer. He is best known for his roles as Paddy Garvey of the King's Fusiliers in the ITV series Soldier Soldier, Fireman Kenny 'Rambo' Baines in the pilot of London's Burning, Bronn in the hit HBO series Game of Thrones, and Bennet Drake in Ripper Street.

Aidan Gillen is an Irish actor. He is known for his portrayal of Petyr "Littlefinger" Baelish in the HBO series Game of Thrones (2011–2017), Tommy Carcetti in the HBO series The Wire (2004–2008), Stuart Alan Jones in the Channel 4 series Queer as Folk (1999–2000), John Boy in the RTÉ series Love/Hate (2010–2011) and CIA operative Bill Wilson in The Dark Knight Rises (2012). He also hosted seasons 10 through 13 of Other Voices. Gillen has won three Irish Film & Television Awards and has been nominated for a British Academy Television Award, a British Independent Film Award, and a Tony Award.

Samuel Peter W. Riley is an English actor and singer. He is best known for his performance in the 2007 biographical film Control about the life of Ian Curtis, as protagonist Sal Paradise in the 2012 adaptation of the Jack Kerouac novel On the Road, and as Diaval in the 2014 film Maleficent. 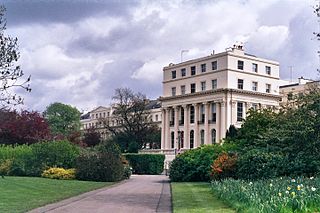 Chester Terrace is one of the neo-classical terraces in Regent's Park, London. The terrace has the longest unbroken facade in Regents Park, of about 280 metres (920 ft). It takes its name from one of the titles of George IV before he became king, Earl of Chester. It now lies within the London Borough of Camden.

Calvary is the hill in Jerusalem where Jesus was crucified.

Three Men in a Boat is a 1933 British comedy film directed by Graham Cutts and starring William Austin, Edmund Breon, Billy Milton and Davy Burnaby. It is based on the novel Three Men in a Boat by Jerome K. Jerome which depicts three men and a dog's adventure during a boat trip along the River Thames. 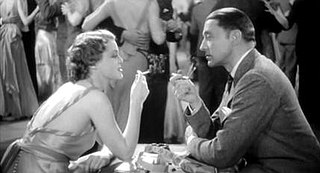 The Lonely Road is a 1936 British drama film directed by James Flood and starring Clive Brook, Victoria Hopper, Nora Swinburne and Malcolm Keen. The film was released in the United States as Scotland Yard Commands. 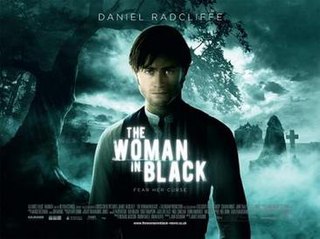 The Woman in Black is a 2012 supernatural horror film directed by James Watkins and written by Jane Goldman. It is the second adaptation of Susan Hill's 1983 novel of the same name, which was previously filmed in 1989. The film stars Daniel Radcliffe in the lead role, alongside Ciarán Hinds, Janet McTeer, Sophie Stuckey, and Liz White. The plot is set in early 20th-century England and follows a young, recently widowed lawyer who travels to a remote village where he discovers the vengeful ghost of a scorned woman is terrorizing the locals.

John Michael McDonagh is a screenwriter and film director with British and Irish nationality. He wrote and directed The Guard (2011) and Calvary (2014), both films starring Brendan Gleeson, receiving a BAFTA Award nomination for the former. He was born in London in 1967. He is the older brother of playwright and filmmaker Martin McDonagh.

Marie Odette Goimbault was a French-born film actress. She acted during the silent era under the name Mary Odette.

Roy Travers was a British actor. Travers appeared in a number of films made by Astra Films.

Roses of Picardy is a 1927 British silent war film directed by Maurice Elvey and starring Lillian Hall-Davis, John Stuart and Humberston Wright. The title is a reference to the popular First World War song Roses of Picardy. It was based on the novels The Spanish Farm (1924) Sixty-Four, Ninety-Four (1925) by R.H. Mottram. It was made at the Cricklewood Studios in London.

Calvary is a 2014 Irish black comedy drama film written and directed by John Michael McDonagh. It stars Brendan Gleeson, Chris O'Dowd, Kelly Reilly, Aidan Gillen, Dylan Moran, Domnhall Gleeson, M. Emmet Walsh and Isaach de Bankolé. The film began production in September 2012 and was released in April 2014 in Ireland and the United Kingdom, in July in Australia and in August 2014 in the United States. The film was screened at the 2014 Sundance Film Festival and at the 64th Berlin International Film Festival.

Victory is a 1940 film directed by John Cromwell and starring Fredric March, Cedric Hardwicke, and Betty Field. It was based on the popular novel by Joseph Conrad. On the eve of the American entry into World War II, the often-filmed Conrad story of a hermit on an island invaded by thugs was refashioned into a clarion call for intervention in the war in Europe, at the height of American isolationism.

Charles Vane was a British stage and film actor. Vane appeared in more than fifty films during the silent era including the lead in When It Was Dark (1919).