Diary of a Pilgrimage

Diary of a Pilgrimage is a novel by Jerome K. Jerome published in 1891. It tells of a trip undertaken by Jerome and his friend "B" to see the Oberammergau Passion Play in Germany. 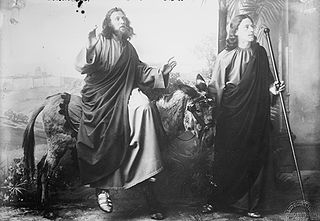 Oberammergau Passion Play is a passion play performed since 1634 as a tradition by the inhabitants of the village of Oberammergau, Bavaria, Germany. It was written by Othmar Weis, J A Daisenberger, Otto Huber, Christian Stuckl, Rochus Dedler, Eugen Papst, Marcus Zwink, Ingrid H Shafer, and the inhabitants of Oberammergau, with music by Dedler. Since its first production it has been performed on open-air stages in the village. The text of the play is a composite of four distinct manuscripts dating from the 15th and 16th centuries.

They travel by train from London Victoria to Dover and have a rough overnight crossing of the Channel to Ostend and thence by train to Cologne where they spend a night in a hotel. The following day they visit Cologne Cathedral before catching the train to Munich, travelling alongside the Rhine. They spend Sunday in Munich where Jerome practices his German before catching a train to Oberau and then a carriage to Oberammergau to see the play. They return via Heidelberg. 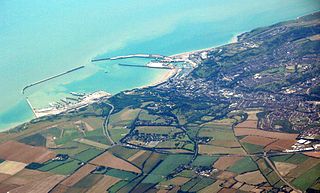 Dover is a major ferry port in Kent, South East England. It faces France across the Strait of Dover, the narrowest part of the English Channel, and lies south-east of Canterbury and east of Maidstone. The town is the administrative centre of the Dover District and home of the Dover Calais ferry through the Port of Dover. The surrounding chalk cliffs are known as the White Cliffs of Dover. 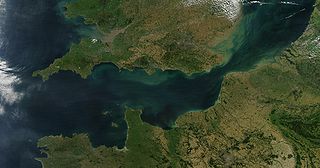 Ostend is a Belgian coastal city and municipality, located in the province of West Flanders. It comprises the boroughs of Mariakerke, Raversijde, Stene and Zandvoorde, and the city of Ostend proper – the largest on the Belgian coast.

As well as describing the journey and the characters they meet the book also contains a number of humorous asides including : 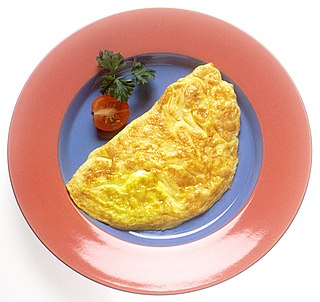 In cuisine, an omelette or omelet is a dish made from beaten eggs fried with butter or oil in a frying pan. It is quite common for the omelette to be folded around a filling such as cheese, chives, vegetables, mushrooms, meat, or some combination of the above. Whole eggs or egg whites are beaten, sometimes with a small amount of milk, cream, or water.

Travel is the movement of people between distant geographical locations. Travel can be done by foot, bicycle, automobile, train, boat, bus, airplane, ship or other means, with or without luggage, and can be one way or round trip. Travel can also include relatively short stays between successive movements. 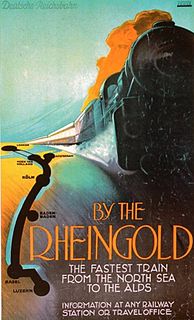 The Rheingold ('Rhinegold') was a named train that operated between Hoek van Holland, near Rotterdam, and Geneva, Switzerland, a distance of 1,067 kilometres (663 mi), until 1987. Another section of the train started in Amsterdam and was coupled to the Hoek cars in Utrecht. The Rheingold ran along the Rhine River via Arnhem, Netherlands, and Cologne, Germany, using special luxury coaches. It was named after Richard Wagner's Das Rheingold opera, which romanticized the Rhine. From 1965 until the train's discontinuation in 1987, the Rheingold was a first-class-only Trans Europ Express (TEE) train.

Max Streibl was a German politician of the CSU party and the eighth Minister President of Bavaria. 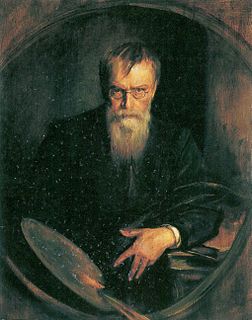 Franz Seraph Lenbach, after 1882, Ritter von Lenbach was a German painter; known primary for his portraits of prominent personalities from the nobility, the arts, and industry. Because of his standing in society, he was often referred to as the "Malerfürst". 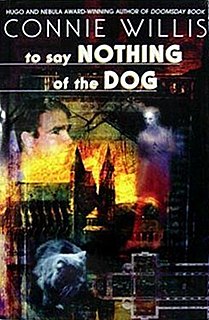 To Say Nothing of the Dog: or, How We Found the Bishop's Bird Stump at Last is a 1997 comic science fiction novel by Connie Willis. It used the same setting which includes time-traveling historians she explored in her story Fire Watch and novels Doomsday Book (1992) and Blackout/All Clear (2010). 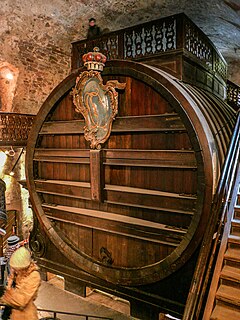 The Heidelberg Tun, or Great Heidelberg Tun, is an extremely large wine vat contained within the cellars of Heidelberg Castle. There have been four such barrels in the history of Heidelberg. In 1751, the year of its construction, the present one had a capacity of 221,726 litres. Due to the drying of the wood its current capacity is 219,000 litres. One hundred and thirty oak trees were reputedly used in its construction. It has only rarely been used as a wine barrel, and in fact presently enjoys more use as a tourist attraction, and also as a dance floor since one was constructed on top of the tun.

Gottfried Böhm is a German architect.

Betsy and the Great World (1952) is the ninth volume in the Betsy-Tacy series of children's fiction by Maud Hart Lovelace. The novel is set in 1914 and focuses on the newly adult Betsy Ray's adventures while spending a year traveling through Europe in place of attending college. The novel is based on the journals of the author's own trip to Europe during 1914. The novel discusses the buildup of troops in Germany prior to World War I, and also includes an account of England's declaration of war.

Franz Osten was a German filmmaker who along with Himansu Rai was among the first retainers of Bombay Talkies. Osten partnered with Rai on a number of India's earliest blockbuster films like Achhut Kanya and Jeevan Naiya. 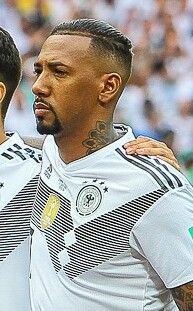 Jérôme Agyenim Boateng is a German professional footballer who plays as a defender for Bayern Munich and the Germany national team. 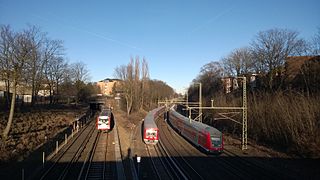 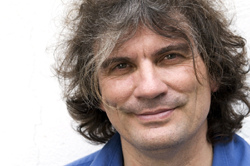 Joscha Remus is a German author. Remus comes from a bukovinish-Moselle Franconian family. He studied biology, German and philosophy in Trier and Berlin. After traveling abroad and then working on a medical journal, he trained in Berlin, Rome and London where he worked as a children's physiotherapist developing methods of "motor intelligence". 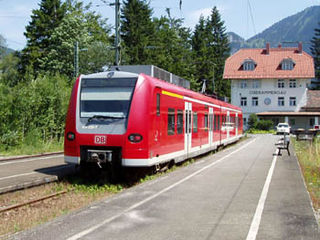 The Ammergau Railway or Ammergaubahn is a single-tracked, electrified railway line in Bavaria in southern Germany. It runs from Murnau to Oberammergau, its latter stages following the valley of the river Ammer from which it derives its name. This stub line to Oberammergau branches off at Murnau from the Munich–Garmisch-Partenkirchen main line.

Anton Lang was a German studio potter and an actor in the Oberammergau Passion Play. He played the role of Jesus Christ in 1900, 1910, and 1922. He was the Prologue Speaker in 1930 and again in the Jubilee Production of 1934.

The Munich–Garmisch-Partenkirchen railway is a single track, electrified main line railway in the southern part of the German state of Bavaria. It runs from Munich via Starnberg and Murnau to Garmisch-Partenkirchen. The first part of it was opened in 1854 and is one of the oldest lines in Germany.