The American Line was a shipping company founded in 1871 and based in Philadelphia, Pennsylvania. It began as part of the Pennsylvania Railroad, although the railroad got out of the shipping business soon after founding the company. In 1902, it became part of the International Navigation Co., with the American Line generally handling traffic between the United States ports of Philadelphia and New York City and the British ports of Liverpool and Southampton. Sister company Red Star Line handled traffic between America and the European continent, primarily through Antwerp, Belgium. The company's most prominent president was Clement Griscom, who led the company from 1888 to 1902 and worked as a company executive for its entire existence. During its existence, the company was the largest American shipping company, rivalled only by the smaller, Baltimore-based Atlantic Transport Lines, although this distinction is a marginal one, as all American oceanic shipping concerns were dwarfed by British companies such as the White Star Line or Cunard Line and German ones such as HAPAG.

The company became much larger when it bought out the Inman Line in 1886. In 1902, Griscom decided to merge his company with several other lines to create the International Mercantile Marine Company. The American name continued to exist under the IMM banner, but it was not until the trust's failure in 1932 that the American pieces of the combine were once again solely under the American flag, this time in the guise of United States Lines.

The Reading Company was a railroad in southeast Pennsylvania and neighboring states whose final iteration ran from 1924 until 1976, when it was absorbed by Conrail. The Reading’s oldest corporate predecessor, however, was the Schuylkill and Susquehanna Navigation Company incorporated, a canal company, making the Reading the oldest railroading corporation in the United States.

The Delaware and Hudson Railway (D&H) is a railroad that operates in the Northeastern United States. In 1991, after more than 150 years as an independent railroad, the D&H was purchased by the Canadian Pacific Railway (CP). CP operates D&H under its subsidiary Soo Line Corporation which also operates Soo Line Railroad.

The Philadelphia, Wilmington and Baltimore Railroad (PW&B) was an American railroad company itself a result of merger of four small lines dating from the earliest days of American railroading in the late 1820s and early 1830s, that operated from 1836, until being bought by a larger regional line in 1881, with a merger into a longer Northeast Corridor railway in 1902. It built the first rail line south from Philadelphia into The South. 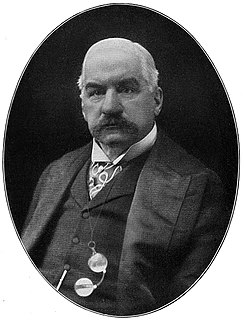 The International Mercantile Marine Company, originally the International Navigation Company, was a trust formed in the early twentieth century as an attempt by J.P. Morgan to monopolize the shipping trade.

The Red Star Line was a shipping line founded in 1871 as a joint venture between the International Navigation Company of Philadelphia, which also ran the American Line, and the Société Anonyme de Navigation Belgo-Américaine of Antwerp, Belgium. The company's main ports of call were Antwerp in Belgium, Liverpool and Southampton in the United Kingdom and New York City and Philadelphia in the United States.

The International Navigation Company (INC) was a Philadelphia-based holding company owning 26 ships totaling 181,000 tons and carried more passengers than either Cunard or White Star, when the company was reorganized as International Mercantile Marine in 1902. INC was formed in 1871 with the backing of the Pennsylvania Railroad to operate foreign flagged vessels on transatlantic routes to Philadelphia. Clement Griscom, the company's general manager, entered into an agreement with the Belgian Government to establish the Red Star Line to operate a mail service out of Antwerp to Philadelphia and New York. This subsidiary would provide most of the company's profits for the next 30 years. 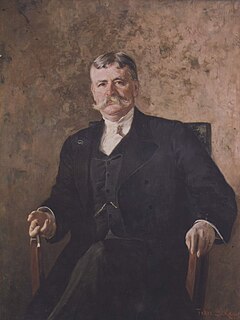 Clement Acton Griscom was an American shipping magnate and financier.

USS Houston (AK-1) was a cargo ship that was acquired by the U.S. Navy for service in World War I. During World War II, she served as a commercial cargo ship under charter to the United States Lines by the War Shipping Administration.

The Pennsylvania class steamships—Pennsylvania, Ohio, Indiana and Illinois—were a class of four cargo-passenger liners built by the Philadelphian shipbuilder William Cramp & Sons in 1872–73. Intended for the newly established American Line, the four ships were at the time the largest iron ships yet built in the United States, and were launched with considerable fanfare. Upon entering service in 1874, they also became the first American-built steamships to challenge British dominance of the transatlantic trade since the American Civil War.

SS Ohio was an iron passenger-cargo steamship built by William Cramp & Sons in 1872. The second of a series of four Pennsylvania-class vessels, Ohio and her three sister ships—Pennsylvania, Indiana and Illinois—were the largest iron ships ever built in the United States at the time of their construction, and amongst the first to be fitted with compound steam engines. They were also the first ships to challenge British dominance of the transatlantic trade since the American Civil War. 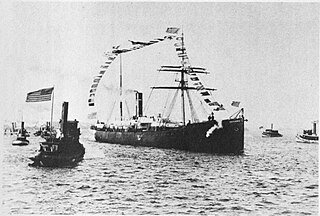 SS Indiana was an iron passenger-cargo steamship built by William Cramp & Sons in 1873. The third of a series of four Pennsylvania-class vessels, Indiana and her three sister ships – Pennsylvania, Ohio and Illinois – were the largest iron ships ever built in the United States at the time of their construction, and among the first to be fitted with compound steam engines. They were also the first ships to challenge British dominance of the transatlantic trade since the American Civil War. 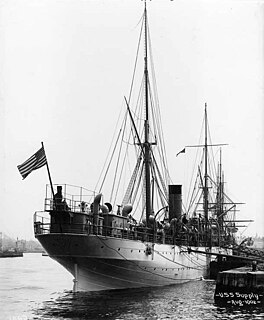 SS Illinois was an iron passenger-cargo steamship built by William Cramp & Sons in 1873. The last of a series of four Pennsylvania-class vessels, Illinois and her three sister ships—Pennsylvania, Ohio and Indiana—were the largest iron ships ever built in the United States at the time of their construction, and amongst the first to be fitted with compound steam engines. They were also the first ships to challenge British dominance of the transatlantic trade since the American Civil War.

SS Merion was an ocean liner built in 1902 for the American Line, a subsidiary line of the International Mercantile Marine (IMM). She also sailed for the Red Star Line and the Dominion Line—both subsidiary lines of IMM—during her passenger career. After the outbreak of World War I she was bought by the British Admiralty and converted to serve as a decoy resembling the Royal Navy battlecruiser HMS Tiger. In May 1915, while posing as Tiger in the Aegean Sea, Merion was sunk by the German submarine SM UB-8.

The Gulf and Ship Island Railroad (G&SI) was constructed in the state of Mississippi, USA, at the turn of the 20th century to open a vast expanse of southern yellow pine forests for commercial harvest. In spite of economic uncertainty, entrepreneurs William H. Hardy and Joseph T. Jones successfully completed railroad construction. The railroad resulted in the development of a seaport and expansion of cities along its route.

SS Cretic was an ocean liner built in 1902. She was operated by several shipping lines, all of which were part of the International Mercantile Marine Company, under several names during her career, which came to an end when she was scrapped in 1929.

SS Rhynland was a passenger ship owned by the Red Star Line. She was built in 1879 by Barrow Shipbuilding Company. The ship was sold to Italy in 1906, renamed Rhyna, and was subsequently scrapped.