Beane was educated at St John's College, Nottingham and ordained in 2003. [3] After a curacy at Thorpe St Andrew he held incumbencies at Horsham St Faith and then Aylsham [4] until his appointment as Archdeacon. [5] 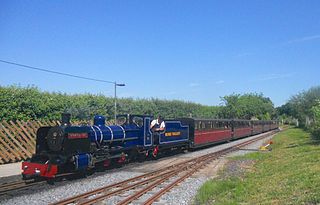 The Archdeacon of Rochdale is a senior ecclesiastical officer within the Diocese of Manchester.

The archdeacons in the Diocese of Liverpool are senior ecclesiastical officers in the Church of England in a highly irregular area surrounding the city of Liverpool. They are the archdeacons of Liverpool, of St Helens and Warrington, of Knowsley and Sefton, and of Wigan and West Lancashire; each one has responsibility over a geographical area within the diocese. The archdeacons are responsible for the disciplinary supervision of the clergy within their archdeaconries.

Mark Andrew Butchers is a British Anglican priest who served as Archdeacon of Barnstaple, 2015– 2020.

Christopher David Futcher is a British Anglican priest who has been Archdeacon in Cyprus since his collation on 7 September 2019; he was previously Archdeacon of Exeter since 2012.

Barry Dugmore is an Anglican priest who has served as Archdeacon Missioner in the Diocese of Coventry since October 2019.

Nicholas Stephen Shutt has been Archdeacon of Plymouth since 2019.

Hilary Joan Dawson is a British Anglican priest. Since 2019, she has served as Archdeacon of Gloucester in the Church of England Diocese of Gloucester.

Andrew Stuart Grimwood is an Anglican priest in the Church in Wales.