Antony Peter Jenkins (born 11 July 1961) is a British business executive. Since 2016 he has been the chief executive officer of 10x Future Technologies, which he founded. He was the group chief executive of Barclays from 30 August 2012 until his dismissal on 8 July 2015.

Jenkins grew up in Stoke-on-Trent, [1] and was educated at Oxford University, [2] where he received a Bachelor's degree in Philosophy, Politics and Economics. He also holds an MBA from Cranfield School of Management at Cranfield University. [3]

Jenkins began his career in finance at Barclays as a graduate in 1983, but subsequently moved to Citigroup where he was promoted to lead the company's branded credit card business. In 2006, he returned to Barclays to take over the company's Barclaycard division. In 2009, Jenkins was promoted to chief executive of the retail and business banking group and asked to join the executive committee. [1] [4]

Jenkins was appointed as Barclays' group chief executive on 30 August 2012. [5] In February 2014, he announced he would be declining his bonus for 2013 following a series of scandals. [6] On 8 July 2015 it was announced that he had been sacked by Barclays after a dispute with the board over the size of the investment bank and the pace of cost cutting. Barclays' deputy chairman Sir Michael Rake said a "new set of skills" was required at the head of the group. [7]

Jenkins served on the board of Visa Europe Ltd from 2008 until 2011. He is a member of the steering group for the Big Innovation Centre – an initiative of the Work Foundation and Lancaster University. He is also closely involved with a number of charitable institutions as well and is a Patron for Government Employee Engagement. [10]

In June 2016 he was appointed shadow chair of the Institute for Apprenticeships by the Department for Business, Innovation and Skills, prior to its formal operational start in 2017. [15]

Jenkins met his wife, Amanda Benson, during his student days [16] and they married in 1984. The couple have two children. He is an ardent music lover who says he listens to rock, jazz, or classical music. [3]

Cranfield University is a British postgraduate and research-based public university specialising in science, engineering, technology and management. Cranfield was founded as the College of Aeronautics in 1946. Through the 1950s and 1960s, the development of aircraft research led to growth and diversification into other areas such as manufacturing and management, and in 1967, to the founding of the Cranfield School of Management. In 1969, the College of Aeronautics was renamed the Cranfield Institute of Technology, was incorporated by Royal Charter, gained degree awarding powers, and became a university. In 1993, it adopted its current name. 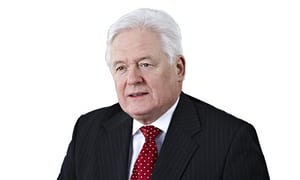 John McFarlane OBE is a British businessman. He served as Group Chairman of Barclays from 2015 to 2019.

John Silvester Varley is an English banker who was the group chief executive of Barclays from 2004 to 2011.

Cranfield School of Management, established in 1967, is a business school that is part of Cranfield University in Bedfordshire, United Kingdom. It was ranked among the Top 30 European Business Schools by the Financial Times in 2017. Cranfield School of Management is triple accredited by the Association of MBAs (AMBA), EQUIS and AACSB. It is particularly well known for its MSc Logistics & Supply Chain Management, MSc Finance and Management, MSc Management as well as its MBA programme. Cranfield University, the UK's only wholly postgraduate university, specialises in science, technology, engineering, and management.

Finastra is a financial technology company based in London. The firm was formed in late 2017 through the combination of D+H and Misys, after Vista Equity Partners acquired Misys in June 2012 and subsequently purchased D+H in 2017.

Sir Hector William Hepburn Sants is a British investment banker. He was appointed Chief Executive Officer of the Financial Services Authority in July 2007 and stepped down in June 2012. He took up a new position with Barclays Bank at the end of January 2013, but resigned from the bank on 13 November 2013.

Hugh E. "Skip" McGee III is an American investment banker who was formerly a senior executive at Lehman Brothers and Barclays. He is presently co-founder and Chief Executive Officer of Intrepid Financial Partners, a power and energy focused merchant bank.

James Edward "Jes" Staley, is an American banker, and the group chief executive (CEO) of Barclays. Staley has nearly four decades of extensive experience in banking and financial services. He spent 34 years at J.P. Morgan's investment bank, ultimately becoming CEO. In 2013 he moved to BlueMountain Capital, and on December 1, 2015 he became CEO of Barclays.

Roger Allan Jenkins is a British financier currently awaiting trial for conspiracy to commit fraud and the provision of unlawful financial assistance by the Serious Fraud Office. In May 2018, the charges brought against Barclays Bank were dismissed by the court, but the charges against Jenkins were retained. In February 2020, Jenkins, along with Thomas Kalaris and Richard Boath, were found not guilty on all charges.

Martin Blessing is a German banker and business person.

Sergio Pietro Ermotti is a Swiss investment banker and former stock trader. He has been the chief executive officer (CEO) of UBS Group AG since November 2011. Ermotti is slated to succeed Walter Kielholz as the incoming chairman of Swiss Re, Switzerland's largest reinsurance company, in 2021. He previously served as the deputy chief executive for Italian bank UniCredit, from 2007 to 2010.

Smart Pension is a pensions and retirement technology business, running a defined contribution master trust pension scheme setup for employers to automatically enrol employees in a workplace pension scheme, and delivering pensions technology platforms in partnership with other financial institutions.