The ABA was established in 1963 to serve, promote and representing its members, and advocate for fair and equal justice for all. [1] The ABA’s members are barristers registered to practise law in Australia and who are also members of a State or Territory Bar Association. [2]

The ABA's vision is to be the national voice for the independent Bars of Australia. The ABA supports its members and the community by delivering services to promote the rule of law and access to justice; foster a collegiate, inclusive and diverse national association of barristers; maintain and enhance professional standards; and provide opportunities for members to enhance professional performance. [3]

The current President of the ABA is Matthew Howard SC, who was previously the President of the Western Australia Bar Association. Dr Matthew Collins AM QC and Kylie Nomchong SC are current Vice Presidents. Peter Dunning QC is Treasurer and Ian Robertson SC is chair of the Advocacy Training Council.

The ABA's constituent Bar Associations are:

The previous five Presidents [4] of the ABA are:

A number of previous Presidents of the ABA have subsequently been appointed to Federal and State Courts and Tribunals.

In the United Kingdom and in some Commonwealth countries, a Queen's Counsel during the reign of a queen, or King's Counsel during the reign of a king, is a lawyer who is a senior counsel in court cases; in important cases each side is typically led by one. Technically, they are appointed by the monarch of the country to be one of 'Her [His] Majesty's Counsel learned in the law'. The position originated in England. Some Commonwealth countries have either abolished the position, or renamed it so as to remove monarchical connotations, for example, ’Senior Counsel’ or 'Senior Advocate'.

The title of Senior Counsel or State Counsel is given to a senior lawyer in some countries that were formerly part of the British Empire. "Senior Counsel" is used in current or former Commonwealth countries or jurisdictions that have chosen to change the title "Queen's Counsel" to a name without monarchical connotations, usually related to the British monarch that is no longer head of state, such that reference to the Queen is no longer appropriate. Examples of jurisdictions which have made the change because of the latter reason include Mauritius, Zambia, India, Hong Kong, the Republic of Ireland, South Africa, Kenya, Malawi, Singapore, Guyana and Trinidad and Tobago. Jurisdictions which have retained the monarch as head of state, but have nonetheles opted for the new title include some states and territories of Australia, as well as Belize. 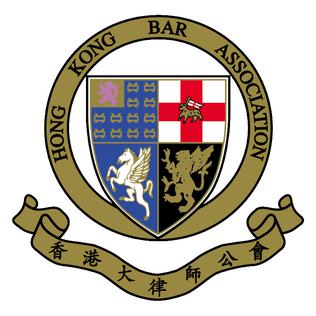 Thomas Eyre Forrest Hughes AO QC is a former Australian barrister and politician. A member of the Liberal Party, he served as Attorney-General in the Gorton Government from 1969 to 1971 and was a member of the House of Representatives from 1963 to 1972, representing the New South Wales seats of Parkes and Berowra. He is a former president of the New South Wales Bar Association and was one of Sydney's most prominent barristers for a number of decades. Along with Andrew Peacock, Hughes is the last surviving member of the Second Gorton Ministry (1969-1971) from the Liberal Party.

Kevin Fredrick O'Leary QC was the second Chief Justice of the Supreme Court of the Northern Territory. He was appointed to that position on 12 September 1985 after James Muirhead had acted in the position following the relocation to Perth of the Territory's first Chief Justice William Forster earlier that year.

Brian Thomas Sully was an Australian judge and legal scholar. He served as a Justice of the Supreme Court of New South Wales from 1989 to 2007.

Ian McClelland Barker is an Australian barrister and Queen's Counsel. He was the first Solicitor-General of the Northern Territory and is a former president of the NSW Bar Association. Barker retired as a barrister in 2017. 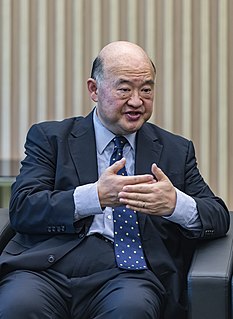 Geoffrey Ma Tao-li is a Hong Kong judge who served as the 2nd Chief Justice of the Hong Kong Court of Final Appeal—the court of last resort in Hong Kong. Between 2001 and 2010, he held various positions in the High Court of Hong Kong, including Chief Judge, Justice of Appeal, and Judge of the Court of First Instance. Before his judicial career, he was a barrister-at-law in private practice at Temple Chambers, and was qualified to practice in England and Wales, Hong Kong, Australia and Singapore.

Ian Freckelton QC is an Australian barrister, judge, international academic, and high-profile legal scholar and jurist. He is known for his extensive writing and speaking in more than 30 countries on issues related to health law, expert evidence, criminal law, tort law, therapeutic jurisprudence and research integrity. Freckelton is a member of the Victorian Bar Association, the Tasmanian Bar Association, and the Northern Territory Bar Association in Australia.

Fiona Margaret McLeod is an Australian barrister practising at the Victorian Bar.

Dr Matthew John Collins is an Australian barrister. He practises predominantly in media law, particularly defamation, as well as constitutional and commercial law. He is best known for having acted in a number of high profile defamation and free speech cases. In the Queen’s Birthday honours list for 2019 he became a member of the Order of Australia (AM) for “significant service to the law, to legal standards, and to education.”

Jacqueline Sarah Gleeson SC is an Australian judge. She has been a judge of the Federal Court of Australia, based in Sydney, since April 2014. In October 2020 it was announced that she and Simon Steward would be appointed to the High Court to fill the vacancies caused by the retirements of Geoffrey Nettle and Virginia Bell.

Wendy Anne Harris QC is an Australian barrister, former president of the Victorian Bar and past president of the Commercial Bar Association of Victoria. She is a commercial barrister and Queen's Counsel specialising in complex disputes, transactional advice and class actions. [[File:Wendy Harris .jpg|thumb|326x326px|]

Wentworth Chambers is a chamber of barristers in Sydney, Australia. The chambers was established in 1957 and now comprises 13 sets of autonomous barristers chambers, the NSW Bar Association and two Supreme Court of New South Wales courts.