This is the story of an eccentric young man, Ashok (Dharmendra) who believes in doing good without worrying about the consequences. This does not find any favor with his sister-in-law Sarla (Sulochana), and she decides to leave the house. But he persuades her to come back, and he decides to relocate and not cause any more trouble for Sarla. On his way he has a skirmish with the princess Rajkumari Seema (Hema Malini) who he teaches a lesson to respect the poor and food grown in the fields. When he arrives in the city, due to his misfortune, he lands a job at a factory run by the Rajkumari, and immediately gets into the bad books of Prem (Prem Chopra) to whom the Rajkumari is engaged to be married. The Rajkumari also decides to teach him a lesson for the humiliation she suffered at his hands. But things work out differently, and Ashok ends up saving the life of the Rajkumari, and she falls in love with him. This jeopardizes the plans that Rajkumari's uncle (Ajit) has for her and her bethrothed Prem, and a horrifying scheme is concocted to stop the love and possible future relationship of Rajkumari and Ashok. 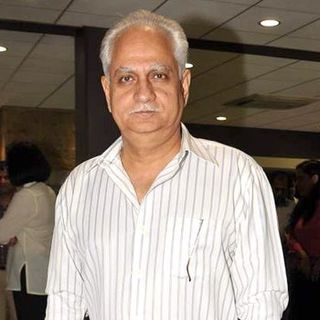 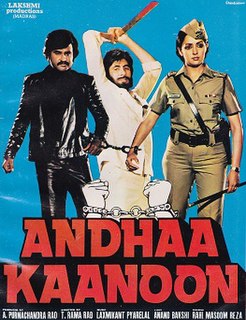 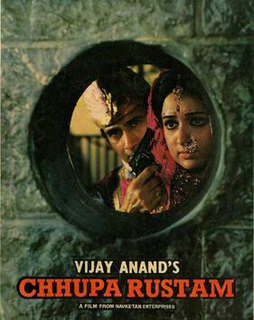 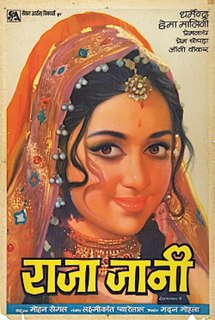 Raja Jani is a 1972 Bollywood film, produced by Madan Mohla, directed by Mohan Segal, and written by S. Ali Raza. The film stars Dharmendra, Hema Malini, Premnath, Prem Chopra, Johnny Walker, Durga Khote, Sajjan, Helen and Bindu. The music is by Laxmikant–Pyarelal. It was the fourth highest-grossing film of the year. It was loosely based on the 1956 American movie Anastasia. It was remade in Tamil in 1983 as Adutha Varisu. 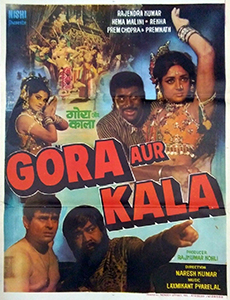 Gora Aur Kala is a 1972 Indian Hindi-language film, produced by Rajkumar Kohli and directed by Naresh Kumar. The film stars Rajendra Kumar in a double role, Hema Malini, Rekha, Premnath, Prem Chopra, Madan Puri and Jagdeep. The film's music is by Laxmikant–Pyarelal. The movie is a remake of the 1971 Tamil movie Neerum Neruppum, which was based on the 1844 French novella The Corsican Brothers, by Alexandre Dumas. The film became a hit at box office.

Tum Haseen Main Jawan is a 1970 Hindi movie directed by Bhappi Sonie. The film stars Dharmendra, Hema Malini, Pran, Helen and Rajindernath. The film was remade in Kannada as Tuvvi Tuvvi Tuvvi in 1999. 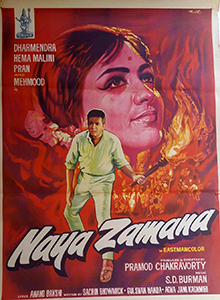 Naya Zamana is a 1971 Indian Hindi-language film produced and directed by Pramod Chakrovorty. The film stars Dharmendra, Hema Malini, Ashok Kumar, Mehmood, Pran, Lalita Pawar and Aruna Irani. The music is by S. D. Burman. It was written by Aghajani Kashmeri, who also wrote Love in Tokyo and Ziddi for Pramod Chakravorty. The movie is loosely based on the 1944 Bengali movie Udayer Pathey. 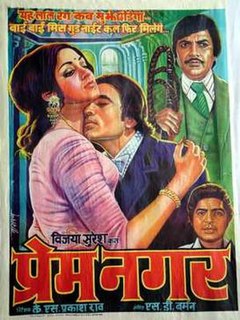 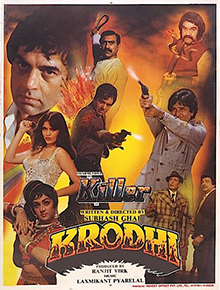 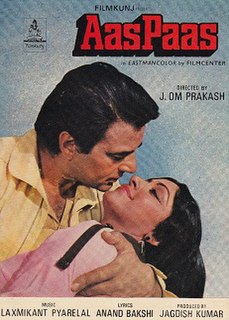 Aas Paas is a 1981 Indian Hindi-language romance film directed by J. Om Prakash and starring Dharmendra, Hema Malini and Prem Chopra. The music was by Laxmikant–Pyarelal. The film begins with a dedication to the late singer Mohammed Rafi, announcing that his last recorded song was for this film.

Dream Girl is a 1977 Indian Hindi film, directed by Pramod Chakravorty. The movie stars Hema Malini, Ashok Kumar, Dharmendra and Prem Chopra. Hema Malini was promoted as the Dream Girl from her first film and that eventually led her to star in this film. it became an average hit at the box office. 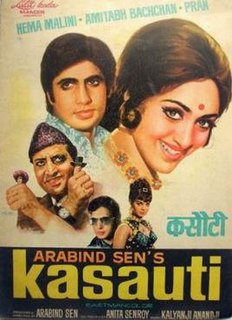 Sunehra Sansar is a 1975 Bollywood film directed by Adurthi Subba Rao. It stars Rajendra Kumar, with Mala Sinha as his wife, and Hema Malini as his past love, who has re-entered his life to seek vengeance for abandoning her years ago. 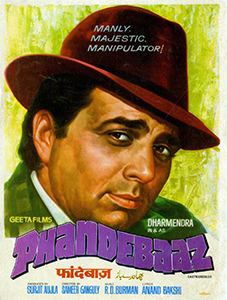