Last updated October 02, 2019
This article is about the banking term. For the 1584 document, see Bond of Association.

The (common) bond of association or common bond is the social connection among the members of credit unions and co-operative banks. Common bonds substitute for collateral in the early stages of financial system development. Like solidarity lending, the common bond has since played an important role in facilitating the development of microfinance for poor people. 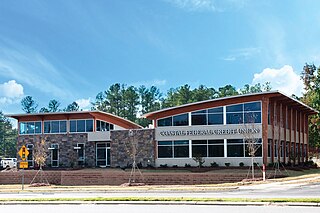 A credit union is a member-owned financial cooperative, controlled by its members and operated on the principle of people helping people, providing its members credit at competitive rates as well as other financial services. 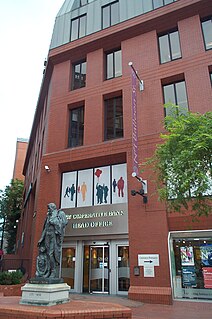 In modern financial systems, common bonds remain a key building block, especially for the strategic networks that underpin many of Europe’s co-operative banks. [1]

Hermann Schulze-Delitzsch, an early co-operative organizer, explained the concept of the ‘bond of association’ at credit union meetings in this way:

... your own selves and character must create your credit, and your collective liability will require you to choose your associates carefully, and to insist that they maintain regular, sober and industrious habits, making them worthy of credit. [2]

In his book People’s Banks (1910), Henry W. Wolff summarized the character of this ‘common bond’ based on his observations of credit unions all over Europe: [3]

There are several distinct types of bonds, corresponding to distinctive types of credit unions. For example:

Kenya, officially the Republic of Kenya, is a country in Africa with 47 semiautonomous counties governed by elected governors. At 580,367 square kilometres (224,081 sq mi), Kenya is the world's 48th largest country by total area. With a population of more than 52.2 million people, Kenya is the 27th most populous country. Kenya's capital and largest city is Nairobi while its oldest city and first capital is the coastal city of Mombasa. Kisumu City is the third largest city and also an inland port on Lake Victoria. Other important urban centres include Nakuru and Eldoret.

Debate between Schulze-Delitzsch and Raiffeisen

A bitter debate between two German credit union pioneers over the nature of bonds of association eventually ended in a tie, with Schulz-Delitzsch’s approach dominating in urban settings, and Raiffeisen’s dominating in rural ones.

The bond of association for Schulze’s larger, more urban ‘people’s banks’ required all members to contribute substantial share capital. He advocated that these banks should receive the protection of limited liability.

Friedrich Wilhelm Raiffeisen strongly opposed any share capital requirement. Arguing that most farmers had too little cash to afford share capital, he maintained that the principle of unlimited joint liability was "indispensable in small districts". It was needed "in order to prevent the Unions from excess, since it makes the administrative bodies conscious of their moral and material responsibilities." [7]

Gabriel-Alphonse Desjardins, born in Lévis, Quebec, was the co-founder of the Caisses Populaires Desjardins, a forerunner of North American credit unions and community banks. For his contribution to the advancement of agriculture in the province of Quebec, he was posthumously inducted to the Agricultural Hall of Fame of Quebec in 1994

Franz Hermann Schulze-Delitzsch was a German politician and economist. He was responsible for the organizing of the world's first credit unions. He was also co-founder of the German Progress Party.

In finance, unsecured debt refers to any type of debt or general obligation that is not protected by a guarantor, or collateralized by a lien on specific assets of the borrower in the case of a bankruptcy or liquidation or failure to meet the terms for repayment. That differs from secured debt such as a mortgage, which is backed by a piece of real estate, or gold in case of Gold Loan or other securities like Fixed Deposits, Shares or insurance papers.

UNI Financial Cooperation is the operating name of the Caisse populaire acadienne ltée, a collective of Francophone credit unions based in New Brunswick, Canada, and active mainly in that province's Acadian region. Its headquarters are in Caraquet.

Groupe Caisse d'épargne is a French semi-cooperative banking group, founded in 1818, with around 4700 branches in the country. The group is active in retail and private banking, as well as holding a significant stake in the publicly traded investment bank Natixis.

Village banking is a microcredit methodology whereby financial services are administered locally rather than centralized in a formal bank. Village banking has its roots in ancient cultures and was most recently adopted for use by micro-finance institutions (MFIs) as a way to control costs. Early MFI village banking methods were innovated by Grameen Bank and then later developed by groups such as FINCA International founder John Hatch. Among US-based non-profit agencies there are at least 31 microfinance institutions (MFIs) that have collectively created over 800 village banking programs in at least 90 countries. And in many of these countries there are host-country MFIs—sometimes dozens—that are village banking practitioners as well.

Credit unions are not-for-profit financial cooperatives. In the early stages of development of a nation's financial system, unserved and underserved populations must rely on risky and expensive informal financial services from sources like money lenders, ROSCAs and saving at home. Credit unions proved they could meet demand for financial services that banks could not: from professional, middle class and poorer people. Those that served poorer urban and rural communities became an important source of microfinance. Solidarity lending is a lending practice where small groups borrow collectively and group members encourage one another to repay. It is an important building block of microfinance.

Canada has the highest per-capita membership in credit unions in North America. More than a third of the population is a member of at least one credit union. Credit union membership is largest in Quebec, where they are known as caisses populaires, and in western Canada.

Your Credit Union (YourCU.com) is a credit union in Ontario, Canada mainly serving members across the Ottawa-Carleton, Cornwall, and rural Eastern Ontario regions. It is incorporated under the Credit Unions and Caisses Populaires Act, 1994, and is a member of the Deposit Insurance Corporation of Ontario and of Central 1 Credit Union.

London Capital Credit Union Limited is a not-for-profit member-owned financial co-operative, based in Archway and operating in the City of London and north London boroughs of Barnet, Camden, Hackney, Haringey and Islington.

Unico Banking Group was a partnership of eight European co-operative banks founded in 1977.