The Botswana Power Corporation Workers' Union (BPCWU) is a trade union affiliate of the Botswana Federation of Trade Unions in Botswana.

Botswana, officially the Republic of Botswana, is a landlocked country in Southern Africa. Botswana is topographically flat, with up to 70 percent of its territory being the Kalahari Desert. It is bordered by South Africa to the south and southeast, Namibia to the west and north, and Zimbabwe to the northeast. Its border with Zambia to the north near Kazungula is poorly defined but is, at most, a few hundred metres long.

The economy of Botswana is currently one of the world's fastest growing economies, averaging about 5% per annum over the past decade. Growth in private sector employment averaged about 10% per annum during the first 30 years of the country's independence. After a period of stagnation at the turn of the 21st century, Botswana's economy registered strong levels of growth, with GDP growth exceeding 6-7% targets. Botswana has been praised by the African Development Bank for sustaining one of the world's longest economic booms. Economic growth since the late 1960s has been on par with some of Asia's largest economies. The government has consistently maintained budget surpluses and has extensive foreign-exchange reserves.

The foreign relations of Zimbabwe emphasize a close relationship with the People's Republic of China and South Africa, nations with close economic ties to Zimbabwe.

The Southern African Development Community (SADC) is an inter-governmental organization headquartered in Gaborone, Botswana. Its goal is to further socio-economic cooperation and integration as well as political and security cooperation among 16 southern African countries. 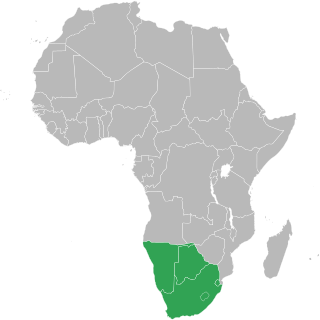 The Southern African Customs Union (SACU) is a customs union among five countries of Southern Africa: Botswana, Eswatini, Lesotho, Namibia and South Africa. Its headquarters are in the Namibian capital, Windhoek. It was established in 1910. 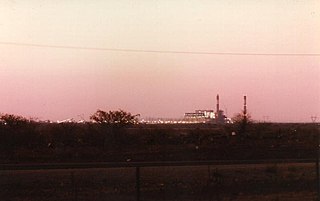 Morupule Thermal Power Station is a coal-fired power station in Botswana. It is responsible for an estimated 80 percent of the country's domestic power generation.

The Botswana Railways Amalgamated Workers' Union (BRAWU) is a trade union affiliate of the Botswana Federation of Trade Unions in Botswana.

The Botswana Construction Workers' Union (BCWU) is a trade union affiliate of the Botswana Federation of Trade Unions in Botswana.

The Botswana Housing Corporation Staff Union (BHCSU) is a trade union affiliate of the Botswana Federation of Trade Unions in Botswana.

The Botswana Saving Bank Employees' Union (BSEU) is a trade union affiliate of the Botswana Federation of Trade Unions in Botswana.

Trade unions in Botswana operate within a longstanding democratic system in which the government of Botswana has ratified the International Labour Organization's core conventions, including Conventions 87 and 98.

Botswana–Russia relations date back to 6 March 1970 when Botswana and the Soviet Union established diplomatic relations.

Energy in Botswana is a growing industry with tremendous potential. Botswana has significant reserves of coal, estimated at over 200 billion tons. No petroleum reserves have been identified and all petroleum products are imported refined, mostly from South Africa. There is extensive woody biomass from 3 to 10t / hectare.

Botswana Power Corporation (BPC) is a state owned company for electrical power generation, transmission and distribution in Botswana. It was established in 1970 and is currently the only electricity supplier in the country. BPC produced an estimated 1,052 GWh in 2007, while demand was estimated to 2,648 GWh. BPC represents Botswana in the Southern African Power Pool. Morupule Power Station (coal-fired) in Palapye supplies 80% of domestically generated electricity, however the country is dependent on importing energy from its neighbours. Its capacity is estimated to be around 132 MW. Since the regions main power generator South Africa is experiencing its own problems with undercapacity blackouts are a problem. A plan to boost Morupule station with four new 150 MW units is underway and gathering financial support from several sources. 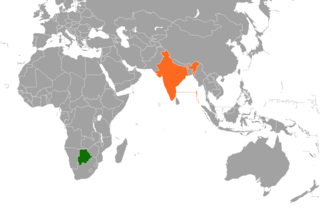 India recognized Botswana shortly after the latter's independence in 1966, and opened an embassy in Gaborone in 1987. Botswana opened its embassy in New Delhi in 2006.