The first official edition of bunkered was launched in April 1996 and was the first of four issues that year. In 1998, production was increased to five editions per year and, in 1999, was upped to six editions. Since 2002, the magazine has been published eight times per year. The magazine celebrated the publication of its 100th edition in 2010 at the Open Championship in St Andrews. [3]

In 1999, bunkered became the biggest-selling golf magazine in Scotland, a position it has continued to strengthen. [4] The magazine is renowned for its excellent blend of content, including: big-name interviews, in-depth features, top instruction tips, informed columnists and opinions, golf course reviews and information, golf holiday destinations and travel advice, as well as the very-latest, up-to-the-minute golf equipment.

The vast majority of golf's biggest names have been interviewed for the magazine through the years, such as Jack Nicklaus, Arnold Palmer, Tom Watson, Gary Player, Seve Ballesteros, Colin Montgomerie, Donald Trump and many more besides.

bunkered has also been behind many exciting initiatives and events, such as the bunkered Matchplay Challenge, which was held in 2004 and 2007. A Ryder Cup-style match, it saw teams representing the Scottish amateur and professional circuits do battle with one another.

The ongoing success of bunkered has enabled PSP Publishing to branch out and diversify its products. This included the launch of the popular, annual Scottish Golf Show in 2006.

In 1999, bunkered launched Green Fee Savers, [5] a discount golf scheme that enables recreational golfers to enjoy half-price rounds at hundreds of clubs across the UK and Ireland. It was discontinued in 2010.

bunkered and its personnel have won a number of PPA Awards. 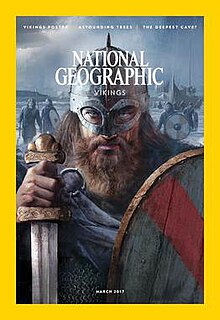 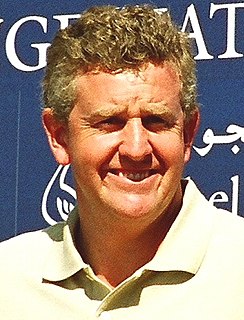 The Sunday Post is a weekly newspaper published in Dundee, Scotland, by DC Thomson, and characterised by a mix of news, human interest stories and short features. The paper was founded in 1914 and has a wide circulation across Scotland, Northern Ireland, and parts of Northern England.

Ian James Poulter is an English professional golfer who is a member of the world's top two professional golf tours, the U.S.-based PGA Tour and the European Tour. He has previously been ranked as high as number 5 in the world rankings. The highlights of Poulter's career to date have been his two World Golf Championship wins at the 2010 WGC-Accenture Match Play Championship and the 2012 WGC-HSBC Champions. He is the touring professional for Woburn Golf and Country Club.

The Quality Street Gang was a name given to a group of criminals operating in Manchester, England, in the 1960s, 1970s and 1980s. Although the group was considered by some senior officers in the Greater Manchester Police to be the instigators of much of Manchester's major crime, many others believed that the gang was nothing more than a social friendship between a group of men, most of whom had criminal records. Certainly in the 20 or so years that the group was supposedly organising the city's crime, none of its alleged members was ever convicted of serious crimes.

Runner's World is a globally circulated monthly magazine for runners of all skills sets, published by Hearst in Easton, Pennsylvania, in the United States.

The Week is a weekly news magazine with editions in the United Kingdom and United States. The British publication was founded in 1995 and the American edition started in 2001; an Australian edition was published between 2008 and 2012. A children's edition, The Week Junior, has been published in the UK since 2015. 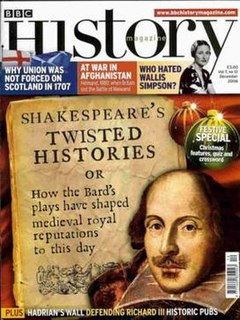 BBC History Magazine is a British publication devoted to history articles on both British and world history and are aimed at all levels of knowledge and interest. The publication releases thirteen editions a year, one per month and a Christmas special edition, and is owned by BBC Studios but is published under license by the Immediate Media Company. BBC History is the biggest selling history magazine in the UK and is growing in circulation by nearly 7% every year.

The Journal was an independent, fortnightly, local newspaper originally produced by students at seven major higher and further education institutes in Edinburgh. It was distributed at a number of locations across the city's universities and colleges, as well as at bars and cafés throughout the Scottish capital.

Glamour is an online women's magazine published by Condé Nast Publications. Founded in 1939 and first published in April 1939 in the United States, it was originally called Glamour of Hollywood.