The Cabinet of Kazimierz Marcinkiewicz was appointed on 31 October 2005 [1] and passed the vote of confidence in parliament on 10 November 2005. It was supported by 272 votes with 187 votes against (no abstentions). [2] This minority government was ruled by politicians of Law and Justice and some independents e.g. Zbigniew Religa.

Disfranchisement, also called disenfranchisement, or voter disqualification is the revocation of suffrage of a person or group of people, or a practice that has the effect of preventing a person exercising the right to vote. Disfranchisement can also refer to the revocation of power or control of a particular individual, community or being to the natural amenity they are abound in; that is to deprive of a franchise, of a legal right, of some privilege or inherent immunity. Disfranchisement may be accomplished explicitly by law or implicitly through requirements applied in a discriminatory fashion, through intimidation, or by placing unreasonable requirements on voters for registration or voting.

David Joseph Weldon is an American politician and physician. He was a Republican member of the United States House of Representatives, representing Florida's 15th congressional district, and was an unsuccessful candidate for the Republican nomination in Florida's 2012 U.S. Senate race. 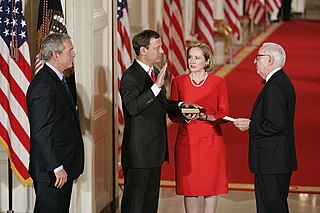 Club Centro Deportivo Olmedo is an Ecuadorian professional football club based in Riobamba, Ecuador. They currently play in the Serie A.

The Racial and Religious Hatred Act 2006 is an Act of the Parliament of the United Kingdom which creates an offence in England and Wales of inciting hatred against a person on the grounds of their religion. The Act was the Labour Government's third attempt to bring in this offence: provisions were originally included as part of the Anti-Terrorism, Crime and Security Bill in 2001, but were dropped after objections from the House of Lords. The measure was again brought forward as part of the Serious Organised Crime and Police Bill in 2004-5, but was again dropped in order to get the body of that Bill passed before the 2005 general election.

Sivasspor, officially known as Demir Grup Sivasspor due to sponsorship reasons, is a Turkish professional football club based in Sivas. Formed in 1967, the currently play in the Süper Lig. They finished fifth in the 2013–14 season, and contended for the Süper Lig title for two consecutive seasons 2007–08 and 2008–09, ultimately finishing fourth and second respectively.

Antoon J. "Tony" Huntjens is a former teacher and New Brunswick politician. A resident of St. Stephen, New Brunswick, where he taught High School for thirty-three years, he was a member of the Legislative Assembly of New Brunswick for the riding of Western Charlotte.

WWE Cyber Sunday was an annual professional wrestling pay-per-view (PPV) event produced by World Wrestling Entertainment (WWE), a professional wrestling promotion based in Connecticut. From 2004 to 2005, the event was known as Taboo Tuesday as it was held on Tuesdays; in 2006, the event was moved to the more traditional Sunday night for PPVs and was renamed to Cyber Sunday. The theme of the event was the ability for fans to vote on certain aspects of every match, using their personal computers and text messaging via mobile phones. The voting typically began in the middle of an episode of Raw a few weeks beforehand and ended during the pay-per-view, often moments before the match was slated to begin. Because of this, the event was billed as an "interactive pay-per-view." 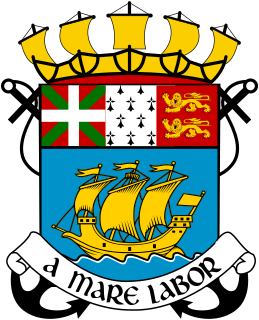 The Territorial Council is the legislative branch of the government of the French territory of Saint Pierre and Miquelon. It was previously known as the General Council, but the name was changed to Territorial Council by a new French law on 22 February 2007, a law which also increased the council's powers. The council has 19 members, elected to five year terms. The last election was on 19 March 2017.

Jagrup Brar is a Canadian politician. He is a Member of the Legislative Assembly (MLA) in British Columbia, Canada. He represented the ridings of Surrey-Panorama Ridge from 2004 to 2009 and Surrey-Fleetwood from 2009 to 2013 and since 2017 as a member of the New Democratic Party of British Columbia.

Centro Atlético Fénix is an Uruguayan sports club from Montevideo. The football team currently plays in Primera División. Fénix is one of the most popular and traditional teams of Uruguay's 2nd Division, along with Racing Club de Montevideo, which is its all-time rival.

Hacking Democracy is a 2006 Emmy nominated documentary film broadcast on HBO and created by producer / directors Russell Michaels and Simon Ardizzone, with producer Robert Carrillo Cohen, and executive producers Sarah Teale, Sian Edwards & Earl Katz. Filmed over three years it documents American citizens investigating anomalies and irregularities with 'e-voting' systems that occurred during the 2000 and 2004 elections in the United States, especially in Volusia County, Florida. The film investigates the flawed integrity of electronic voting machines, particularly those made by Diebold Election Systems, exposing previously unknown backdoors in the Diebold trade secret computer software. The film culminates dramatically in the on-camera hacking of the in-use / working Diebold election system in Leon County, Florida - the same computer voting system which has been used in actual American elections across thirty-three states, and which still counts tens of millions of America's votes today.

Natuashish is an Innu community in the Canadian province of Newfoundland and Labrador. The community is inhabited by the Mushuau Innu First Nation. Natuashish became a federal Indian reserve in 2003.

George C. Edwards is a member of the Maryland Senate.

GIF Nike is a Swedish football club located in Lomma in Skåne.

The Pro Germany Citizens' Movement was a far-right political party in Germany. It was founded in Cologne on 20 January 2005 after Pro Cologne members had been elected to the Cologne City Council. Manfred Rouhs, treasurer of the Pro Cologne movement and former candidate of the German League for People and Homeland and the National Democratic Party of Germany, was elected its first chairman. The federal party convent decided at its ninth ordinary meeting in Wuppertal on 11 November 2017 to dissolve the party.

Neil R. Ellis is a Canadian Liberal politician, who was elected to represent the riding of Bay of Quinte in the House of Commons of Canada in the 2015 federal election. In the 2019 federal election, Ellis was reelected as the Member of Parliament for the Bay of Quinte.