Cambridge Information Group (CIG) is a privately held global investment firm focusing on information services, education and technology. It began as a firm providing services to academic publishers. It is headquartered in Bethesda, Maryland.

As of 2007, CIG's operating companies are ProQuest, [1] R. R. Bowker, [2] and CIG Education Group. CIG Education Group is the owner of the Sotheby's Institute of Art, and Bach to Rock music school (B2R). In 2016 CIG sold investments in Navtech and MetaMetrics. Robert Snyder's son Andrew is chief executive officer and his daughter Jill is director of communications. [3]

CIG was founded in 1971 by Robert N. Snyder and Philip E. Hixon as a result of a merger of Cambridge Scientific Abstracts (CSA), Disclosure Incorporated, and National Standards Association. The latter were sold by 1993, and the core CSA reference work expanded into the social sciences, the arts and the humanities. [4] 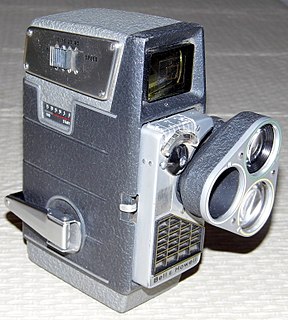 Bell and Howell is a U.S.-based services organization and former manufacturer of cameras, lenses and motion picture machinery, founded in 1907 by two projectionists, and was originally headquartered in Wheeling, Illinois. The company is now headquartered in Durham, North Carolina, and currently provides services for automated equipment in enterprise-level companies.

CIG could stand for:

R. R. Bowker LLC ("Bowker") is an American limited liability company based in New Providence, New Jersey, and incorporated in Delaware. Among other things, Bowker provides bibliographic information on published works to the book trade, including publishers, booksellers, libraries, and individuals; its roots in the industry trace back to 1868. Bowker is the exclusive U.S. agent for issuing International Standard Book Numbers (ISBNs), a universal method of identifying books in print. Bowker is the publisher of Books in Print and other compilations of information about books and periodical titles. It provides supply chain services and analytical tools to the book publishing industry. Bowker is headquartered in New Providence, New Jersey, with additional operational offices in England and Australia. It is now owned by Cambridge Information Group.

Capco is a business and technology management consultancy firm with a focus on financial services and a dedicated energy division. Capco's headquarters are in London, UK with 27 offices across the Americas, Europe, and Asia Pacific. The company offers services primarily in banking, capital markets, wealth and investment management, insurance, finance, risk & compliance. It also has an energy consulting practice in the US.

Robert Freeman Asleson was an American publisher who was a major contributor to the publishing, library and information industries. He led a number of key information companies as they evolved from print, to microfilm, to mainframe, CD-ROM and then web based databases. He brought professional management to entrepreneurial library companies, without which they might not have succeeded. Some of these organizations are now among the titans of the library industry.

Dissertation Abstracts, Dissertation Abstracts International (DAI) or the ProQuest Dissertations and Theses (PQDT) database is a bibliography of American dissertations published since 1938 by University Microfilms International (UMI) / ProQuest, Ann Arbor. UMI has had an agitated life and the bibliographical data have often shifted owner and name, and therefore appears under different labels. It covers doctoral dissertations accepted at accredited American institutions since 1861. Selected Masters theses have been included since 1962; since 1988, the database includes citations for dissertations from 50 British universities that are available at The British Document Supply Centre. Additionally, it covers a limited number of dissertations from the rest of the world.

Sotheby's Institute of Art is a private, for-profit institution of higher education devoted to the study of art and its markets with campuses in London, New York City and Online. The institute offers full-time accredited master's degrees as well as a range of postgraduate certificates, summer, semester and online courses, public programmes, and executive education.

David C. Levy is an educator, museum director, art historian, designer/photographer, and musician. In his current role as President of the Education Division of Cambridge Information Group, Levy is also President of Sotheby's Institute of Art and Chairman of Bach to Rock. He was President and Director of the Corcoran Gallery of Art and Corcoran College of Art and Design in Washington, DC, from 1991 to 2005, and Chancellor of The New School for Social Research in New York City from 1989 to 1991. From 1970 to 1989 Levy was Executive Dean and CEO of Parsons School of Design. He holds a bachelor's degree from Columbia College, Columbia University and a master's degree and PhD from New York University.