The Cambridge Turbos are a team in the National Ringette League that play out of Cambridge, Ontario.

In November 2008, the Turbos won the first Ringette World Club Championship which gathered six teams from around the world. [1] The Turbos won the world title with a 5-2 victory in the final against the Finnish club LuKi-82. [2]

The National Lacrosse League (NLL) is a men's professional box lacrosse league in North America. Headquartered in Conshohocken, Pennsylvania, the NLL currently has thirteen teams: eight in the United States and five in Canada. The NLL ranks third in average attendance for pro indoor sports worldwide, behind only the NHL and NBA. Unlike other box lacrosse leagues which play in the summer, the NLL plays its games in the winter and spring, from December to June. Each year, the playoff teams battle for the National Lacrosse League Cup. The NLL has averaged between 8,900 and 10,700 spectators per game each year since 2004.

Jayna Hefford is a women's ice hockey player who won multiple medals at the Winter Olympics and IIHF World Women's Championships as well as titles in the National Women's Hockey League and Canadian Women's Hockey League. She helped Canada win four-straight Olympic gold medals from 2002 to 2014 and famously scored the gold-medal winning goal at the 2002 Winter Olympics. At the club level across three leagues, she scored 439 goals in 418 competitive games including a CWHL record 44 goals in 2008-09.

The Canadian Championship is an annual soccer tournament contested by premier Canadian professional teams. The winner is awarded the Voyageurs Cup and Canada's berth in the CONCACAF Champions League. It is currently contested by MLS sides Toronto FC, Vancouver Whitecaps FC, and Montreal Impact, seven Canadian Premier League sides, and the champions of League1 Ontario and the Première Ligue de soccer du Québec. It is unclear if Canadian Premier League expansion team Atlético Ottawa will be included in the 2020 edition. The tournament is organized by the Canadian Soccer Association and has been broadcast on OneSoccer since 2019.

The National Ringette League (NRL) is the top level ringette league in Canada. It is a showcase league, with all players involved unpaid, and is guided by the sports national non-profit sports organization, Ringette Canada.

Anna Vanhatalo is a hockey and ringette player who competes for Finland women's national ice hockey team and for Finland national ringette team. Vanhatalo excels at both sports. 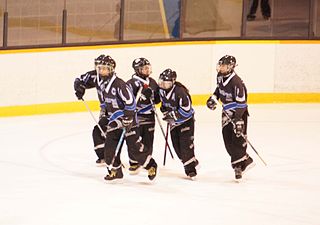 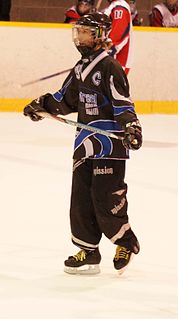 Julie Blanchette is a Canadian professional ringette player. She plays centre position. Blanchette plays for the Montreal Mission of the National Ringette League. She is also a member of the Canadian national women's ringette team.

The World Ringette Championships are a competition between ringette-playing nations. Tournament is administrated by the International Ringette Federation (IRF). Ringette was invented in 1963 by Sam Jacks and Mirl "Red" McCarthy and the first world championships were held in 1990. The winning team is awarded with the Sam Jacks Cup championship trophy. 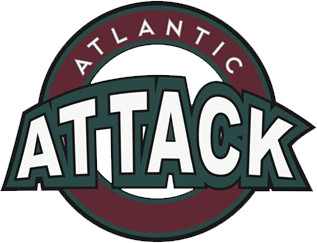