Tiffany was born in Halifax, West Yorkshire and migrated to Australia with her family in the early 1970s. She grew up in Perth, Western Australia. In her early twenties she worked as a park ranger in Central Australia.

She moved to Melbourne in 1988 where she began work as a writer, focusing mainly on agriculture. Tiffany took up writing fiction and completed a creative writing course. She completed a master's degree in Creative Writing at RMIT University and is working towards her doctorate at La Trobe University. [1]

Tiffany's debut novel, Everyman's Rules for Scientific Living , was a remarkable success on its release in 2005, winning several awards and shortlisted for some major awards, including the Miles Franklin Award and the Orange Prize.

Timothy John Winton is an Australian writer of novels, children's books, non-fiction books, and short stories. In 1997 he was named a Living Treasure by the National Trust, and has won the Miles Franklin Award four times.

Brian Albert Castro is an Australian novelist and essayist.

Theft: A Love Story is a novel by Australian writer Peter Carey. It won the 2006 Vance Palmer Prize, the Victorian Premier's Literary Award prize for fiction.

Charlotte Wood is an Australian novelist. The Australian newspaper described Wood as "one of our [Australia's] most original and provocative writers".

Gail Jones is an Australian novelist and academic.

Alexis Wright is an Aboriginal Australian writer best known for winning the Miles Franklin Award for her 2006 novel Carpentaria and the 2018 Stella Prize for her "collective memoir" of Leigh Bruce "Tracker" Tilmouth. 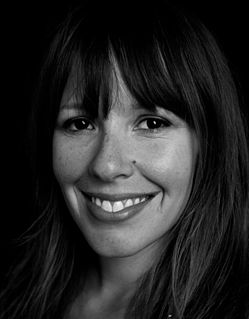 Sixty Lights is a 2004 novel by Australian author Gail Jones.

Chris Womersley is an Australian author of crime fiction, short stories and poetry. He trained as a radio journalist and has travelled extensively to such places as India, South-East Asia, South America, North America, and West Africa. He lives in Melbourne.

The Victorian Premier’s Unpublished Manuscript Award is a literary award for an unpublished manuscript. It can be entered by any author from the Australian State of Victoria that has not published a project based on fiction.

Everyman's Rules for Scientific Living is a 2005 novel by Australian author Carrie Tiffany. It won the 2005 Western Australian Premier's Book Award for Fiction, and was shortlisted for the 2006 Miles Franklin Award and the 2007 Orange Prize for Fiction.

Mateship with Birds is a 2012 novel by Australian novelist Carrie Tiffany which won the inaugural 2013 Stella Prize.

Craig Sherborne is an Australian poet, playwright and novelist. He was born in Sydney and attended Scots College there before studying drama in London. He lives in Melbourne. 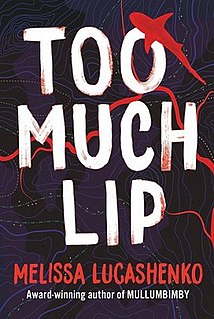 Too Much Lip (2018) is a novel by Australian author Melissa Lucashenko. It was shortlisted for the 2019 Victorian Premier's Literary Awards Prize for Indigenous Writing and the Stella Award. It was the winner of the 2019 Miles Franklin Award.

Transit Lounge Publishing is an independent Australian literary small press founded in Melbourne in 2005. It publishes literary fiction, narrative and trade non-fiction. The books it publishes show the diversity of Australian culture. Distribution is by NewSouth.

Anna Krien is an Australian journalist, essayist, fiction and nonfiction writer and poet.