Casual-T is a New York/Hollywood-based musical composer and musician. He earned his Master of Music in Percussion Performance from the University of Music and Performing Arts, Vienna in 1992, and his second Master of Music from the Conservatory of the City of Vienna in Drum Set Performance in 1995. As a drummer Casual-T studied with Prof. Horst Berger, Prof. Wolfgang Schuster, and Prof. Kurt Prihoda, who, at the time, were all members of the Vienna Philharmonic Orchestra, as well as Prof, Gerhard Fromme from the Vienna Radio Symphony Orchestra. He studied Drum Set with Prof. Walter Grassmann and Prof. Fredvard Muehlhofer, as well as Latin percussion with Prof. Anton Muehlhofer. He also studied privately with renowned Drum Set artists Kenwood Dennard, Jojo Mayer, Gene Lake, and Marimbaphone soloist Neboja Zivkovic.

As a composer he has written music for three feature films, as well as a number of short subject films, and has received many placements on cable and network TV programs. He participated in the 2010 "Hollywood Calling" film scoring workshop with Christopher Young, the 2010 Rick Baitz "Composing for the Screen" Film Scoring Workshop, and the 2009 "The Art of Orchestration" Workshop with Steven Scott Smalley. He was a featured composer in the June '08 edition of Student Filmmakers Magazine. [1]

As a drummer he has performed with orchestras and chamber music ensembles throughout Europe, as well as numerous bands worldwide. Amongst these bands was the Austrian Indie-band Bomb Circle, [2] [3] as well as NYC-Glam Rock Darlings The Drown. [4] [5] He also performed as a drummer for the Broadway productions of the musicals Chicago (revival) and Spring Awakening, as well as off-broadway, off-off broadway productions and theater festivals such as the world-premiere of "This One Girl's Story", a musical inspired by the proud life of Sakia Gunn, at the 2010 Gayfest NYC, New York International Fringe Festival, and The Gallery Players (whose production for the musical Urinetown, won Outstanding Production of a Musical at the 2007 New York Innovative Theatre Awards.

Discography (as a drummer) 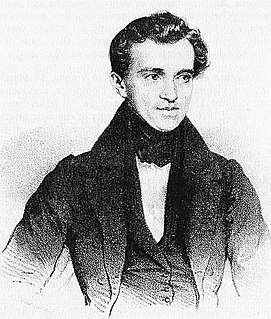 Johann Strauss I was an Austrian Romantic composer. He was famous for his waltzes, and he popularized them alongside Joseph Lanner, thereby setting the foundations for his sons to carry on his musical dynasty. He is perhaps best known for his composition of the Radetzky March.

Video game music is the soundtrack that accompanies video games. Early video game music was once limited to simple melodies of early sound synthesizer technology. These limitations inspired the style of music known as chiptunes, which combines simple melodic styles with more complex patterns or traditional music styles, and became the most popular sound of the first video games.

Hanns Jelinek was an Austrian composer of Czech descent who is also known under the pseudonyms Hanns Elin, H. J. Hirsch, Jakob Fidelbogen.

Jakob Kullberg is a classical cellist, noted for his collaboration with the Danish composer Per Nørgård. 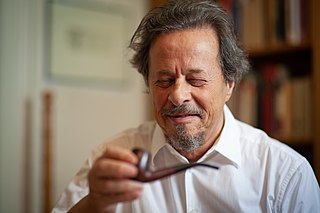 Iván Erőd was a Hungarian-Austrian composer and pianist. Educated in Budapest, he emigrated to Austria in 1956, where he studied at the Vienna Music Academy. He was successful as a pianist and composer of operas, chamber music and much more, with elements from serialism, Hungarian folk music and jazz. He was a professor of composition at the Vienna Music Academy from 1989.

Curd Duca is an Austrian musician, composer and producer of electronic music.

Derek Gleeson is an Irish/American musician. Born in Dublin, Ireland. He is currently the music director and conductor of the Dublin Philharmonic Orchestra and has been the conductor at the Anna Livia Dublin International Opera Festival. Since 2012 Gleeson is also music director & conductor of the Rachmaninov Festival Orchestra. Since January 2016 Gleeson is Principal Guest Conductor or The Harbin Symphony Orchestra, Harbin, China. He also composes musical scores for film and television and of symphonic music for the concert hall.

Zdzisław Wysocki is a composer, born in 1944 in Poznań(Posen) Poland. 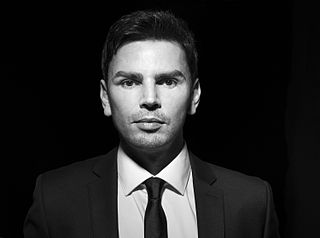 No Silence For Sale is an Austrian rock band formed in Vienna, capital of Austria, in 1999 by Felix Deimel and Georg The-Hatschka. In 2001 Raphael Beran joined and the band continued as a trio. The band emerged from 1990s skate- punk culture with fast melodies combined with a radio-friendly kind of punk rock. After playing several shows as Support act of 3 Feet Smaller, Short, My Manner, No Head on My Shoulders and many more, the band declared an immediate, indefinite hiatus in January 2004. 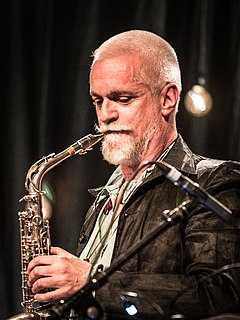 Wolfgang Puschnig is an Austrian jazz musician and composer. 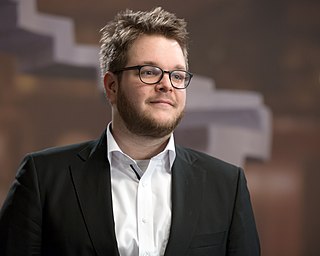 Paul Gallister is an Austrian composer, film composer and music producer. He attended the University of Music and Performing Arts Vienna, where he received a Master of Arts in Media Composition.