Cathy Tie is a Canadian bioinformatician and entrepreneur, the founder of Ranomics, a genetic screening company, and of Locke Bio, a telemedicine company, both based in Toronto.

Tie's family moved from China to Canada when she was four years old. [1] Her father has a master's degree in chemical engineering, but she describes both parents as "entrepreneurs." [2] Growing up in Mississauga, Ontario, [3] she attended the Glenforest Secondary School (International Baccalaureate Diploma Program). [4]

At 15, she worked on an immunology project with researchers at the University of Toronto, [1] work that was published the next year in the Canadian Young Scientist Journal as a single-author manuscript. [5] Further research using yeast as a gene variant model was published by a larger team in 2018. [6]

During her first year as an undergraduate at the University of Toronto, Tie worked at Mount Sinai Hospital, in the genetic research laboratory of Frederick Roth. [2] After hearing about a competition for a biotech startup, she teamed up with Leo Wan, a graduate student in Roth's lab, to create a business plan for a genomics start-up. They later presented their business plan to IndieBio, an accelerator run by SOSV, who gave them $100,000 of funding. Tie took a leave of absence in 2014 after less than a year of college to work on the project in San Francisco with IndieBio. [7]

In 2015, Tie was one of only four Canadians to win a Thiel Fellowship, [3] [8] which encourages college undergraduates to leave college and instead further their education by building a startup company.

Tie founded Ranomics as its CEO in 2015. In a JLabs profile, [9] Tie explained that the company's focus was to investigate variants of unknown significance (VUS) that caused genetic tests to fail or misdiagnose patients. Ranomics worked for external genetic testing firms in a business-to-business arrangement to analyze oncogene mutations. [1] [10] [11] In 2016, Ranomics published a database of 2,000 variants of the BRCA1 gene, whose mutants are tied to breast and ovarian cancer. Clinicians who detected an unknown variant could get it tested by Ranomics, in comparison with functionality data for these 2,000 variants, in order to predict if the new one is harmful or benign. [12]

In 2019, Tie founded Locke Bio, a telemedicine and data-mining company based in Toronto that offers online telemedicine and telepharmacy services to consumers, while building health datasets. [15] [16] In 2020, Tie and Locke Bio published a free online COVID-19 assessment tool that allows people to check their symptoms online by filling out an online symptom questionnaire and consulting with a doctor over video chat. [17] [18]

In 2015, Tie was selected as a Thiel Fellow. That same year, she and Ranomics co-founder Leo Wan won a $100K USD incubator mentorship through SOSV's incubator IndieBio. [19] [7]

In 2017, the Kairos Society chose Ranomics as one of its "Kairos 50" for "improving the understanding of human genetics." [20]

Peter Andreas Thiel is a German-American billionaire entrepreneur and venture capitalist. A co-founder of PayPal, Palantir Technologies, and Founders Fund, he was the first outside investor in Facebook. He was ranked No. 4 on the Forbes Midas List of 2014, with a net worth of $2.2 billion, and No. 391 on the Forbes 400 in 2020, with a net worth of $2.1 billion. In 2016, Thiel confirmed that he had funded Hulk Hogan in the Bollea v. Gawker lawsuit because Gawker had previously outed him as gay and he sought revenge for this embarrassment. The lawsuit eventually bankrupted Gawker.

Judith "Judy" L. Estrin is an American entrepreneur, business executive, and philanthropist. Estrin worked with Vinton Cerf on the Transmission Control Protocol project at Stanford University in the 1970s. Estrin is an entrepreneur who co-founded eight technology companies. She was the chief technology officer of Cisco Systems from 1998 to 2000. She is currently CEO of JLABS, LLC, a privately held company focused on furthering innovation in business, government, and nonprofit organizations.

Jessica Livingston is an American author and a founding partner of the seed stage venture firm Y Combinator. She also organizes Startup School. Previously, she was the VP of marketing at Adams Harkness Financial Group. She has a B.A. in English from Bucknell University.She is a 1989 graduate of Phillips Academy, Andover.

FreshBooks is accounting software operated by 2ndSite Inc. primarily for small and medium-sized businesses. It is a web-based software as a service (SaaS) model, that can be accessed through a desktop or mobile device.

Joseph Todd Lonsdale V is an American entrepreneur and technology investor. He is a founder of 8VC, a technology investment firm, and a co-founder of Palantir Technologies, Addepar, and OpenGov, and was an early investor in a number of companies, including the e-commerce platform Wish. 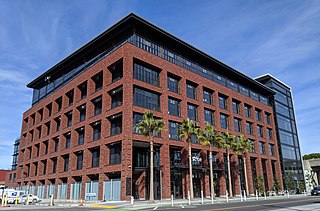 Danielle Fong is a Canadian scientist and entrepreneur. She was the co-founder and chief scientist of LightSail Energy, which is defunct as of 2018.

The Thiel Fellowship is a fellowship created by billionaire Peter Thiel through the Thiel Foundation. The fellowship is intended for students under the age of 23 and offers them a total of $100,000 over two years, as well as guidance and other resources, to drop out of school and pursue other work, which could involve scientific research, creating a startup, or working on a social movement. Selection for the fellowship is through a competitive annual process, with about 20–25 fellows selected annually.

Derrick Fung is an entrepreneur, former foreign exchange trader and contributing writer for Forbes. He is currently the CEO of Drop. He is best known as the founder and CEO of Tunezy, a music company founded in Toronto, Ontario and now based in New York City. Tunezy was acquired in 2013 by SFX Entertainment. In 2014, Derrick was listed on the Forbes Top 30 under 30 list in Music. 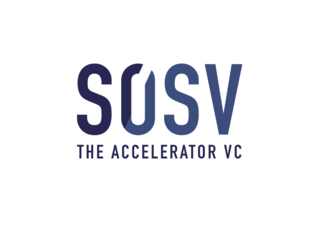 SOSV is a venture capital and investment management firm that provides seed, venture and growth stage funding to startup companies in the technology sector. The company's focus is on accelerating startups via their market specific seed accelerator programs located in Europe, Asia and the USA. The firm is made up of 7 investment partners, 45+ full-time support staff and hundreds of mentors. SOSV is headquartered in Princeton, New Jersey, with back office operations based in Cork, Ireland, and flagship offices in San Francisco, Shenzhen, Shanghai, New York, and London. 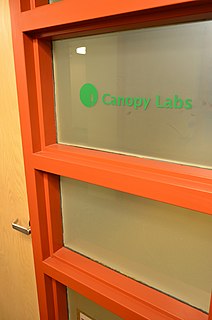 Canopy Labs is a customer analytics company headquartered in Toronto, Ontario, Canada with offices in San Francisco. It was founded in 2012 and offers SaaS marketing analytics for businesses and organizations. The company is an alumnus of the Y Combinator accelerator program. Canopy Labs was acquired by Drop.

Meta is a company performing big data analysis of scientific literature. Company is headquartered in Redwood City, California and operates Meta Science, a literature discovery platform. The company was acquired by the Chan Zuckerberg Initiative in 2017.

Valar Ventures is a US-based venture capital fund founded by Andrew McCormack, James Fitzgerald and Peter Thiel. Historically, the majority of the firm's investments have been in technology startups based outside of Silicon Valley, including in Europe, the UK, the US and Canada. Valar Ventures originally spun out of Thiel Capital, Peter Thiel's global parent company based in San Francisco, and is now headquartered near Union Square in New York City. The firm's namesake is the Valar of J. R. R. Tolkien's legendarium, who are god-like immortal spirits that chose to enter the mortal world to prepare it for their living creations.

Laura Deming is a venture capitalist. Her work focuses on life extension, and using biological research to reduce or reverse the effects of aging.

Kairos is a U.S based private company that builds products in the housing and healthcare sectors. Founded in 2008 by Ankur Jain, it is headquartered in New York City. As of 2017, Kairos managed US$25 million to invest in affordable housing & personal health startups.

York Entrepreneurship Development Institute (YEDI) is a venture fund, startup accelerator, incubator and entrepreneurial community located within York University in Toronto, Ontario, Canada. YEDI facilitates collaboration between students, alumni, and academic and business leaders. The organization was founded in 2013 by businessman Dr. Marat Ressin, a native of Russia with close ties to the Jewish community in Canada. The main educational facilities of YEDI are located inside the Schulich School of Business complex at York University's Keele campus.

Zenreach is an American technology company based in San Francisco. It produces marketing software used by brick-and-mortar businesses that allows customers to access public Wi-Fi. These details are used to create user profiles, track subsequent visits, and deliver targeted ads.

Hims, Inc. is a telemedicine company that operates Hims and Hers, which sell men's and women's personal care products. Hims, Inc. was founded in 2017 with the launch of Hims, and Hers was launched in 2018. In January 2019, Hims became the second-fastest startup to become a so-called "unicorn" after Bird.