The Centraal Museum is the main museum in Utrecht, Netherlands, founded in 1838. The museum has a wide-ranging collection, mainly of works produced locally. The collection of the paintings by the Northern Mannerist Joachim Wtewael is by a long way the largest anywhere in the world. Other highlights are many significant paintings by the Utrecht Caravaggisti, such as Gerard van Honthorst and Hendrick ter Brugghen. Both of them travelled to Rome in the early 17th century to study the works of the Italian master Caravaggio. In the previous generation, as well as Wtewael, Abraham Bloemaert and the portraitist Paulus Moreelse were the most significant Utrecht painters, with Jan van Scorel still earlier.

Initially, the collection - exhibited on the top floor of the Utrecht townhall - was limited to art related to the city of Utrecht. In 1921 the collection merged with various private collections in the new 'centralised museum' (hence the name 'Centraal museum', centraal being the Dutch word for central) located in the former medieval monastery at the Nicolaaskerkhof. Currently, the collection comprises pre-1850 art, modern art, applied art, fashion and the city history of Utrecht.

Since 2006, the museum also runs the Miffy Museum, a museum across the street dedicated to Dick Bruna and his rabbit character Miffy. It also runs the Rietveld Schröder House, a famous Modernist house built in 1924 by the Dutch architect Gerrit Rietveld for Mrs. Truus Schröder-Schräder [1] and her three children, which is now owned by the museum and open to the public (prebooking usually needed).

Amongst the highlights of the museum is the one-thousand-year-old 'Utrecht Ship'. The ship is part of the collection 'Stadsgeschiedenis'. The ship was found in 1930 near the Van Hoornekade in Utrecht and was put in the cellar of the 16th-century part of the museum building.

Gerrit Thomas Rietveld was a Dutch furniture designer and architect. One of the principal members of the Dutch artistic movement called De Stijl, Rietveld is famous for his Red and Blue Chair and for the Rietveld Schröder House, which is a UNESCO World Heritage Site.

Utrecht is the fourth-largest city and a municipality of the Netherlands, capital and most populous city of the province of Utrecht. It is located in the eastern corner of the Randstad conurbation, in the very centre of mainland Netherlands; it had a population of 357,179 as of 2019. 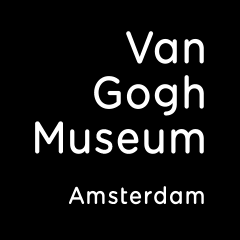 The Van Gogh Museum is a Dutch art museum dedicated to the works of Vincent van Gogh and his contemporaries in the Museum Square in Amsterdam South, close to the Stedelijk Museum, the Rijksmuseum, and the Concertgebouw. The museum opened on 2 June 1973, and its buildings were designed by Gerrit Rietveld and Kisho Kurokawa.

De Stijl, Dutch for "The Style", also known as Neoplasticism, was a Dutch art movement founded in 1917 in Leiden. De Stijl consisted of artists and architects. In a narrower sense, the term De Stijl is used to refer to a body of work from 1917 to 1931 founded in the Netherlands. Proponents of De Stijl advocated pure abstraction and universality by a reduction to the essentials of form and colour; they simplified visual compositions to vertical and horizontal, using only black, white and primary colors. 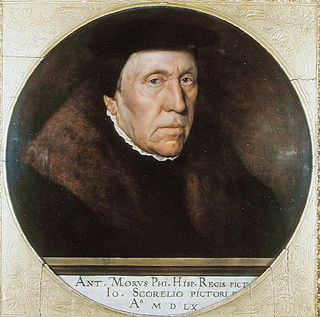 Jan van Scorel was a Dutch painter, who played a leading role in introducing aspects of Italian Renaissance painting into Dutch and Flemish Renaissance painting. He was one of the early painters of the Romanist style who had spent a number of years in Italy, where he thoroughly absorbed the Italian style of painting. His trip to Italy coincided with the brief reign of the only Dutch pope in history, Adrian VI in 1522–23. The pope made him a court painter and superintendent of his collection of antiquities. His stay in Italy lasted from 1518 to 1524 and he also visited Nuremberg, Venice and Jerusalem. Venetian art had an important impact on the development of his style.

The Rietveld Schröder House in Utrecht was built in 1924 by Dutch architect Gerrit Rietveld for Mrs. Truus Schröder-Schräder and her three children.

Pieter Jansz. Saenredam was a painter of the Dutch Golden Age, known for his distinctive paintings of whitewashed church interiors such as Interior of St Bavo's Church in Haarlem and Interior of the Sint-Odulphuskerk in Assendelft. 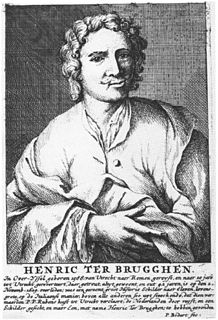 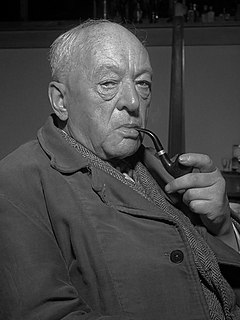 Joachim Anthoniszoon Wtewael was a Dutch Mannerist painter and draughtsman, as well as a highly successful flax merchant, and town councillor of Utrecht. Wtewael was one of the leading Dutch exponents of Northern Mannerism, and his distinctive and attractive style remained largely untouched by the naturalistic developments happening around him, "characterized by masterfully drawn, highly polished figures often set in capricious poses". Wtewael was trained in the style of late 16th-century Haarlem Mannerism and remained essentially faithful to it, despite painting well into the early period of Dutch Golden Age painting.

Matthias Stom or Matthias Stomer was a Dutch, or possibly Flemish, painter who is only known for the works he produced during his residence in Italy. He was influenced by the work of non-Italian followers of Caravaggio in Italy, in particular his Dutch followers often referred to as the Utrecht Caravaggists, as well as by Jusepe de Ribera and Peter Paul Rubens. He did not share the other Northern Caravaggisti's preference for humorous, and sometimes scabrous, genre scenes and elaborate decorative allegories but favored stories from the bible instead. He worked in various locations in Italy where he enjoyed the patronage of religious institutions as well as prominent members of the nobility. 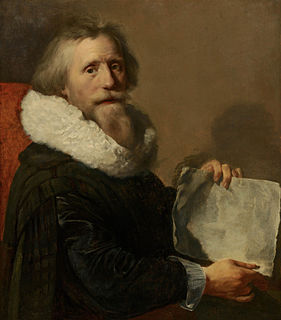 Paulus Moreelse was a Dutch painter, mainly of portraits.

The Museum Catharijneconvent is a museum of religious art in Utrecht, Netherlands. It is located in the former St. Catharine convent, having been sited there since 1979. Its collections include many artifacts from the museum of religious art of the Catholic Archbishopric of Utrecht, located in the convent until 1979. In 2006 the convent closed for restoration. It is part of the Utrecht Museum Night. 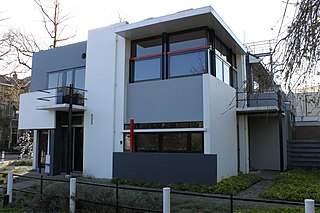 Johanna Erna Else Schröder was a Dutch architect and educator. After becoming one of the first women to practice architecture in the Netherlands, she spent an extended period in the United States teaching interior design. 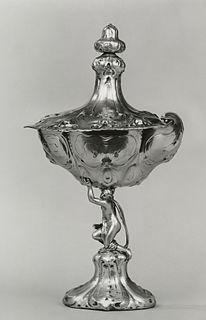 The auricular style or lobate style is a style of ornamental decoration, mainly found in Northern Europe in the first half of the 17th century, bridging Northern Mannerism and the Baroque. The style was especially important and effective in silversmithing, but was also used in minor architectural ornamentation such as door and window reveals, picture frames, and a wide variety of the decorative arts. It uses softly flowing abstract shapes in relief, sometimes asymmetrical, whose resemblance to the side view of the human ear gives it its name, or at least its "undulating, slithery and boneless forms occasionally carry a suggestion of the inside of an ear or a conch shell". It is often associated with stylized marine animal forms, or ambiguous masks and shapes that might be such, which seem to emerge from the rippling, fluid background, as if the silver remained in its molten state.

Mechtelt van Lichtenberg, also known as Mechtelt toe Boecop, was a 16th century Dutch painter and one of the few northern Dutch painters of the period whose name is known.