Sir Chris Ham CBE DL (born 15 May 1951), [1] CBE is a health policy academic who started life as a political scientist. He was chief executive of the King's Fund from 2010 to 2018. He was professor of health policy and management at University of Birmingham's health services management centre from 1992 to 2010. He was seconded to the Department of Health where he was Director of the Strategy Unit working with Alan Milburn and John Reid until 2004. [2]

He was said to be "unrivalled in his ability to distil and synthesise complex policy developments and present them in a clear and digestible manner for non-specialists" in 1999. [3] He is frequently called upon to chair large conferences on health policy in England.

He was said by the Health Service Journal to be the 38th most powerful person in the English NHS in December 2013. [4]

In the June 2018 Birthday Honours he was appointed a CBE for his services.

He was appointed as independent chair of the Coventry and Warwickshire sustainability and transformation partnership in January 2019. [5]

Stephen John Field is a general practitioner and Chief Inspector of General Practice at England's Care Quality Commission. He chairs the Department of Health's National Inclusion Health Board. He is Honorary Professor of Medical Education at the University of Warwick and Honorary Professor in the School of Medicine at the University of Birmingham. 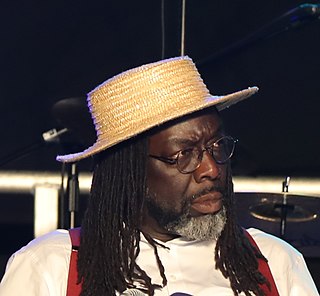 Victor Olufemi Adebowale, Baron Adebowale, CBE is the Chief Executive of the social care enterprise Turning Point and was one of the first to become a People's Peer. He was appointed a Commander of the Order of the British Empire (CBE) in the 2000 New Year Honours for services to the New Deal, the unemployed, and homeless young people. In 2001 he became one of the first group of people to be appointed as people's peers and was created a life peer on 30 June 2001 taking the title Baron Adebowale, of Thornes in the County of West Yorkshire, sitting as a crossbencher. In 2009 he was listed as one of the 25 most influential people in housing policy over the past 25 years by the housing professionals magazine Inside Housing. He was reckoned by the Health Service Journal to be the 97th most influential person in the English NHS in 2015.

Mark Douglas Britnell is Chairman and Senior Partner for the Global Health Practice of the professional services firm KPMG. He was previously Director-General for Commissioning and System Management for the English National Health Service (NHS), as well as Chief Executive of University Hospitals Birmingham NHS Foundation Trust and the South Central Strategic Health Authority.

Sir David Nicholson, KCB, CBE is a public policy analyst, Chair of Worcestershire acute hospitals NHS trust and NHS manager who was Chief Executive of the National Health Service in England. He was appointed in October 2011 following the NHS reforms, having been seventh Chief executive of the NHS within the Department of Health since September 2006. He issued what has become known as the "Nicholson challenge" regarding the finances of the NHS. He retired from the role on 1 April 2014.

The Care Quality Commission (CQC) is an executive non-departmental public body of the Department of Health and Social Care of the United Kingdom. It was established in 2009 to regulate and inspect health and social care services in England.

Alasdair Donald MacDuff Liddell CBE was one of the architects of Britain's health strategy in the 1990s. As Director of Planning at the Department of Health (1994–2000) he led the process of setting national priorities for the National Health Service (NHS).

The Health and Social Care Act 2012 is an Act of the Parliament of the United Kingdom. It provides for the most extensive reorganisation of the structure of the National Health Service in England to date. It removed responsibility for the health of citizens from the Secretary of State for Health, which the post had carried since the inception of the NHS in 1948. It abolished primary care trusts (PCTs) and strategic health authorities (SHAs) and transferred between £60 billion and £80 billion of "commissioning", or health care funds, from the abolished PCTs to several hundred "clinical commissioning groups", partly run by the general practitioners (GPs) in England but a major point of access for private service providers. A new executive agency of the Department of Health, Public Health England, was established under the Act on 1 April 2013. 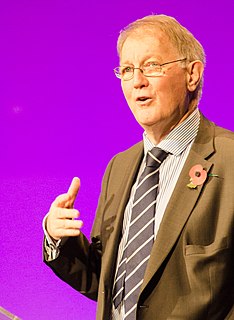 Professor Sir Michael Adrian Richards, CBE, MD, DSc (Hon), FRCP is a British oncologist. From 1999 to 2013 he was the National Cancer Director in the UK Government's Department of Health. He was appointed to be the Chief Inspector of Hospitals in the Care Quality Commission on 31 May 2013. and was said by the Health Service Journal to be the third most powerful person in the English NHS in December 2013.

Clinical commissioning groups (CCGs) are NHS organisations set up by the Health and Social Care Act 2012 to organise the delivery of NHS services in England. The announcement that GPs would take over this commissioning role was made in the 2010 white paper "Equity and Excellence: Liberating the NHS". This was part of the government's advertised desire to create a clinically-driven commissioning system that was more sensitive to the needs of patients. The 2010 white paper became law under the Health and Social Care Act 2012 in March 2012. At the end of March 2013 there were 211 CCGs.

Niall Forbes Ross Dickson CBE was until 2016 the chief executive and registrar of the General Medical Council (GMC). Since February 2017, he has been the chief executive of the NHS Confederation. He was the chair-elect of the International Association of Medical Regulatory Authorities (IAMRA) from 2012 to 2014, and the chair from 2014 to 2016.

Sir Simon Laurence Stevens is a British health manager and public policy analyst. His appointment as the eighth Chief Executive of the National Health Service in England with effect from 1 April 2014 was announced in October 2013, succeeding David Nicholson. He was said by the Health Service Journal in December 2013 to be the second most powerful person in the English NHS, even before he took up his appointment. He has stayed top of their list of the most influential people in health ever since.

Heart of England NHS Foundation Trust (HEFT) was one of the largest organisations running NHS hospitals in England. The hospitals and services run by HEFT included Heartlands Hospital, Solihull Hospital and Community Services, Good Hope Hospital in Sutton Coldfield and Birmingham Chest Clinic. The trust was under the leadership of chair Jacqui Smith and chief executive David Rosser, who succeeded Julie Moore on 1 September 2018.

Sir David Behan is a British business person who served as chief executive of the Care Quality Commission from 2012 to July 2018. He was formerly the Department of Health's director general for social care, local government and care partnerships. He was the Director of Adult Social Services in the London Borough of Greenwich from 1996 to 2003. In 2004, he was appointed a CBE for services to social care.

Genomics England is a company set up and owned by the Department of Health and Social Care to run the 100,000 Genomes Project, which aims to sequence 100,000 genomes from NHS patients with a rare disease and their families, and patients with cancer. An infectious disease strand is being led by Public Health England.

Dr Sam Barrell CBE is an English doctor. Since September 2017 she has been Chief Operating Officer at the Francis Crick Institute in London and is responsible for leading the operational management and running of the institute.

Dame Ruth Carnall DBE was the last Chief Executive of NHS London before it was abolished in 2013. Ruth has worked at all levels of the NHS for over 30 years and worked as an independent consultant with various public and private sector clients. These included the Department of Health, Monitor, Health Authorities, NHS Trusts, pharmaceutical companies as well as the Prime Minister’s Delivery Unit, the Cabinet Office, the Home Office and the Ministry of Justice. Ruth also has experience as a non-executive Partner of a public company, chair of a private company and trustee of a charity.

In March 2016, NHS England organised the geographical division of England into 44 sustainability and transformation plan areas with populations between 300,000 and 3 million, which would implement the Five Year Forward View. These areas were locally agreed between NHS trusts, local authorities and clinical commissioning groups. A leader was appointed for each area, who is to be responsible for the implementation of the plans which are to be agreed by the component organisations. They will be "working across organisational boundaries to help build a consensus for transformation and the practical steps to deliver it". During 2017 the use of the acronym STP shifted, so that it was used to signify Sustainability and transformation partnerships. In February 2018 it was announced that these organisations were in future to be called integrated care systems, and that all the 44 Sustainability and transformation plans would be expected to progress in this direction. The ten pioneer systems were described as nascent and fragile by the Health Select Committee in May 2018.

Nikita Kanani MBE is a general practitioner and the former chief clinical officer of the Bexley Clinical Commissioning Group. In 2018 she became the first woman to be director of primary care of the British National Health Service (NHS).