Committee on Monetary and Economic Reform

The Committee on Monetary and Economic Reform (COMER) is an economics-oriented publishing and education centre based in Toronto, Ontario, Canada. [1]

COMER was co-founded by William Krehm [2] and John Hotson in the 1980s as a think tank out of concern for the "debt-based monetary system" described as unsustainable. [3] COMER says it studies the destabilization that current economic and monetary policies have caused, and are causing, for the citizens of Canada and other countries. COMER argues for a mixed economy, and changes in monetary policy through what it argues is the mandate under the Bank of Canada Act . Ann Emmett is the chair of the organization. [1]

Lawsuit against Bank of Canada

In 2011, COMER brought a lawsuit against the Canadian Government. [2] [1] COMER claimed that the Bank of Canada is mandated under the Bank of Canada Act to provide debt-free support for public projects undertaken by federal, provincial and city governments. [1] COMER said that Canada has unconstitutionally given up control over its ability to set its independent monetary policy to "secret" deliberations and control of private foreign bankers, including the Bank for International Settlements. [1] The organization is represented by Rocco Galati. [1] COMER has been called "conspiracy theorists" because of the claim. [4]

On August 9, 2013, COMER's claim was struck without leave to amend by Prothonotary Kevin R. Aalto. No costs were awarded. [5]

On January 26, 2015, the Federal Court of Appeal heard the appeals, and dismissed the appeal and cross-appeal without costs. COMER was given 60 days to file an amended statement of claim. [7]

COMER filed an amended statement of claim on March 26, 2015. On April 24 the Crown filed for an order striking the claim and dismissing the action. Arguments for and against the Crown motion were heard by Justice Russell on October 14, 2015. On February 8 in his ruling Justice Russell struck COMER's amended claim in its entirety and refused leave to amend the claim. Costs were awarded to the Crown. In his ruling, Justice Russell stated "their response convinces me that, for reasons given, they have no scintilla of a cause of action that this Court can or should hear." [8]

On December 7, 2016, the Federal Court of appeal heard this latest appeal, and dismissed it with costs. [10]

On February 1, 2017 COMER filed an application for leave to appeal with the Supreme Court of Canada. [11]

On May 4, 2017 the Supreme Court dismissed COMER's application for leave to appeal. [12]

The creation of the Canada Infrastructure Bank in 2017 by Justin Trudeau' government was seen by some was a way to sidestep COMER's lawsuit. [13]

The False Claims Act (FCA), also called the "Lincoln Law", is an American federal law that imposes liability on persons and companies who defraud governmental programs. It is the federal Government's primary litigation tool in combating fraud against the Government. The law includes a qui tam provision that allows people who are not affiliated with the government, called "relators" under the law, to file actions on behalf of the government. Persons filing under the Act stand to receive a portion of any recovered damages. As of 2019, over 71 percent of all FCA actions were initiated by whistleblowers. Claims under the law have typically involved health care, military, or other government spending programs, and dominate the list of largest pharmaceutical settlements. The government has recovered more than $62 billion under the False Claims Act between 1987 and 2019.

A strategic lawsuit against public participation (SLAPP) is a lawsuit intended to censor, intimidate, and silence critics by burdening them with the cost of a legal defense until they abandon their criticism or opposition.

Garth Howard Drabinsky is a Canadian film and theatrical producer and entrepreneur. In 2009, he was convicted and sentenced to prison for fraud and forgery. The sentence was reduced from 7 to 5 years in prison, on appeal to the Ontario Court of Appeal, and the Supreme Court of Canada declined to hear a subsequent appeal. 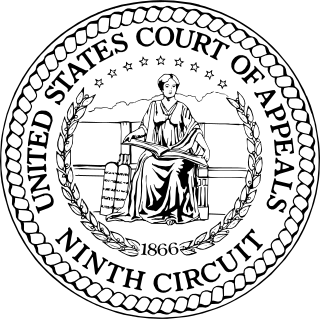 Alperin v. Vatican Bank was an unsuccessful class action suit by Holocaust survivors brought against the Vatican Bank and the Franciscan Order filed in San Francisco, California, on November 15, 1999. The case was initially dismissed as a political question by the District Court for the Northern District of California in 2003, but was reinstated in part by the Court of Appeals for the Ninth Circuit in 2005. That ruling attracted attention as a precedent at the intersection of the Alien Tort Claims Act (ATCA) and the Foreign Sovereign Immunities Act (FSIA).

Rocco Galati is an Italian-born Canadian lawyer who specializes in cases involving constitutional law and also suspects of terrorism. 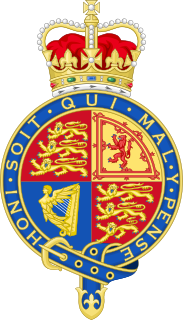 Ontario (AG) v Canada Temperance Federation was a famous Canadian constitutional decision of the Judicial Committee of the Privy Council and was among the first cases to examine the peace, order, and good government power of the Constitution Act, 1867. This was the first decision to bring back the "national concerns" branch of peace, order, and good government since it was first suggested in the Local Prohibitions case.

Oakwell Engineering Ltd v Enernorth Industries Inc was an appeal to the Court of Appeal for Ontario by Enernorth Industries Inc. (Enernorth), a Canadian company, from a judgment of the Ontario Superior Court of Justice granting an application brought by Oakwell Engineering Limited (Oakwell), a Singaporean company, for an order recognizing and enforcing in Ontario a judgment granted against Enernorth by the High Court of Singapore on October 16, 2003 and affirmed by the Court of Appeal of Singapore on April 27, 2004.

Yarmirr v Northern Territory, that was an application for the determination of native title to seas, sea-bed and sub-soil, ultimately determined on appeal to the High Court of Australia.

Helmut Oberlander is a former naturalized Canadian citizen who was a member of the Einsatzgruppen death squads of Nazi Germany in the occupied Soviet Union during World War II. Oberlander is on the Simon Wiesenthal Center's list of most wanted Nazi war criminals. Beginning in 1994, the Government of Canada made several attempts to revoke Oberlander's citizenship, on the basis of his having withheld or misrepresented his involvement with Nazi war crimes.

Canada v GlaxoSmithKline Inc is the first ruling of the Supreme Court of Canada that deals with issues involving transfer pricing and how they are treated under the Income Tax Act of Canada ("ITA").

Teva Canada Ltd v Pfizer Canada Inc2012 SCC 60 is a leading Supreme Court of Canada decision on the disclosure requirements for a patent in Canada.

Hryniak v Mauldin2014 SCC 7 is a landmark case of the Supreme Court of Canada that supports recent reforms to Canadian civil procedure in the area of granting summary judgment in civil cases.

Peracomo Inc v TELUS Communications Co2014 SCC 29 is a decision of the Supreme Court of Canada concerning the law of marine insurance, which also has international impact.

Canadian National Railway Co v Canada (AG)2014 SCC 40 is a significant case from the Supreme Court of Canada in the area of Canadian administrative law, focusing on whether the standard of review framework set out in Dunsmuir v. New Brunswick applies to decisions of the Governor in Council of Canada, and whether it has authority to vary or rescind an administrative tribunal decision on questions of law or jurisdiction.

Robert Patrick Armstrong is a Canadian lawyer and retired judge. He served on the Court of Appeal for Ontario from 2002 until his retirement in 2013. Before serving on the bench, Armstrong was a partner at Torys and was lead counsel in the Dubin Inquiry on steroid use in Canadian sports. After leaving the bench, Armstrong joined Arbitration Place, a Canadian group specializing in alternative dispute resolution.

Guindon v Canada2015 SCC 41 is a landmark decision of the Supreme Court of Canada on the distinction between criminal and regulatory penalties, for the purposes of s.11 of the Canadian Charter of Rights and Freedoms. It also provides guidance on when the Court will consider constitutional issues when such had not been argued in the lower courts.

William Krehm was a Canadian author, journalist, political activist and real estate developer. He was a prominent Trotskyist activist in the 1930s and went to Spain where he participated in the Spanish Civil War. In the 1980s he co-founded the Committee on Monetary and Economic Reform (COMER) in the 1980s and continued as the group's principal leader until his death. He died in April 2019 at the age of 105.