Boy Meets World is an American coming-of-age sitcom created by Michael Jacobs and April Kelly that aired on ABC for seven seasons between September 1993 and May 2000. The series centers on Cory Matthews and his friends and family, as he progresses from childhood to adulthood. Episodes chronicle the everyday events of Cory's home and school life; his teacher and neighbor George Feeny delivers life lessons as Cory learns to cope with social and personal issues of adolescence. Cory has strong relationships with his older brother Eric, younger sister Morgan, and parents, Amy and Alan. Cory's friendship with Shawn Hunter and romantic interest in Topanga Lawrence serve as central focuses of episodes. Overarching themes include a focus on family and friendships as well as discovering one's identity. Further characters were introduced in later seasons; Jonathan Turner, Eli Williams, Jack Hunter, Angela Moore and Rachel McGuire. 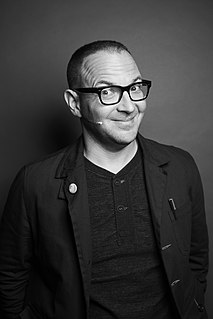 Cory Efram Doctorow is a Canadian-British blogger, journalist, and science fiction author who served as co-editor of the blog Boing Boing. He is an activist in favour of liberalising copyright laws and a proponent of the Creative Commons organization, using some of their licences for his books. Some common themes of his work include digital rights management, file sharing, and post-scarcity economics.

Cory Anthony Booker is an American politician, attorney, and author who has served as the junior United States senator from New Jersey since 2013. A member of the Democratic Party, Booker is the first African-American U.S. senator from New Jersey. He was the 38th mayor of Newark from 2006 to 2013, and served on the Municipal Council of Newark for the Central Ward from 1998 to 2002. 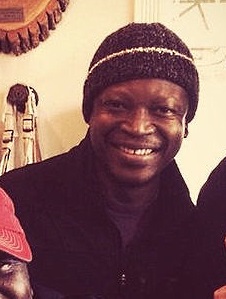 Lawrence Gilliard Jr. is an American actor who has appeared in films, television series, and theatre. He portrayed D'Angelo Barksdale on the HBO drama series The Wire, a role which earned him critical acclaim. He is also known for his role as Bob Stookey in the AMC horror drama The Walking Dead. He was in the cast of David Simon's HBO TV series The Deuce, which premiered in September 2017 and concluded in October 2019. Gilliard Jr. has had roles in movies such as Straight Out of Brooklyn (1991), Next Stop Wonderland (1998), and Gangs of New York (2002). 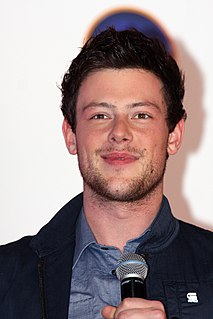 Cory Allan Michael Monteith was a Canadian actor and musician who played Finn Hudson on the Fox television series Glee. As an actor based in British Columbia, Monteith had minor roles on television series before being cast on Glee. During his success on the show, he also acted in films. His film work included Monte Carlo and a starring role in Sisters & Brothers. 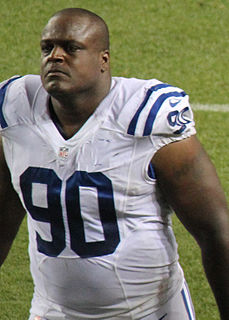 Cory Bartholomew Redding is a former American football defensive tackle. He was drafted by the Detroit Lions in the third round of the 2003 NFL Draft and played college football at Texas. Redding also played for the Seattle Seahawks, Baltimore Ravens, Indianapolis Colts and Arizona Cardinals.

Cory Undlin is an American football coach who is the passing game specialist and secondary coach for the San Francisco 49ers of the National Football League (NFL). He previously served as the defensive coordinator for the Detroit Lions in 2020 and also served as an assistant coach for the Philadelphia Eagles, Denver Broncos, Jacksonville Jaguars, Cleveland Browns and New England Patriots.

Clifton Gilliard was an American football player, coach, and college athletics administrator. He has served the head football coach, head men's track and field and cross country coach, and interim athletic director at Prairie View A&M University. Clifton Gilliard was inducted into the Prairie View A&M University Hall of Fame in 1994 and Texas Black Sports Hall of Fame in 2013.[1] 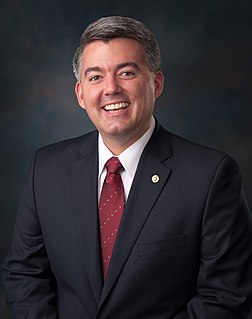 Cory Scott Gardner is an American attorney, lobbyist, and politician who served as a United States senator from Colorado from 2015 to 2021. A Republican, he was the U.S. representative for Colorado's 4th congressional district from 2011 to 2015 and a member of the Colorado House of Representatives from 2005 to 2011.

Wendell G. Gilliard is an American politician, steelworker, and union official. A Democrat, Gilliard serves as a member of the South Carolina House of Representatives, representing the 111th district.

The 1993 Connecticut Huskies football team represented the University of Connecticut in the 1993 NCAA Division I-AA football season. The Huskies were led by eleventh year head coach Tom Jackson, and completed the season with a record of 6–5.

The 1995 Connecticut Huskies football team represented the University of Connecticut in the 1995 NCAA Division I-AA football season. The Huskies were led by second year head coach Skip Holtz, and completed the season with a record of 8–3.

Cory Miguel James is an American football linebacker for the Calgary Stampeders of the Canadian Football League (CFL). He played college football at Colorado State, and was drafted by the Oakland Raiders in the sixth round of the 2016 NFL Draft.

Cory Littleton is an American football linebacker for the Carolina Panthers of the National Football League (NFL). He played college football at Washington. He signed with the Los Angeles Rams as an undrafted free agent in 2016.

The 2020 Louisiana Tech Bulldogs football team represented Louisiana Tech University in the 2020 NCAA Division I FBS football season. The Bulldogs played their home games at Joe Aillet Stadium in Ruston, Louisiana, and competed in the West Division of Conference USA (C-USA). They were led by eighth-year head coach Skip Holtz.

Noah Igbinoghene is an American football cornerback for the Miami Dolphins of the National Football League (NFL). He played college football at Auburn and was drafted by the Dolphins in the first round of the 2020 NFL Draft.

Amik Robertson is an American football cornerback for the Las Vegas Raiders of the National Football League (NFL). He played college football at Louisiana Tech.

Milton Jawaun Williams is an American football defensive tackle for the Philadelphia Eagles of the National Football League (NFL). He played college football at Louisiana Tech and was drafted by the Eagles in the third round of the 2021 NFL Draft.