Cristina Branco (born 28 December 1972 in Almeirim, Ribatejo, Portugal) is a Portuguese musician. She was drawn to jazz and styles of Portuguese music before settling on fado, a choice made after being introduced to the music of Amália Rodrigues by her grandfather. Branco then studied the poems from which the major fado lyrics are taken. Branco performs accompanied by composer Custódio Castelo on guitar. [1] [2]

Cristina Branco was married to Tiago Salazar with whom she has two daughters. Cristina Branco became an expat in the Netherlands while she was building a career as a fado singer. The couple endured a complex litigation process with the Portuguese tax office and moved their tax address to the Netherlands in order to take advantage of the favorable tax environment there. [3] The couple got divorced in 2018. She has been linked to the Portuguese Communist Party since an early age and performed in the party's festival Festa do Avante. [4]

On December 5, 2020, Branco was involved and injured on a car accident that was extensively covered by the Portuguese media. This accident occurred on A1 highway, near Cartaxo, which ultimately killed singer Sara Carreira, daughter of Tony Carreira, and also injured singer and actor Ivo Lucas. [5]

Fado is a music genre that can be traced to the 1820s in Lisbon, Portugal, but probably has much earlier origins. Fado historian and scholar Rui Vieira Nery states that "the only reliable information on the history of fado was orally transmitted and goes back to the 1820s and 1830s at best. But even that information was frequently modified within the generational transmission process that made it reach us today." 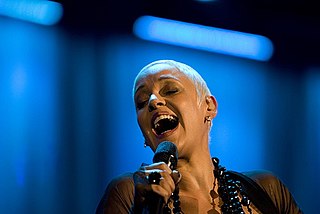 Dulce José Silva Pontes is a Portuguese songwriter and singer who performs in many musical styles, including pop, folk, and classical music. She is usually defined as a world music artist. Her songs contributed to the 1990s revival of Portuguese urban folk music called fado.

Tony Carreira is a Portuguese musician. Born in the small rural locality of Armadouro, Pampilhosa da Serra, he moved to Paris at age 10 with his emigrant parents. He lived there for 20 years. Carreira has had several hits since 1991, becoming during the 2000s one of the most renowned and best-selling popular singers in his home country. Tony Carreira sold out concerts in one of the largest venues in Portugal, the Pavilhão Atlântico in Lisbon, and also at the Olympia in Paris.

Ana Cláudia Moura Pereira, known as Ana Moura, is a Portuguese fado singer. An internationally recognized singer, she was the youngest fadista to be nominated for a Dutch Edison Award.

Peso Pesado 2 was the second season of the SIC entertainment show Peso Pesado, the Portuguese version of the original American reality television series The Biggest Loser. It premiered on 2 October 2011 and concluded after 13 weeks of emission with the grand finale, on 31 December 2011. Unlike the debut season, the contestants entered the show as individual participants, not as couples. The winner was Marco, with a total weight loss percentage of 40.65%, equivalent to 58.6 kg (129 lb); he received a prize of €50,000. The eliminated contestant that achieved the biggest weight loss percentage – and won a prize of €25,000 – was José, with 38.08%, equivalent to 65.3 kg (144 lb). 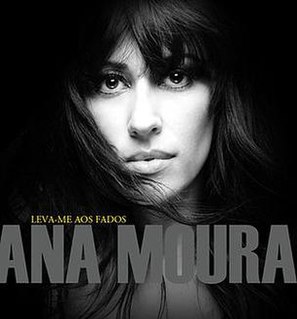 Tiago Salazar is a Portuguese writer and journalist, also noted for being a diligent traveler. He was born in Lisbon in 1972 and studied for a degree in international relations. Since early, Salazar wrote for several newspapers and magazines like Diário de Notícias, Expresso and Correio da Manhã. He has also worked for television. He was married to singer Cristina Branco radicated in the Netherlands. The couple who have two daughters, endured a complex litigation process with the Portuguese tax office and moved their tax address to the Netherlands in order to take advantage of the favorable tax environment there. By 2016, Salazar was driving a tuk-tuk for tourists in Lisbon in order to make a living. The couple got divorced in 2018.

Maria do Carmo Carvalho Rebelo de Andrade, better known as Carminho, is a Portuguese fado and popular music singer. She comes from a family of musicians, since her mother, Teresa Siqueira, was a famous fado singer. She is considered one of the most talented and innovative fado singers of her generation. She can be considered as a crossover artist, since her eclectic work shows the heritage of both traditional and contemporary fado, as she also delves into other genres such as Brazilian popular music.

Morangos com Açúcar – O Filme is a 2012 Portuguese teen film, directed by Hugo de Sousa and based on the TV series with the same name. It stars Sara Matos, Lourenço Ortigão and others.

David Araújo Antunes, better known by his artistic name David Carreira, is a Portuguese singer, actor and model. His debut album N.1 (2011) reached number 1 in the Portuguese charts and follow-up A força está em nós to number 2 in Portugal. Singing in Portuguese, English and French, he has developed an international career and is particularly known in French markets as well with a number of successful singles including "Obrigado la famille" and "Boom". 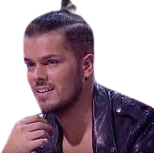 Mickael Carreira is a Portuguese pop singer and songwriter. He is most famous for his ballads and the romanticism of his songs made him one of the best selling artists in Portugal. In total, his albums were certified platinum nine times. Over the course of his career, Mickael has collaborated with such international artists as Anggun, Enrique Iglesias and Sebastián Yatra.

Patrícia Nogueira Ribeiro, better known as Patrícia Ribeiro is a Portuguese transsexual singer, songwriter, model and dancer. She is contracted by DistriRecords label. She was the fourth person from her country to undergo sex reassignment surgery and be its first transsexual singer.

Júlio Resende is a Portuguese pianist and composer. He is a pioneer of a unique and new genre called "Fado-Jazz". His improvisation techniques are transversal to his aesthetics, and articulate different musical genres, from Jazz, Fado, Classical Music and even Electronic Music.