Last updated September 24, 2022
Directory of the Anglican Communion in the United Kingdom

Crockford's Clerical Directory (Crockford) is the authoritative directory of Anglican clergy and churches in the United Kingdom and Ireland, containing details of English, Welsh, Scottish and Irish benefices and churches, and biographies of around 26,000 clergy in those countries as well as the Church of England Diocese in Europe in other countries. It was first issued in 1858 by John Crockford, [1] a London printer and publisher.

Crockford is currently compiled and published for the Archbishops' Council by Church House Publishing. [2] It covers in detail the whole of the Church of England (including the Diocese in Europe), the Church in Wales, the Scottish Episcopal Church, and the Church of Ireland, and it also gives some information – now more limited – about the world-wide Anglican Communion.

The title of the first edition was simply The Clerical Directory, but a footnote showed that it was published by John Crockford, 29 Essex Street, the Strand. The original publisher died suddenly in 1865, shortly before the appearance of the third edition of what had by then become Crockford's Clerical Directory. For many subsequent issues the volumes were anonymously edited, but they were published under the imprint of Horace Cox – the nephew of John Crockford's closest business associate, solicitor and publisher Edward William Cox (1809Ω–1879). (His family was probably quite unrelated to the Charles Cox who coincidentally was the publisher of Crockford's chief rival, the Clergy List . [note 1] ) Horace Cox died in 1918 [note 2] and the title was subsequently sold in 1921 to the Oxford University Press, [3] who continued as publishers until the early 1980s. For the 1985/86 issue, publication was transferred to the Church Commissioners and their Central Board of Finance (who worked from their own administrative lists and databases). The publication is now collated by Church House Publishing.

The 1858 edition was later described as seemingly "assembled in a very haphazard fashion, with names added 'as fast as they could be obtained', out of alphabetical order and with an unreliable index". But nevertheless the 1860 directory "had become a very much more useful work of reference". [note 6] However, the original volume was actually a consolidation of what in 1857 had been conceived as a mere series of supplements to an entirely different publication, the Clerical Journal. [note 7] The editors explained in the preface that they wished it to be understood that it was "but the foundation of a great work which, with the Cordial aid of the clergy, we shall hope to make more and more perfect every year".

Scope of the directory

The 1858 issue was based on postal returns from the clergy in England and Wales, involving an outlay – as the preface pointed out – of "more than Five Hundred Pounds for Postage Stamps alone". Simpler lists for the Scottish Episcopal Church and for a number of colonial clergy – obtained from alternative sources – had been added by the 1865 edition, whilst details of Irish clergy had also been extracted from Alexander Thom's Irish Almanack and Official Directory. From the 1870s onwards the scope was progressively extended to all parts of the Anglican communion with the notable exception of the Episcopal Church (United States). The 1870 edition contained 940 pages, but this had increased to over 2,100 pages by 1892.

The earliest editions had also gradually added some details of diocesan office holders and administrators, together with the theological colleges, and the royal chapels. They also acquired much fuller indexes – along with outline maps of dioceses, and increasingly complete lists of bishops, dating right back to the earliest years of their sees. They further offered to all clergy an opportunity to list their publications, although these lists eventually had to be cut back as their overall length started to increase dramatically.

By the early 1980s severe economies had become necessary and 1985/86 edition had to be restricted to the "home" churches of England, Scotland and Wales. [6] Retired clergy were temporarily restricted to just a few details of their final appointment, although it became possible to restore the Irish clergy in time for the 1987/88 edition. Later editions saw a further return of the retired clergy, together with details of those overseas clergy who had originally been licensed or trained in the UK, or who occupied senior positions within their respective church hierarchies. Details which had also become obtainable from the Church of England Yearbook or from similar sources were generally excluded. For a time too clergy who made their livings though secular jobs were excluded from the biographies section, with the abbreviation NQ (Non-Qualifying Position) being used to cover such periods when clerics returned to parish work and were again eligible for inclusion. In that many such clergy retained diocesan licences or episcopal "Permissions to Officiate" during their periods of secular employment, this approach may have caused a degree of difficulty for clerics who needed to prove their clerical status.

By 1985/86 the first women deacons were being included (although women priests ordained in Hong Kong were included even in the 1970s) while other more recent innovations – from the 1990s onwards – have included optional email addresses, together with lists of those clergy who have died since the previous edition. Notes on "How to Address the Clergy" [7] have been retained. A small number of clergy have been excluded at their own request, or have allowed their biographies to appear minus a contact address. The Church Commissioners soon replaced the traditional black hardback bindings in favour of red and also introduced a separate softback alternative version.

Since 2004 there has also been a frequently updated Internet edition of Crockford, which is available by subscription. [8] More recently the directory has also joined in with social networking, operating a Twitter account since 2012.

An alternative to the main work, Crockford's Shorter Directory, focused almost entirely on the Church of England and omitting all past biographical details, was issued as a single edition in 1953–54.

The well-known tradition of having an extensive but anonymous preface offering a general review of events within the Anglican Communion – together with some occasionally sharp and controversial commentary – evolved gradually during the early part of the 20th century. [3] Previous prefaces had tended to be much briefer and they had often been limited merely to explaining the directory's in-house policies. After the events following the publication of the 1987/88 edition, which had ended with the death by suicide of the Revd Gareth Bennett, this tradition of the anonymous preface was discontinued.

An anthology, Crockford Prefaces: The Editor Looks Back, anonymously edited by Richard Henry Malden [3] and covering the previous 25 years, was published by the Oxford University Press in 1947. [9]

County libraries each have their own policies, but there are good collections in a number of major academic and ecclesiastical libraries, including Cambridge University Library, Lambeth Palace Library, Canterbury Cathedral Library, Palace Green Library, Durham, York Minster Library, the Guildhall Library and the Society of Genealogists.

Crockford is referenced in Dorothy Sayers's 1927 detective novel Unnatural Death (chapter XI) where Lord Peter Wimsey uses "this valuable work of reference" in trying to trace a clergyman who is important for solving the book's mystery.

Another fictional character holding Crockford on his bookshelves was Sherlock Holmes, who during one of his final short stories ("The Adventure of the Retired Colourman"), consulted his copy before dispatching his colleague Dr Watson, together with another companion, to a distant part of Essex. There they interviewed "a big solemn rather pompous clergyman" who received them angrily in his study.

Holmes also describes to Mary Russell that he used Crockford to research the preacher Margery Childe, in Laurie R. King's A Monstrous Regiment of Women.

The character Dulcie Mainwaring prefers Crockford's format to Who's Who while reflecting on researching in the Public Record Office in London in Barbara Pym's No Fond Return of Love.

In a chapter entitled The Visitor in the Night by Freeman Wills Crofts of the book The Floating Admiral, Inspector Rudge looks up the background of Reverend Mount in a Crockford's.

Gareth Vaughan Bennett, also known as Garry Bennett, was a British Anglican priest and academic who committed suicide in the wake of media reactions to an anonymous preface he wrote for Crockford's Clerical Directory.

Sir William Derek Pattinson was secretary-general of the General Synod of the Church of England from 1972 until 1990. 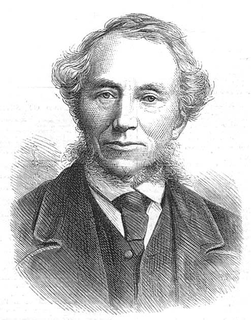 Edward William Cox known as Serjeant Cox (1809–1879) was an English lawyer and legal writer, who was also a successful publisher. He has been described as "the greatest entrepreneur of 'class' journalism".

The Clergy List was a professional directory of the Church of England which appeared between 1841–1917. From the start it also covered Wales, together with more limited information relating to Scotland, Ireland, and other churches within the Anglican Communion.

The Clerical Guide or Ecclesiastical Directory was the earliest ever specialist directory to cover the clergy of the Church of England. In its initial format it appeared just four times – in 1817, 1822, 1829 and 1836, under the editorial direction of Richard Gilbert.

John Crockford was an English book publisher in the Mid-19th Century.

Horace Packe was the Archdeacon of Southland from 1913 until 1922.

The Archdeacon of Raphoe is a senior ecclesiastical officer within the Anglican Diocese of Derry and Raphoe. As such he or she is responsible for the disciplinary supervision of the clergy within the Raphoe part of the diocese, which is by far the largest.

John Walmsley was an English Anglican missionary bishop for the Anglican Diocese of Sierra Leone in the early twentieth century.

William Guise Tucker, RN, B.A., was a Church of England priest and Royal Navy chaplain. He was the inaugural Chaplain of the Fleet, serving from 1865 to 1871.

Fitzhardinge Berkeley Portman was a British Church of England priest, most notably Archdeacon of Wells from 1862 until 1863.

Horace Cox was an important and distinct publisher of books in London, founded in the Victorian era. Cox himself died in 1918. Amongst others, the firm published Crockford's Clerical Directory, The Field and The Law Times.

Walter Edmund Matthew was an Anglican archdeacon in India in the second half of the 19th century.

Thomas Farrar was Archdeacon of Berbice from 1884 until his death in 1893.

(William) Conybeare Bruce was a Welsh Anglican priest, most notably Archdeacon of Monmouth during the late 19th and early 20th centuries.