Current Contents was first published in paper format, in a single edition devoted only to biology and medicine. Other subject editions were added later. Initially, it consisted simply of a reproduction of the title pages from several hundred major peer-reviewed scientific journals, and was published weekly, with the issues containing title pages from journal issues only a few weeks previously, a shorter time lag than any service then available. There was an author index and a crude keyword subject index only. Author addresses were provided so readers could send reprint requests for copies of the actual articles.

Still published in print, it is available as one of the databases included in Clarivate Analytics' ISI Web of Knowledge with daily updates, and also through other database aggregators.

The Current Contents published editions are as follows.

Current Contents Collections is issued as two different editions. These are the Electronics and Telecommunications Collection and the Business Collection. These collections index scholarly journals, trade publications, as well as business and industry related publications. [1]

The Institute for Scientific Information (ISI) was an academic publishing service, founded by Eugene Garfield in Philadelphia in 1956. ISI offered scientometric and bibliographic database services. Its specialty was citation indexing and analysis, a field pioneered by Garfield.

The Arts & Humanities Citation Index (A&HCI), also known as Arts & Humanities Search, is a citation index, with abstracting and indexing for more than 1,700 arts and humanities journals, and coverage of disciplines that includes social and natural science journals. Part of this database is derived from Current Contents records. Furthermore, the print counterpart is Current Contents.

The Science Citation Index Expanded – previously entitled Science Citation Index – is a citation index originally produced by the Institute for Scientific Information (ISI) and created by Eugene Garfield. It was officially launched in 1964 and is now owned by Clarivate. The indexing database covers more than 9,200 notable and significant journals, across 178 disciplines, from 1900 to the present. These are alternatively described as the world's leading journals of science and technology, because of a rigorous selection process.

Applied Physics A: Materials Science and Processing is a peer-reviewed scientific journal that is published monthly by Springer Science+Business Media. The editor-in-chief is Thomas Lippert. This publication is complemented by Applied Physics B .

The Web of Science is a paid-access platform that provides access to multiple databases that provide reference and citation data from academic journals, conference proceedings, and other documents in various academic disciplines. It was originally produced by the Institute for Scientific Information. It is currently owned by Clarivate. 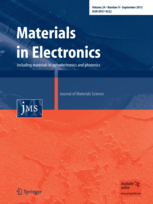 Open Geosciences is a peer-reviewed open-access scientific journal covering all aspects of the Earth sciences. It is published by De Gruyter and the editor-in-chief is Piotr Jankowski. The journal was established in 2009 as the Central European Journal of Geosciences, co-published by Versita and Springer Science+Business Media. In 2014, the journal was moved to De Gruyter. It obtained its current name in 2015, when it became open-access.

Combinatorics, Probability and Computing is a peer-reviewed scientific journal in mathematics published by Cambridge University Press. Its editor-in-chief is Béla Bollobás. The journal covers combinatorics, probability theory, and theoretical computer science. Currently, it publishes six issues annually. As with other journals from the same publisher, it follows a hybrid green/gold open access policy, in which authors may either place copies of their papers in an institutional repository after a six-month embargo period, or pay an open access charge to make their papers free to read on the journal's website. 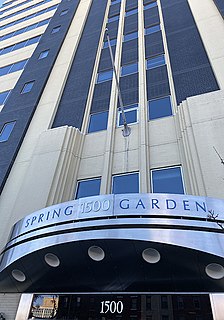 Clarivate is an British-American publicly traded analytics company that operates a collection of subscription-based services, in the areas of bibliometrics and scientometrics; business / market intelligence, and competitive profiling for pharmacy and biotech, patents, and regulatory compliance; trademark protection, and domain and brand protection. In the academy and the scientific community, Clarivate is known for being the company which calculates the impact factor, using data from its Web of Science product family, that also includes services/applications such as Publons, EndNote, EndNote Click, and ScholarOne. Its other product families are Cortellis, DRG, CPA Global, Derwent, MarkMonitor, CompuMark, and Darts-ip, and also the various ProQuest products and services.

IEEE Photonics Technology Letters is a semi-monthly peer-reviewed scientific journal which focuses on the theory, design, fabrication, and performance of lasers and optical devices as well as optical fibre technologies. It is published by the IEEE Photonics Society and was established in 1989. The editor-in-chief is Boon S. Ooi.