Daan Nieber (born in Amsterdam on November 6, 1980) is a Dutch journalist who worked for the PowNed public broadcasting association. [1] [2] He reported for the daily PowNews news programme. [3]

He was a presenter of the short-lived Dutch version of CQC on Veronica alongside Pieter Jouke and Beau van Erven Dorens. [4]

In 2021, he appeared in the television game show De Verraders . 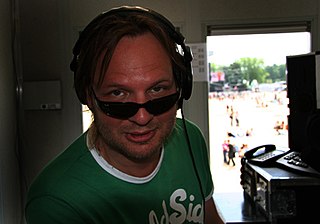 Caiga Quien Caiga, also known as CQC, is an Argentine television show. Under the format of the production company Cuatro Cabezas, CQC has also been adapted in Spain, France, Chile, Italy, Brazil, Portugal and briefly in Israel and the Netherlands.

Anton Janssen is a Dutch former football manager and player. He is mostly known for his tenure as a player for PSV Eindhoven where he was part of their European Cup victory in 1988.

Gerard Jan Joling is a Dutch singer and television presenter. Known for his high tenor voice, he rose to fame in the late 1980s and released a string of singles including "Ticket to the Tropics" and "Love Is in Your Eyes". He also achieved success in Asia and received more than 20 gold and platinum records.

Cornelis Willem (Gordon) Heuckeroth is a Dutch singer and television personality, known in The Netherlands by his nickname Gordon. Globally he is best known for several viral videos from the TV show Holland's Got Talent in which he made racist remarks about a Dutch-Chinese contestant. 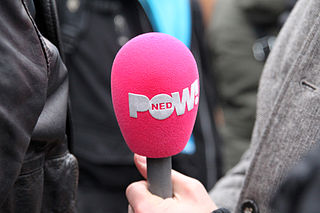 PowNed is a Dutch broadcaster, which transmits radio and television programmes on the Netherlands Public Broadcasting system. Each weekday evening it airs a satirical news show called PowNews on Nederland 3, in which politicians and other public and non-public figures are confronted with provocative questions, and often ridiculed. 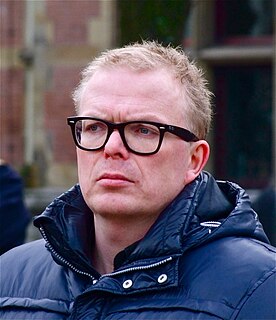 Jan Roos was a Dutch "lijsttrekker" of the party VNL for the Dutch elections in March 2017. 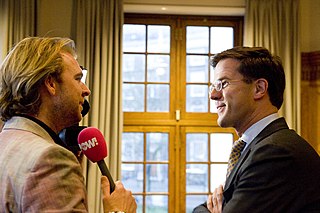 PowNews was a Dutch television news show which was broadcast on Nederland 3 from Amsterdam on Monday to Friday evenings by public broadcaster PowNed. The first broadcast was on 6 September 2010. The show ceased to exist in its current form on 5 December 2014 and was replaced by a 45-minute-long weekly show, primetime on Thursday evening.

Dominicus Jacobus "Dominique" Weesie is a Dutch journalist and founder of the weblog GeenStijl and the public broadcasting association PowNed.

Jojanneke van den Berge is a Dutch journalist who worked for the broadcasting association PowNed.

Sven van Beek is a Dutch professional footballer who plays as a centre back for Eredivisie club Willem II, on loan from Feyenoord. 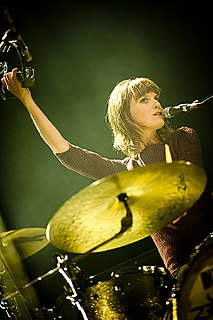 Isolde Lasoen is a Belgian (Flemish) drummer and singer.

Daan is a Dutch masculine given name, short for Daniël. In the Netherlands, it has increased significantly in popularity as a birth name since 1970. People with the name include:

Sanae Orchi is a Dutch model, entrepreneur, presenter and journalist. She also has her own fashion brand. 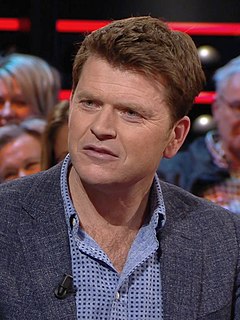 Jan Versteegh is a Dutch television presenter and singer. 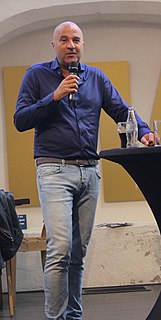