Daniel Lee Truhitte (born September 10, 1943, in Sacramento, California) [1] is an American actor, best known for his portrayal of Rolfe Gruber, the young Austrian telegraph delivery boy in The Sound of Music (1965). Truhitte is a singer, actor, dancer, and performance teacher.

Daniel Truhitte began dance training at the age of 6 and began taking voice lessons at the age of 10. When he was 15 years old, he received a scholarship to The Sacramento Ballet. After high school, Truhitte received a scholarship to the Pasadena Playhouse. He also attended Ambassador College in Pasadena, California. After filming The Sound of Music, he joined the Marine Corps. In 1969, Truhitte moved to Weddington, North Carolina, and then finally to Concord, North Carolina, and began teaching young performers. He appeared in an episode of Entertainment Tonight titled "A Day in the Life of Dan Truhitte" on September 10, 1993, after The Old Courthouse Theatre of Concord, North Carolina asked him to play Captain Von Trapp in their production of The Sound of Music. Truhitte portrayed Captain von Trapp once again in the Hudson, North Carolina Dinner Theatre Production of The Sound of Music in October 2013. [2]

Truhitte married his co-star Charmian Carr's understudy, German actress Gabrielle Hennig, in 1966. They dated while filming The Sound of Music and married 2 years later. The marriage ended in divorce. He married Mary Miller in 1987, which also ended in divorce. He later married Tarealia Hanney in 1992.[ citation needed ]

Truhitte has three sons, one of whom is opera singer Thomas Rolf Truhitte. [1]

The Sound of Music is a musical with music by Richard Rodgers, lyrics by Oscar Hammerstein II, and a book by Howard Lindsay and Russel Crouse. It is based on the 1949 memoir of Maria von Trapp, The Story of the Trapp Family Singers. Set in Austria on the eve of the Anschluss in 1938, the musical tells the story of Maria, who takes a job as governess to a large family while she decides whether to become a nun. She falls in love with the children, and eventually their widowed father, Captain von Trapp. He is ordered to accept a commission in the German navy, but he opposes the Nazis. He and Maria decide on a plan to flee Austria with the children. Many songs from the musical have become standards, including "Edelweiss", "My Favorite Things", "Climb Ev'ry Mountain", "Do-Re-Mi", and the title song "The Sound of Music". 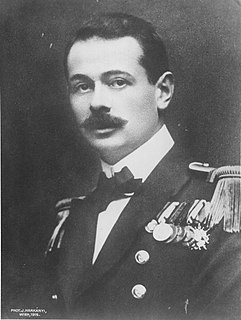 Georg Ludwig Ritter von Trapp was an officer in the Austro-Hungarian Navy who later became the patriarch of the Trapp Family Singers. Trapp was the most successful Austro-Hungarian submarine commander of World War I, sinking 11 Allied merchant ships totaling 47,653 GRT and 2 Allied warships displacing a total of 12,641 tons. His first wife Agathe Whitehead died of scarlet fever in 1922, leaving behind seven children. Trapp hired Maria Augusta Kutschera to tutor one of his daughters and married Maria in 1927. When he lost most of his wealth in the Great Depression, the family turned to singing as a way of earning a livelihood. Trapp declined a commission in the German Navy after the Anschluss and settled in the United States.

Michael Praed, birth name Michael David Prince, is a British actor and narrator, probably best remembered for his role as Robin of Loxley in the British television series Robin of Sherwood, which attained cult status worldwide in the 1980s.

Nicholas Hammond is an American-born Australian actor and writer who is best known for his roles as Friedrich von Trapp in the film The Sound of Music and as Peter Parker/Spider-Man in the 1970s television series The Amazing Spider-Man. He also appeared in the theatrical films as Spider-Man and its two sequels outside of North America. 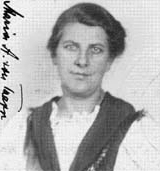 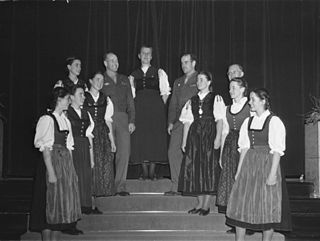 The Trapp Family were a singing group formed from the family of former Austrian naval commander Georg von Trapp. The family achieved fame in their original singing career in their native Austria during the interwar period. They also performed in the United States before emigrating there permanently to escape the deteriorating situation in Austria during World War II. In the United States, they became well known as the "Trapp Family Singers" until they ceased to perform as a unit in 1957. The family's story later served as the basis for a memoir, two German films, the 1959 Rodgers and Hammerstein Broadway musical The Sound of Music, and the hugely popular 1965 film of the same name. The last surviving of the original seven Trapp children, Maria Franziska, died in 2014 at the age of 99. 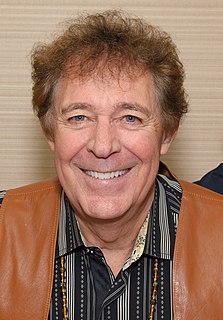 Barry William Blenkhorn, known professionally as Barry Williams, is an American actor and singer best known for his role as the eldest of the Brady sons, Greg Brady, on the ABC television series The Brady Bunch (1969–1974), a role he reprised in several sequels and spin-offs.

Heather Menzies Urich was a Canadian–American model and actress, known for her roles as Louisa von Trapp in the 1965 film The Sound of Music and Jessica 6 in the TV series Logan's Run.

The Sound of Music is a 1965 American musical drama film produced and directed by Robert Wise, and starring Julie Andrews and Christopher Plummer, with Richard Haydn, Peggy Wood, Charmian Carr, and Eleanor Parker. The film is an adaptation of the 1959 stage musical of the same name, composed by Richard Rodgers with lyrics by Oscar Hammerstein II. The film's screenplay was written by Ernest Lehman, adapted from the stage musical's book by Lindsay and Crouse. Based on the 1949 memoir The Story of the Trapp Family Singers by Maria von Trapp, the film is about a young Austrian postulant in Salzburg, Austria, in 1938 who is sent to the villa of a retired naval officer and widower to be governess to his seven children. After bringing love and music into the lives of the family, she marries the officer and, together with the children, finds a way to survive the loss of their homeland to the Nazis.

Robert Westenberg is an American musical theatre actor, acting teacher and professor. He appeared on Broadway in Sunday in the Park with George, The Secret Garden and Into the Woods, as well as several other musicals. He is the musical theatre coordinator and associate professor in the theatre and dance department at Missouri State University.

Noel John Christopher Harrison was an English actor and singer who had a hit singing "The Windmills of Your Mind" in 1968, and was a member of the British Olympic skiing team in the 1950s. He was the son of the actor Rex Harrison.

Trapp Family Story is a 1991 Japanese animated series by Nippon Animation, based on the story of the real-life Austrian singing family the Trapp Family. It is a part of the World Masterpiece Theatre franchise, which adapted classic works of literature into animated TV shows. 40 episodes aired on Fuji TV.

Dennis Parlato is an American dancer, actor, and singer.

The Sound of Music Live! is an American television special that was originally broadcast by NBC on December 5, 2013. Produced by Craig Zadan and Neil Meron, the special was an adaptation of Rodgers and Hammerstein's 1959 Broadway musical The Sound of Music. The television special starred country singer and American Idol winner Carrie Underwood as Maria von Trapp, and was performed and televised live from Grumman Studios in Bethpage, New York.

Ron Bohmer is an American actor and singer best known for his musical theatre roles on Broadway and as a recording artist and singer-songwriter. He has starred in numerous Broadway productions, including The Scarlet Pimpernel, Les Misérables, and Fiddler on the Roof, and toured the United States playing such parts as the Phantom in The Phantom of the Opera, and Joseph Smith in The Book of Mormon. As a concert soloist he has performed with symphony orchestras around the world.

Kerstin Anderson is an American stage actress and singer. She starred as Maria Von Trapp in the 2015 U.S. national tour of The Sound of Music, for which she received warm praise. She made her Broadway debut as the alternate for Eliza Doolittle in the 2018 revival of My Fair Lady.