Entertainment Tonight (or simply ET) is an American first-run syndicated entertainment television newsmagazine that is distributed by CBS Television Distribution throughout the United States and owned by CBS Interactive.

The format of the program is composed of stories of interest from throughout the entertainment industry, exclusive set visits, first looks at upcoming film and television projects, and one-on-one interviews with actors, musicians and other entertainment personalities and newsmakers.

A one-hour weekend edition, ET Weekend (known as Entertainment This Week until September 1991), originally offered a recap of the week's entertainment news, with most or all episodes later transitioning to center (either primarily or exclusively) around some sort of special theme; though the weekend edition now utilizes either format depending on the episode, most commonly, the format of those broadcasts consists of replays of stories that were shown during the previous week's editions.

ET Radio Minute, a daily radio feature, is syndicated by Westwood One.

In November 2018, CBS launched a free, 24-hour over-the-top streaming service known as ET Live; it features the correspondents from the linear show with expanded coverage of entertainment news. It is available via web browsers, apps, and most recently, the free streaming service Pluto TV (which added ET Live to its' channel lineup in November 2019). [1] [2]

In its early years from its 1981 inception, Entertainment Tonight – following a local newscast-style format – consisted primarily of coverage of the latest movies, music and television releases and projects.

They signed an exclusive agreement to cover the wedding of convicted child molester Mary Kay Letourneau, who married the student she had an affair with, Vili Fualaau; [3] and attorney Howard K. Stern, who represented Daniel Birkhead in the paternity case of the late Anna Nicole Smith's daughter Dannielynn. [4] [5] ET has also aired exclusive stories related to Anna Nicole Smith, including coverage of her funeral, and her surviving daughter. [6]

In 1996, actor George Clooney decided to boycott Entertainment Tonight to protest the presence of intrusive paparazzi after Hard Copy did an exposé about his love life, violating an agreement that he had with Paramount, which produced and syndicated both shows. [7] In a letter he sent to Paramount, Clooney stated that he would encourage his friends to do the same. [8]

On September 8, 2008, Entertainment Tonight began broadcasting in high definition; concurrently, the program moved its production and studio operations from its longtime home at Stage 28 on the Paramount Pictures studio lot to Stage 4 at CBS Studio Center, one of the final steps involving the incorporation of Paramount's former syndication arm, Paramount Domestic Television, into CBS' distribution arms and the adoption of the then-new CBS Television Distribution name, which all took place following the breakup of CBS and the original Viacom into separate companies in December 2005. [9]

After pressure via a social media campaign by actors Dax Shepard and Kristen Bell, ET announced in February 2014 that it would no longer accept footage or pictures of the children of celebrities from paparazzi photographers. [10]

This show is the longest-running syndicated show, surpassing Soul Train , which had a 37-year run.

As of 2007 [update] , despite competition from The Insider and even the more general-focus newsmagazine Inside Edition , both which are also produced by CBS Television Distribution, Entertainment Tonight remained among the ten highest-rated syndicated programs according to Nielsen weekly ratings. During the 2007–08 season, the program's daytime ratings fluctuated between fourth and fifth place due to competition from fellow CBS-syndicated program Judge Judy . [11]

ABC World News Tonight is the flagship daily evening television news program of ABC News, the news division of the American Broadcasting Company (ABC) television network in the United States. Since 2014, the program's weekday broadcasts have been anchored by David Muir. Cecilia Vega and Tom Llamas rotated as anchors of the Saturday editions and Sunday editions until Llamas was named sole weekend anchor in January 2017. 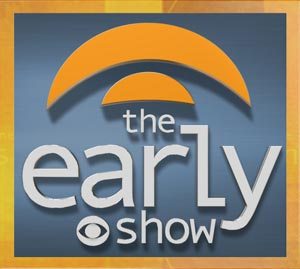 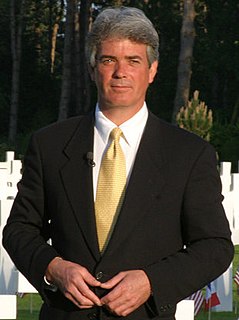 The Insider is a defunct American syndicated newsmagazine television program that was distributed by CBS Television Distribution. The program premiered in first-run syndication on September 13, 2004 and ended on September 9, 2017, as a spin-off of Entertainment Tonight, which originated the concept as a segment that took viewers "behind closed doors" and gave them "inside" information on stories and topics of interest from throughout the entertainment industry.

The George Michael Sports Machine is a defunct syndicated, sports-related American television program which was launched in 1984. The show aired weekends, usually on Sunday nights, and originated from WRC-TV in Washington, D.C., one of NBC's owned and operated stations. Most of the stations that aired The Sports Machine were NBC affiliates.

Extra is an American syndicated television newsmagazine that is distributed by Warner Bros. Television Distribution and premiered on September 5, 1994. The program serves as a straight rundown of news headlines and gossip throughout the entertainment industry, providing coverage of events and celebrities; however, since 2013, it has also placed an even greater emphasis on interviews and insider previews of upcoming film and television projects. As of 2019, the program's weekday broadcasts are anchored by Billy Bush, with the weekend editions anchored by Renee Bargh and Jennifer Lahmers. 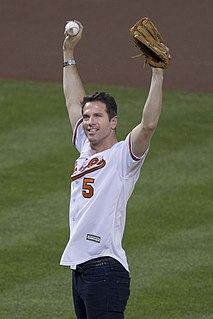 Thomas Albert Roberts is an American television journalist who served as a news anchor for MSNBC, a cable-news channel. He ended his seven-year stint anchoring MSNBC Live, the daytime news platform of NBC News, on weekends from 5-7pm ET. Before that he was anchor of Way Too Early and a contributor to Morning Joe. He was also an NBC News correspondent and a fill-in anchor on Today and NBC Nightly News. On November 18, 2017, it was announced that Roberts had decided to leave MSNBC for other endeavors.

Showbiz Tonight is a defunct American entertainment news program that aired from February 20, 2005, until February 6, 2014, on HLN. Showbiz Tonight was hosted by A.J. Hammer at CNN New York at the time of its cancellation. The show reported and debated celebrity entertainment news stories and controversies, along with social networking segments involving viewer interaction via social networks and the program's call-in toll free number. The program aired Monday through Thursday nights at 11 p.m. Eastern, with encore presentations on Tuesday through Saturday mornings at 2 a.m. and 4:10 a.m. Eastern. Showbiz Tonight is also shown several times daily in Europe on Star! Scandinavia, a channel operated by Turner NonStop Television, part of Turner Broadcasting. 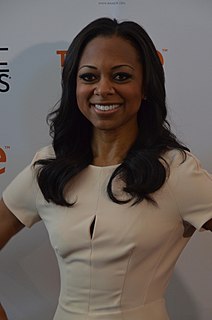 Nischelle Renee Turner is a former entertainment correspondent for HLN's Showbiz Tonight and CNN. And is now co-host of Entertainment Tonight. Previously she was an entertainment correspondent for KNBC in Los Angeles. She was a general assignment reporter for KTTV FOX 11 from 2004 and to October 2, 2008 and worked as a sideline reporter for FOX's Sunday NFL broadcasts, and did segments for a show called Dailies. Prior to KTTV, she worked for WEHT, the ABC affiliate in Evansville, Indiana and for WVUE, the FOX Affiliate in New Orleans. She is a native of Columbia, Missouri. She attended the University of Missouri, and graduated from its Journalism school in 1998. She used to work with either analyst Kurt Warner or Torry Holt and either play-by-play Chris Myers, Sam Rosen (sportscaster), or Chris Rose. She also works with Paul Sunderland on college basketball telecasts.

E! News, previously known as E! News Daily and E! News Live, is the flagship entertainment newscast of the E! network in the United States. Without italics, it is the name of the network's entertainment-news division. The newscast debuted on September 1, 1991, and primarily reports on celebrity news and gossip, along with previews of upcoming films and television shows, regular segments about all of those three subjects, and some news about the industry in general. 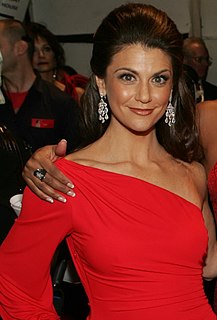 Samantha Harris is an American television presenter, model, and entertainment reporter and actress, known as the co-host of seasons two through nine of Dancing with the Stars with Tom Bergeron. From 2010–12, she was a correspondent at Entertainment Tonight. In September 2015, she returned to the program as a co-anchor for the weekend edition.

Julie Moran is an American journalist, television host, and sportscaster. She was the first female host for ABC’s Wide World of Sports. She was the weekend anchor and co-host for Entertainment Tonight from 1994 – 2001, and hosted the Academy Awards pre-show in 2001.

TMZ on TV is an American syndicated entertainment and gossip news television show that premiered on September 10, 2007. It is essentially a television version of its sister operation, TMZ, a news website with a heavy emphasis on gossip of celebrities' personal lives, which debuted in December 2005.