David Dominick DeLuise (born November 11, 1971) is an American actor and television director. He has appeared on numerous television shows as well as films. He is known for Coop in the animated show Megas XLR and Jerry Russo in Wizards of Waverly Place .

His first leading role came in 2003 with Dantre Cole, in BachelorMan. He had a recurring role in 3rd Rock from the Sun as Bug Pollone and was a regular performer on Jesse during its first season, playing Jesse's brother Darren. He also played a recurring role in Stargate SG-1 as Pete Shanahan. He was also seen in a Purina commercial for Beneful dog food, and a Kentucky Fried Chicken commercial. He also had special appearances in "Gilmore Girls" season 4 episodes 20 and 22 as TJ's brother.

DeLuise is also known for voicing Coop on the short-lived action animated Megas XLR (later reprising his role for the Cartoon Network game FusionFall ) and Sergeant Brutto in Roughnecks: Starship Troopers Chronicles . In 2005, he starred opposite Maggie Wheeler on the NBC pilot The Sperm Donor . In 2012, he had a guest role on Rizzoli & Isles as Dominic.

He portrayed the character of Jerry Russo, the family patriarch and former wizard on Disney Channel's Wizards of Waverly Place and Wizards of Waverly Place: The Movie from 2007 to 2012. DeLuise also directed numerous episodes of the series, beginning with the episode "My Tutor, Tutor" (2009). He has since directed episodes of How to Rock , See Dad Run , Lab Rats and The Thundermans .

In August 2012 he appeared in a commercial for KFC's Original Recipe Bites. [2]

Father Time is a personification of time. In recent centuries he is usually depicted as an elderly bearded man, sometimes with wings, dressed in a robe and carrying a scythe and an hourglass or other timekeeping device. 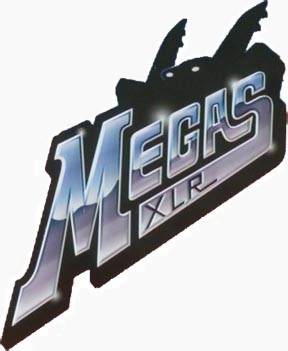 Megas XLR is an American animated television series created by Jody Schaeffer and George Krstic for Cartoon Network. The series revolves around two teenage slackers: mechanic Coop and his best friend Jamie, who find a mecha robot from the future called Megas in a New Jersey junkyard. Coop modifies Megas and replaces his head, the control center, with a classic muscle car, and names him XLR. Together with Megas's original pilot Kiva, they must defend Earth from the evil alien race called "the Glorft". The series is an homage and parody of mecha anime. Krstic was originally one of the co-creators of MTV's Downtown. 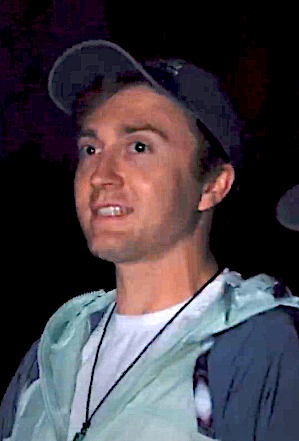 Daryl Christopher Sabara is an American actor. He is known for portraying Juni Cortez in the Spy Kids film series and for a variety of television and film appearances, including The Polar Express, Wizards of Waverly Place, Father of the Pride, Keeping Up with the Steins, Halloween, Green Inferno, World's Greatest Dad, Grimm, America's Most Talented Kid, and Weeds. 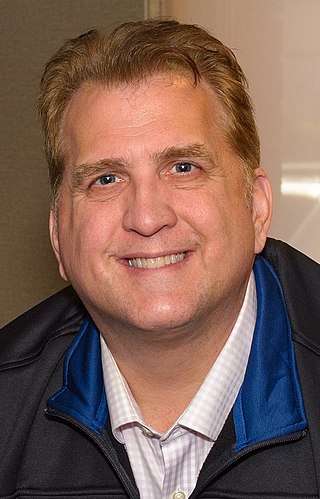 Daniel James Roebuck is an American actor and writer. His best known roles include Deputy Marshal Robert Biggs in The Fugitive and its spinoff film U.S. Marshals, Jay Leno in The Late Shift, and Dr. Leslie Arzt in Lost, as well as numerous Rob Zombie and Don Coscarelli films. He is also known for his role as Cliff Lewis, Ben Matlock's private investigator, on Matlock from 1992 until 1995. 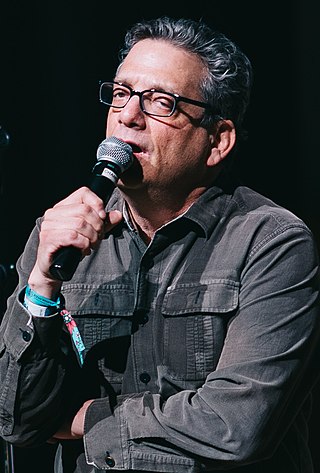 Andy David Kindler is an American comedian and actor from Queens, New York. He played the character "Andy", a fellow sportswriter and friend of sportswriter "Ray Barone" on the TV show Everybody Loves Raymond, was a regular guest on Late Show with David Letterman, contributor to The Daily Show, and has performed on HBO. Kindler frequently performs as a voice actor in animated television series from producer Loren Bouchard, including roles on Dr. Katz, Home Movies, and the recurring character of Mort the mortician on Bob's Burgers.

David Clayton Henrie is an American actor, writer, and director. He is noted for playing Ted Mosby's future son Luke on How I Met Your Mother and Justin Russo in Wizards of Waverly Place, as well as starring in the films Little Boy and Walt Before Mickey.

Wizards of Waverly Place is an American fantasy teen sitcom created by Todd J. Greenwald that aired on Disney Channel for four seasons between October 2007 and January 2012. The series centers on Alex Russo, a teenage wizard living on the titular street in the Greenwich Village section of New York City, who undertakes training alongside her siblings, Justin and Max, who are also equipped with magical abilities. The siblings are trained knowing that one day they will compete to win sole custody of their family's powers. Episodes focus on Alex's challenges in keeping her secret powers hidden while she deals with the social and personal issues of her youth. She frequently uses magic in her everyday life, sometimes irresponsibly, and develops her supernatural abilities over the course of the series. The main themes depicted include family, friendship and adolescence; the series also contains fantasy elements.

Jake Toranzo Austin Szymanski, known professionally as Jake T. Austin, is an American actor. Beginning his career as a child actor at the age of seven, Austin is best known for his role as Max Russo on the Disney Channel series Wizards of Waverly Place, and as the voice of Diego on the Nickelodeon animated series Go, Diego, Go!. Austin was also the original actor who portrayed Jesus Foster on the ABC Family family/teen drama series The Fosters. His feature film credits include co-starring roles in Hotel for Dogs, New Year's Eve, Rio and The Emoji Movie. 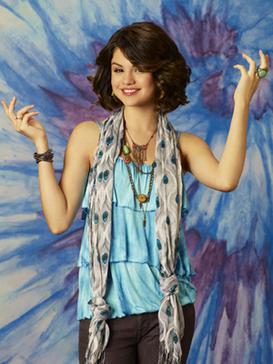 Alexandra Margarita "Alex" Russo is a fictional character and the protagonist of the Disney Channel sitcom Wizards of Waverly Place, portrayed by Selena Gomez. In 2008, AOL named her the twentieth greatest witch in television history. Selena Gomez, who plays Alex, is one of the only two cast members to appear in every single episode of the series; the only other cast member to do so is David Henrie, who plays Justin Russo. The character has also appeared in The Suite Life on Deck episode, Double Crossed. 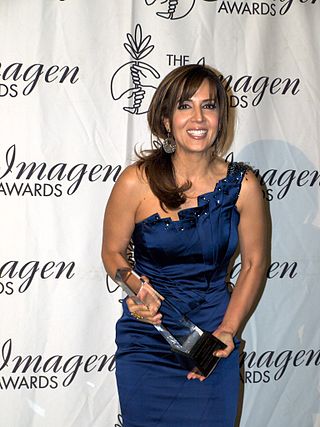 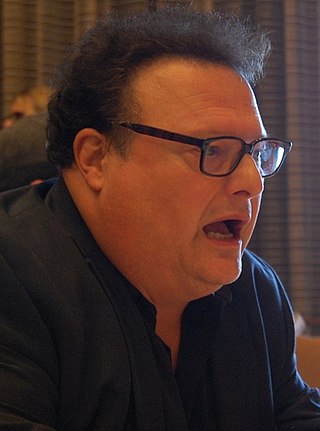 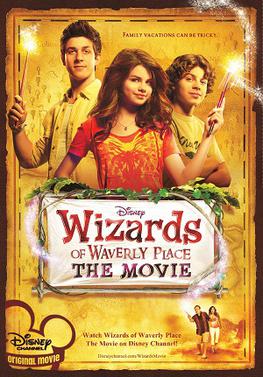 Wizards of Waverly Place: The Movie is a 2009 American made-for-television comedy-drama fantasy film based on the Disney Channel Original Series Wizards of Waverly Place. It was directed by Lev L. Spiro and filmed primarily in San Juan, Puerto Rico in February and March 2009. The full cast of the series starred in the film, although Jennifer Stone only had a small role at the beginning of the film. The film focuses on Alex Russo having to reverse a wish she made that her parents never met after being grounded during a trip to the Caribbean.

"Wizards on Deck with Hannah Montana" is a trilogy of crossover episodes between three Disney Channel original sitcoms which premiered in the United States on July 17, 2009. The crossover spanned across episodes of Wizards of Waverly Place, The Suite Life on Deck, and Hannah Montana. In the crossover, Max, Justin and Alex Russo join regulars from The Suite Life on Deck aboard the SS Tipton, and Cody Martin attempts to retrieve tickets for a Hannah Montana concert in Hawaii, while Miley Stewart, en route to the concert on the SS Tipton, loses her mother's lucky anklet – triggering a streak of bad luck.

The first season of Wizards of Waverly Place aired on Disney Channel from October 12, 2007 to August 31, 2008. The season introduces the Russo children, Alex, Justin, and Max Russo as they compete to become the leading wizard in their family. Maria Canals Barrera and David DeLuise star as their parents and Jennifer Stone co-stars as Alex's best friend, Harper Finkle. 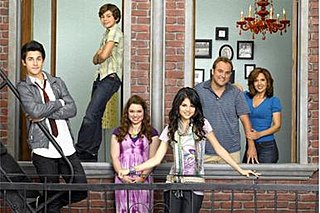 The second season of Wizards of Waverly Place aired on Disney Channel from September 12, 2008 to August 21, 2009. The season deals with the Russo children, Alex, Justin and Max Russo continuing to compete to become the leading wizard in their family. Also starring in the series are Maria Canals Barrera and David DeLuise as their parents, Theresa and Jerry, and Jennifer Stone as Alex's best friend, Harper Finkle. 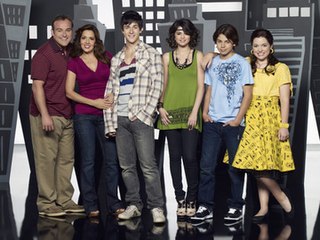 The third season of Wizards of Waverly Place aired on Disney Channel from October 9, 2009, to October 15, 2010. The Russo children, Alex, Justin, and Max Russo continue to compete to become the leading wizard in their family and meet many friends and adversaries along the way. Maria Canals Barrera and David DeLuise co-star as their parents and Jennifer Stone co-stars as Alex's best friend, Harper Finkle. This is the first season of the series to be broadcast in high-definition. This is also the final season to play the original version of the series theme song. 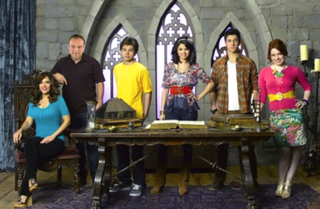 The fourth and final season of Wizards of Waverly Place aired on Disney Channel from November 12, 2010 to January 6, 2012. The Russo children, Alex, Justin, and Max Russo continue to compete to become the leading wizard in their magical family and begin to make difficult decisions about their futures. Maria Canals Barrera and David DeLuise co-star as their parents and Jennifer Stone co-stars as Alex's best friend, Harper Finkle. This is the second season of the series to be broadcast in high-definition.

Centaurs appear often in popular culture. Some appearances are also listed under Centaurides. 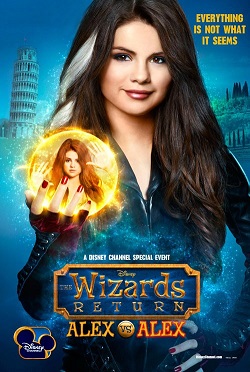 The Wizards Return: Alex vs. Alex is a 2013 American television special based on the Disney Channel Original Series Wizards of Waverly Place. It was directed by Victor Gonzalez and filmed primarily in Disney Studios in October and November 2012. The full cast of the series starred in the special, with the exception of David Henrie as Justin Russo, although the character was mentioned frequently. The film focuses on the Russo family, Harper, and Mason visiting Italy for a family reunion. The special premiered on March 15, 2013 on the Disney Channel in the United States, and attracted 5.9 million viewers.