Fane was educated at St. Pauls College in Grey Lynn.

Fane got into acting quite late and trained at the New Zealand Drama School Toi Whakaari, graduating in 1991.

He first appeared on television in a sketch comedy show called SKITZ alongside future Naked Samoans Oscar Kightley and Robbie Magasiva. He then did the sitcom spinoff "The Semisis" in which he played the father and the minister. In 2004 he performed in a play written by Oscar Kightley and Dave Andrews called Niu Sila. The play won the Chapman Tripp Theatre Award for Outstanding New Zealand Play of the Year. [1] Fane was a founding member of Naked Samoans. He played a leading role in Sione's Wedding. Other roles include parts in The Tattooist, bro'Town, Outrageous Fortune and the lead role in Diplomatic Immunity.

Fane is part host on the TV2 series "Island Wars" and morning host for the New Zealand radio station Flava 95.8 for 10 years.

In 2016 he was awarded the Emerging Pacific Artist award with Oscar Kightley at the Creative New Zealand Arts Pasifka Awards. [2]

In 2010, at the inaugural Radio Roast Fane pushed insult comedy boundaries when roasting advertising executives in front of a celebrity audience. He said that "Hitler had a right", people living with HIV deserved to be "roasted", and "Jews were expendable". The media, taking the incident out of context, suggested it was a drunken tirade when in fact it was in line with the theme of the night, a risque comedy Roast and Fane was explicitly instructed on what line to take. Fane abjectly apologised to the New Zealand AIDS Foundation (NZAF) and New Zealand Jewish Council. Both organisations accepted his apology on behalf of their communities. [3] [4] [5]

Arthur Baysting was a New Zealand writer, producer and children's advocate. He lived in Auckland with his partner, artist Jean Clarkson. They have two grown children.

John Campbell is a New Zealand journalist and radio and television personality. He is currently a presenter and reporter at TVNZ; before that, he presented Checkpoint, Radio New Zealand's drive time show, from 2016 to 2018. For ten years prior to that, he presented Campbell Live, a 7 p.m. current affairs programme on TV3. He was a rugby commentator for Sky Sports during the All Blacks' test against Samoa in early 2015 — a fixture he had vocally campaigned for while hosting Campbell Live.

Radio with Pictures was an early music video program, airing on New Zealand broadcaster TV2 from 1976 to 1989. "RadPix" aired as a weekly, late night series featuring adult and alternative music. 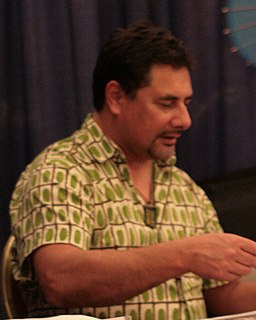 Sione's Wedding is a 2006 New Zealand comedic film directed by Chris Graham and written by James Griffin and Oscar Kightley, and produced by South Pacific Pictures. 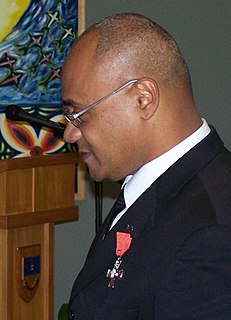 The Naked Samoans is a New Zealand comedy group made up of Polynesian entertainers, most of whom are Samoan. The group performs social humour and satire that attracts a broad audience, especially among white New Zealanders, without sacrificing the group's Pacific Island identity. The group has gained success in both television and film projects as well as in theatre, which remains their primary base in entertainment. The members of this group are David Fane, Mario Gaoa, Shimpal Lelisi, Oscar Kightley, Robbie Magasiva and Iaheto Ah Hi.

Mario Gaoa is a New Zealand actor, writer and director, best known as a member of the Naked Samoans comedy group. He is of Samoan descent. As part of the group he has appeared in the film Sione's Wedding; provided the voices of Sione Tapili and God in the animated series Bro'Town, which he also co-writes; and acted in various Naked Samoans comedic theatre performances. He has also appeared in the film Nightmare Man and briefly in the television series Hercules: The Legendary Journeys.

Nancy Brunning was a New Zealand actress, director, and writer who won awards in film and television and made a major contribution to the growth of Māori in the arts. Brunning was of Māori descent from the tribes of Ngati Raukawa and Ngai Tuhoe. She won the best actress award at the New Zealand Film Awards for her lead role in the film What Becomes of the Broken Hearted? (1999), the sequel to cult classic Once Were Warriors. In 2000, she won the Best Actress in Drama award at the New Zealand Television Awards for her lead role in the television series Nga Tohu. She was the acting coach for the Oscar-nominated short film Two Cars, One Night directed by Taika Waititi. According to friend and frequent collaborator Temuera Morrison, she "paved the way" for Māori actors in New Zealand.

Makerita Urale is a documentary director and a leading figure in contemporary Polynesian theatre in New Zealand. She has produced landmark productions in the performing arts. She is also a playwright. She is the writer of the play Frangipani Perfume, the first Pacific play written by a woman for an all-female cast. Working in different art mediums, Urale also works in film and television. She is the director of the political documentary Children of the Revolution that won the Qantas Award (2008) for Best Māori Programme. Urale was born on the island of Savai'i in Samoa.The family moved to New Zealand in the 1970s where they lived in Wellington. Urale has two brothers and three sisters, and the siblings also work in the arts and media. Urale's sister Sima Urale is a filmmaker and brother King Kapisi is a hip-hop artist. 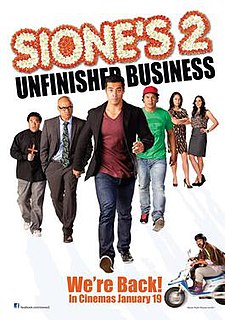 Guy Malachi Jones Williams is a New Zealand comedian and television personality. Williams was a co-host on satirical news and entertainment television programme Jono and Ben, until the show's end in 2018. In 2019, he began hosting the a faux news programme called "New Zealand Today". 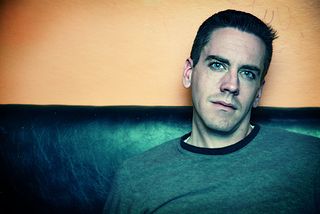 Dave Armstrong is a New Zealand playwright, screenwriter, trumpet player and columnist for The Dominion Post. His work has featured on stage, radio and television. His television writer credits include Spin Doctors, Seven Periods with Mr Gormsby, Great War Stories, and script editor for bro'Town. 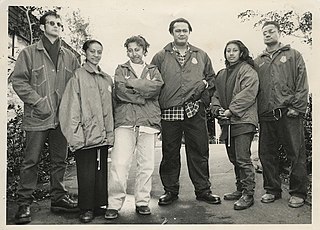