Die Aktuelle has been published since 1979. [1] [2] The magazine is part of Funke Mediengruppe. [3] It is published by Gong Verlag on a weekly basis. [1] [4] Its former editorial office was in Nurnberg. [1] The magazine is headquartered in Essen. [5] The chief editor is Anne Hoffmann. 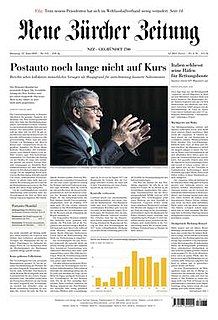 The Neue Zürcher Zeitung is a Swiss, German-language daily newspaper, published by NZZ Mediengruppe in Zürich. The paper was founded in 1780. It was described as having a reputation as a high-quality newspaper, as the Swiss-German newspaper of record, and for objective and detailed reports on international affairs. 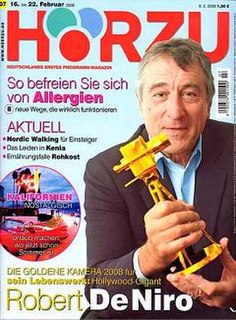 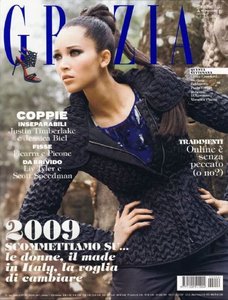 Frau im Spiegel is a German weekly magazine for women based in Munich, Germany. 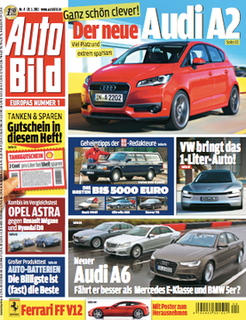 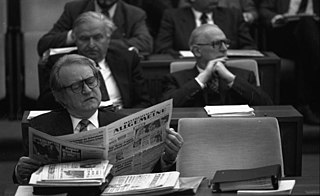 The Westdeutsche Allgemeine Zeitung (WAZ) is a commercial newspaper from Essen, Germany, published by Funke Mediengruppe. 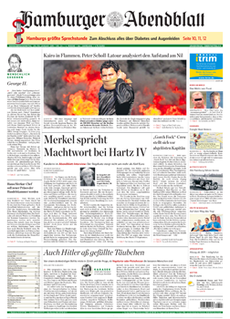 The Goldene Kamera is an annual German film and television award, awarded by the Funke Mediengruppe. The award show is usually held in early February in Hamburg, but has also taken place in Berlin in the past. 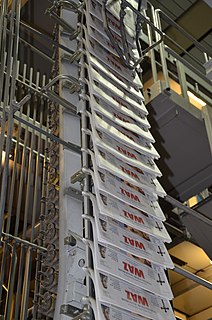 Gong is a German radio and television listings magazine owned and published by the German media conglomerate Funke Mediengruppe. 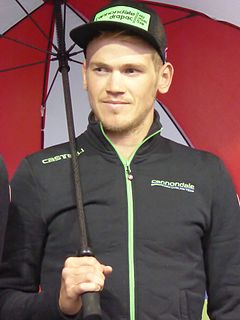 Auf einen Blick is a German language television and women's magazine published in Hamburg, Germany. It has been in circulation since 1983. 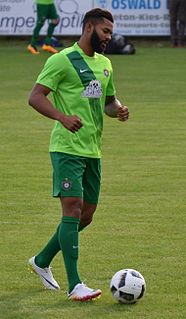 Cebio Soukou is a professional footballer who plays as a midfielder for 2. Bundesliga club SV Sandhausen. Born in Germany, he represents the Benin national team internationally.

Boris Tomiak is a German professional footballer who plays as a defender for 2. Bundesliga club 1. FC Kaiserslautern.