Dilaram Acharya is a Nepalese politician. He was elected to the Pratinidhi Sabha in the 1999 election, as a candidate of Rashtriya Jana Morcha (the electoral front of the Communist Party of Nepal (Masal) (2006)) in the constituency of Argakhanchi-1 with 23,452 votes. [1]

When Janamorcha Nepal was formed in 2002 through the merger of RJM and Samyukta Janamorcha Nepal, Acharya became a member of JMN. When JMN split in 2006, Acharya sided with Communist Party of Nepal (Unity Centre-Masal) (the parent party of JMN) general secretary Mohan Bikram Singh and Chitra Bahadur K.C. in rejecting participation the Seven Party Alliance government. Effectively JMN was split. [2] A conference of the JMN led by Chitra Bahadur K.C. was held in Butwal May 25–26, 2006, in which Acharya was elected General Secretary of this JMN faction. [3] The Chitra Bahadur K.C./Dilaram Acharya-led JMN was renamed as the Rashtriya Jana Morcha in 2007.

Communist Party of Nepal (Marxist-Leninist), a splinter group from the Communist Party of Nepal formed on March 5, 1998. Sahana Pradhan was the chair of the party and Bam Dev Gautam the general secretary. Within the CPN(UML) a power struggle had taken place after the death of Madan Bhandari. Gautam and Pradhan advocated a tactical alliance with the Rastriya Prajatantra Party, which the CPN(UML) general secretary Madhav Kumar Nepal opposed. Moreover, CPN(ML) opposed the Mahakali river treaty with India. CPN(ML) described the split in the following wordings in the manifesto:

Radha Krishna Mainali, better known as R. K. Mainali is a Nepalese politician. In the early 1970s he was one of the radical communists who led the Jhapa rebellion, inspired by the Naxalite movement in India.

Giriraj Mani Pokharel is a Nepalese politician and the current current Minister of Education. He is also a member of the Standing Committee of the Unified Communist Party of Nepal (Maoist).

Communist Party of Nepal (Unified) was a communist party in Nepal. The party was formed in 2007 through the merger of three groups: 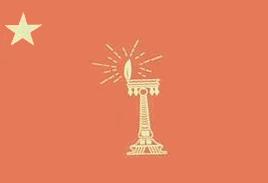 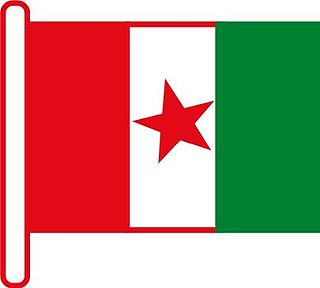 Madhesi Jana Adhikar Forum, Nepal "Madhesi People's Rights Forum, Nepal" is a political party in Nepal. It was initially not a political party as such, but a political advocacy movement demanding ethnic self determination rights with the formation of a Madhes autonomous region for Teraibasi people, an election system based on proportional representation, and the setting-up of a federal republic in Nepal. MJF includes former leaders of other political parties, like Nepali Congress and CPN(UML). The party is registered with the Election Commission of Nepal ahead of the 2008 Constituent Assembly election.

Rastriya Janashakti Party is a liberal political party in Nepal, led by former Prime Minister Surya Bahadur Thapa. Thapa had split away from the Rastriya Prajatantra Party in November 2004. The party is registered with the Election Commission of Nepal in March 2005.

Nepali Rastriya Janabhavana Party is a political party in Nepal. The party is registered with the Election Commission of Nepal ahead of the 2008 Constituent Assembly election.

Chitra Bahadur K.C. is a Nepalese politician and Former Deputy Prime Minister and Minister of Poverty Alleviation Of Nepal. He is the chairman of the Rashtriya Jana Morcha and the general secretary of the All Nepal Peasants Association linked to RJM.

The United People's Front of Nepal, was the front of the Communist Party of Nepal, or CPN(UC).