Also known as Tucca Terebentina, the diocese is an ancient episcopal see of the Roman province of Byzacena. In antiquity the bishopric was centered on [3] [4] Dougga. [5]

The diocese was founded during the Roman Empire and survived through the Arian Vandal and Orthodox Byzantine empires, only ceasing to function with the Muslim conquest of the Maghreb. The bishopric was re-founded in name at least in the 20th century and it remains today a Roman Catholic Church titular see. [6]

The Roman Empire was the post-Roman Republic period of the ancient Roman civilization. An Iron Age civilization, it had a government headed by emperors and large territorial holdings around the Mediterranean Sea in Europe, North Africa, and West Asia. From the constitutional reforms of Augustus to the military anarchy of the third century, the Empire was a principate ruled from the city of Rome. The Roman Empire was then divided between a Western Roman Empire, based in Milan and later Ravenna, and an Eastern Roman Empire, based in Nicomedia and later Constantinople, and it was ruled by multiple emperors.

Arianism is a nontrinitarian Christological doctrine which asserts the belief that Jesus Christ is the Son of God who was begotten by God the Father at a point in time, a creature distinct from the Father and is therefore subordinate to him, but the Son is also God. Arian teachings were first attributed to Arius, a Christian presbyter in Alexandria of Egypt. The teachings of Arius and his supporters were opposed to the theological views held by Homoousian Christians, regarding the nature of the Trinity and the nature of Christ. The Arian concept of Christ is based on the belief that the Son of God did not always exist but was begotten within time by God the Father.

The Eastern Orthodox Church, officially the Orthodox Catholic Church, is the second-largest Christian church, with approximately 200–260 million members. As one of the oldest religious institutions in the world, the Eastern Orthodox Church has played a prominent role in the history and culture of Eastern and Southeastern Europe, the Caucasus, and the Near East. It operates as a communion of autocephalous churches, each governed by its bishops in local synods. The church has no central doctrinal or governmental authority analogous to the Pope of Rome, but the Ecumenical Patriarch of Constantinople is recognised by all as primus inter pares of the bishops.

Very little is known of the history of the Bishopric. The donatist bishop Pascasio, who was present at the Carthage conference of 411 may have belonged to this town but it is uncertain.

Today Thucca Terebentina survives as a titular bishop's seat having been re-founded in the 1930s and the current titular bishop is Gerardo Antonio Zerdín Bukovec, apostolic vicar of San Ramón. Modern bishops have included:

Bishop Pío Bello Ricardo was Titular Bishop of Thucca terebenthina and Bishop of Roman Catholic Diocese of Los Teques from 1981 to 1995. 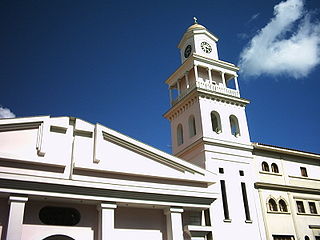 Amourah is a town and Latin Catholic titular bishopric in Algeria. 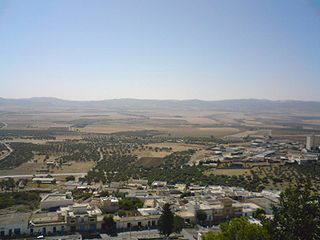 Beniane is a town and commune in Mascara Province, Algeria at the site of ancient Ala Miliaria, a former bishopric which earns a Latin Catholic titular see. 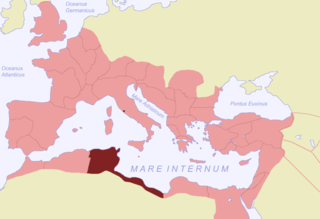 Henchir-Mencoub was an ancient Roman–Berber civitas in Tunisia. It has been tentatively identified with Medeli, a Roman era town in the province of Africa Proconsularis.

Douela or Douala is a village and locality in Tunisia, situated on the Mediterranean coast at latitude 36.8167°, longitude 10.5667° and near Sīdī `Ammār, Korbous, and El Bredj.

Aïn Tebernoc is a former Catholic diocese and archaeological site in Tunisia.

Henchir-Mâtria is an archaeological and prehistoric site in northern Tunisia. Henchir-Mâtria is at 36°31′23.4″N9°13′11.1″E, between Béja and Dougga and elevation of 407 metres. It is on the Oued el Beida River.

Ksour-El-Khaoua is a locality in southern Tunisia, North Africa. During the Roman Empire the town was a civitas (town) in the Roman province of Byzacena. and the seat of an ancient Christian bishopric.

The Diocese of Cusira is a home suppressed and titular see of the Roman Catholic Church. 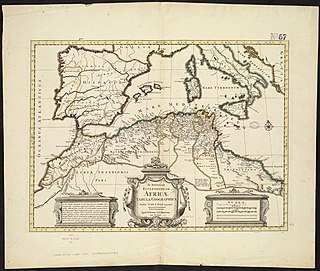 The Diocese of Dices, is a titular see of the Roman Catholic Church. The location of the seat of the diocese is unknown for certain, but is perhaps identifiable with Henchir-Sidi-Salah, Tunisia. Henchir Sidi Salah was an ancient diocese in the Roman-Berber province of Byzacena.

Selendeta was an ancient civitas of the Roman Province of Byzacena during the Roman Empire and late antiquity. The exact location of the town is unknown but it was somewhere in southern Tunisia. 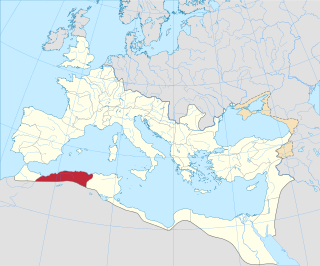 Tamada was an ancient Roman–Berber civitas in the province of Mauretania Caesariensis. The town lasted through the Byzantine Empire, Vandal Kingdom and Roman Empire into late antiquity, until at least the Muslim conquest of the Maghreb in the 7th century.

The diocese of Tetci is a suppressed and titular see of the Roman Catholic Church. An exact location of the town is now lost to history but it was in today's Tunisia.

The Diocese of Sassura is a suppressed and titular see of the Roman Catholic Church. The Roman Town of Sassura, identifiable with Henchir-Ez-Zaouadi in today's Tunisia, is the ancient episcopal seat of the diocese which was in the Roman province of Byzacena.

Thucca Terebenthina is a titular see of the Roman Catholic Church, in Tunisia.

The Diocese of Cephas is a suppressed seat in the Catholic Church. The official title is Titular Episcopal See of Cephas.

The Diocese of Vittoriana is a suppressed and titular see of the Roman Catholic Church.