Donnie Harrison was the sheriff of Wake County, North Carolina, having served in that role from 2002 to 2018. Prior to taking the position, he was for 26 years a law enforcement officer in Wake County with the North Carolina Highway Patrol. From 1988 to 1992, he was also the Chief of Security for Lieutenant Governor James Carson Gardner. [1] [2]

Harrison's first campaign for Wake County sheriff in 1998 against long-time incumbent John Baker was unsuccessful. Baker, nicknamed "Big John," was an iconic Raleigh political figure and former defensive lineman in the NFL. Baker was first elected sheriff in 1978, becoming the first Black sheriff in North Carolina since the Reconstruction era. Harrison sought a rematch in 2002 and won.

The two men faced off again for a third time in 2006 which resulted in Harrison winning convincingly, but not without controversy. His 2006 re-election was mired in controversy as it was released that Donnie Harrison had committed adultery with a Garner optometrist's wife while he was still married. Harrison's campaign adviser stated, "There's no denying there was an affair, but the marriage was doomed before the affair happened. Then suddenly, six days before the election, this appears? That says there's got to be a lot of political motivation behind this." [3] [4] Adultery remains a misdemeanor level crime in North Carolina. [5]

In 2008, Harrison helped dedicate the Wake County Public Safety Center in honor of Baker who had died in 2007. [6]

Harrison was deseated by Gerald Mauroka Baker on 6 November 2018 in United States elections, 2018 when he attempted a re-election for the fifth time. [7]

Harrison is a self-described conservative Republican. He has weighed in on multiple elections during his tenure as Sheriff, including an endorsement of Pat McCrory's 2008 gubernatorial campaign, and Senator Richard Burr in 2010. In November 2011, Harrison publicly endorsed Wake County Commissioner Tony Gurley for Lieutenant Governor of North Carolina, and former U.S. Attorney George Holding for United States Congress. [8] In his 2010 re-election campaign Harrison won the endorsement of the Muslim American Public Affairs Council.

Walter H. Dalton is an American attorney and politician who served as the 33rd Lieutenant Governor of North Carolina. A member of the Democratic Party, he served six terms in the state senate before his election to the office of lieutenant governor in 2008.

Patrick Lloyd McCrory is an American businessman, politician, and radio host who served as the 74th Governor of North Carolina from January 2013 to January 1, 2017. Previously, he was the 53rd Mayor of Charlotte from 1995 to 2009 and served on the United States Homeland Security Advisory Council from 2002 to 2006.

Linda Coleman is an American politician from the state of North Carolina. Coleman was elected to three terms as a Democratic state representative in the North Carolina General Assembly before being appointed Director of the Office of State Personnel by the Governor in 2009.

John Haywood Baker Jr., nicknamed "Big John", was an American defensive lineman in the National Football League who played for four teams from 1958 to 1968.

June St. Clair Atkinson was elected North Carolina Superintendent of Public Instruction on November 3, 2004, in a race that was decided by the North Carolina General Assembly on August 23, 2005. She was re-elected in 2008 and 2012. 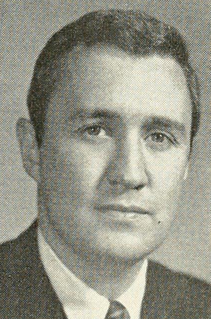 The North Carolina lieutenant gubernatorial election of 2012 was held on November 6, 2012, concurrently with the other elections to the Council of State and the gubernatorial election. Primary elections were held May 8. The offices of Governor and Lieutenant Governor are elected independently. The incumbent, Lt. Gov. Walter H. Dalton, announced on Jan. 26, 2012 that he would run for Governor.

Tony Gurley is an American businessman and political figure from North Carolina, currently serving as chief operating officer for the Office of State Budget and Management. He served on the Wake County Board of Commissioners from his election in 2002 until he resigned in 2014 to take the state position. Gurley served as Vice-Chairman of the board of commissioners in 2005 and as Chairman in 2006-2007, and 2010.

The 2020 North Carolina gubernatorial election will be held on November 3, 2020, to elect the Governor of North Carolina, concurrently with the 2020 U.S. presidential election, as well as elections to the United States Senate and elections to the United States House of Representatives and various state and local elections. Incumbent Democratic Governor Roy Cooper is eligible to run for re-election to a second term in office, and announced his intention to do so on December 5, 2019.