Edmund Gonville (died 1351) founded Gonville Hall in 1348, which later was re-founded by John Caius to become Gonville and Caius College. Gonville Hall was his third foundation. Before this he had founded two religious houses, a College at Rushford, Norfolk, 1342 (suppressed in 1541) and the Hospital of St John at Lynn, Norfolk. [1] The origin of his wealth is obscure. 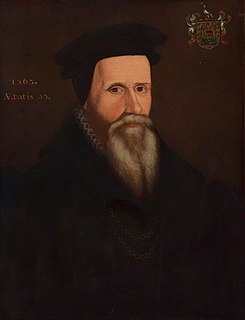 John Caius, also known as Johannes Caius and Ioannes Caius, was an English physician, and second founder of the present Gonville and Caius College, Cambridge.

His father was William Gonville, a Frenchman domiciled in England, who owned the Manor of Lerling and other property in Norfolk. William's eldest son was Sir Nicholas Gonville who married an heiress of the Lerling family. [2]

Gonville worked for King Edward III of England, including lending him money. In return he was rewarded with appointment as King's clerk (a title later known as Secretary of State). [3] After Gonville, supported by Sir Walter Manny, petitioned Edward III for permission to set up a college for 20 scholars at the University of Cambridge, permission was granted and Edward III issued Letters patent in January 1348. [3] 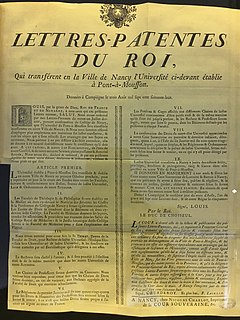 Letters patent are a type of legal instrument in the form of a published written order issued by a monarch, president, or other head of state, generally granting an office, right, monopoly, title, or status to a person or corporation. Letters patent can be used for the creation of corporations or government offices, or for the granting of city status or a coat of arms. Letters patent are issued for the appointment of representatives of the Crown, such as governors and governors-general of Commonwealth realms, as well as appointing a Royal Commission. In the United Kingdom they are also issued for the creation of peers of the realm. A particular form of letters patent has evolved into the modern patent granting exclusive rights in an invention. In this case it is essential that the written grant should be in the form of a public document so other inventors can consult it to avoid infringement and also to understand how to "practice" the invention, i.e., put it into practical use. In the Holy Roman Empire, Austrian Empire and Austria-Hungary, imperial patent was also the highest form of generally binding legal regulations, e. g. Patent of Toleration, Serfdom Patent etc.

This is a list of the colleges within the University of Cambridge. These colleges provide most of the accommodation for undergraduates and graduates at the University and at the undergraduate level they have responsibility for admitting students to the University and organising their tuition. They also provide funding, accommodation, or both, for some of the senior research posts in the University. They are self-governed charities in their own right, with their own endowments and possessions. Until the mid-19th century, both Cambridge and Oxford comprised a group of colleges with a small central university administration, rather than universities in the common sense. 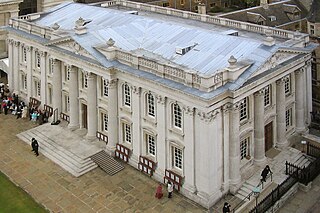 The Senate House of the University of Cambridge is now used mainly for degree ceremonies. It was formerly also used for meetings of the Council of the Senate. 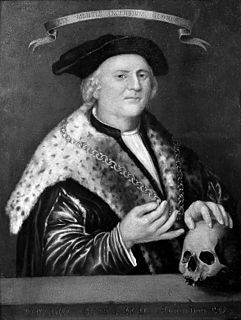 Sir William Butts was a member of King Henry VIII of England's court and served as the King's physician.

Pattesley is a very small village in the English county of Norfolk. It is located about one mile south of the village of Oxwick and consists of a few scattered houses. The population is included in the civil parish of Colkirk.

The Reverend William Lubbock MA BD (Cantab) was an English divine, Fellow of Caius College, Cambridge, and Church of England clergyman. He founded the famous English family of Lubbock.

William Bateman was a medieval Bishop of Norwich. 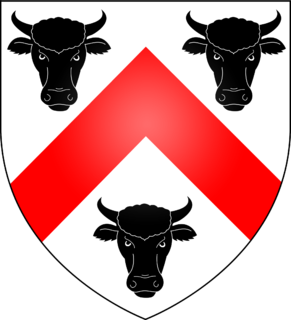 Sir Geoffrey or Jeffery Boleyn (1406–1463) was a London merchant and Lord Mayor of London. 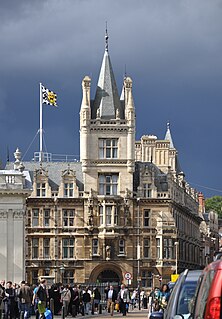 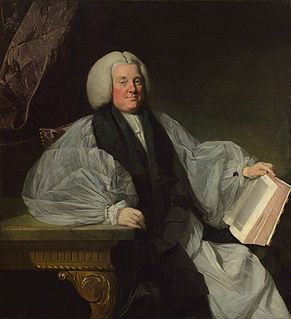 Edmund Keene was an English churchman and academic, Master of Peterhouse, Cambridge, Bishop of Chester and Bishop of Ely.

Thomas Bacon was the fifteenth master of Gonville Hall, Cambridge from 1552.

Physwick or FishwickHostel is a former constituent of The University of Cambridge located on the south side of the present Trinity Great Court, between the Queen’s Gate and Trinity Street. It was founded in 1393 when William Fiswick, the first esquire or armiger bedel of the university, bequeathed his Trinity Lane hall to Gonville Hall.

Spixworth Hall was an Elizabethan stately home situated in the civil parish of Spixworth, Norfolk, located just north of the city of Norwich on the Buxton Road, until it was demolished in 1952.

Gonville may refer to: 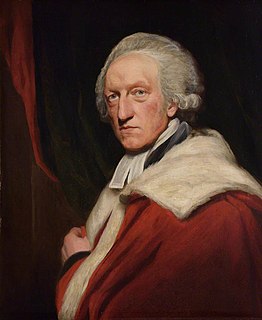 Richard Fisher BelwardD.D. FRS was an academic in England in the second half of the 18th century and the early years of the 19th. He was born Richard Fisher, adopting the name Belward in 1791.