Eleni is the 1985 film adaptation of the memoir Eleni by Greek-American journalist Nicholas Gage. Directed by Peter Yates with a screenplay by Steve Tesich, the film stars John Malkovich, Kate Nelligan, Linda Hunt and Glenne Headly.

The film is told in a flashback format with Gage, now living in the United States, returning to his native Greece to solve the mystery of his mother's death when he was a child. The film looks back to the effect of the 1940s Greek Civil War on the remote Greek village of his upbringing in the northwestern Greek region of Epirus; and he investigates what happened to his mother after Communist guerrillas of the Democratic Army of Greece (ΔΣΕ) invade the village of Lia.

John Gavin Malkovich is an American actor, director, producer and fashion designer. He received Academy Award nominations for his performances in Places in the Heart (1984) and In the Line of Fire (1993). 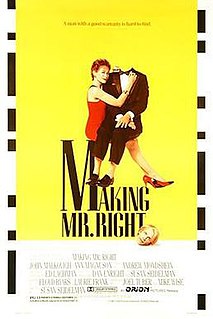 Shadows and Fog is a 1991 American black-and-white comedy film directed by Woody Allen and based on his one-act play Death. It stars Allen, Mia Farrow, John Malkovich, John Cusack, Madonna, and Kenneth Mars. It was filmed on a 26,000-square-foot (2,400 m2) set at Kaufman Astoria Studios, which was the biggest set ever built in New York. It was also Allen's last film for Orion Pictures.

Julian Richard Morley Sands is an English actor known for his roles in films such as The Killing Fields, A Room with a View, Warlock, Arachnophobia, Boxing Helena and Vatel. On television, he is known for playing Vladimir Bierko in 24, Jor-El in Smallville, and as Yulish Rabitov in Banshee. 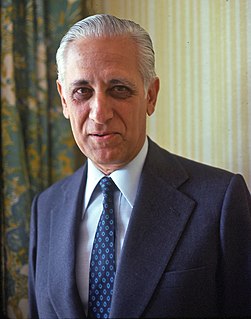 Georgios Mylonas was a Greek Center Union politician and government minister. He was a close aide to Greek statesman and premier George Papandreou, and was repeatedly elected deputy for the Ioannina seat with the Center Union. Mylonas had served as an undersecretary to the premier's office and education undersecretary from 1963 to 1965. He assumed the transport ministry in the first post-junta government in 1974 and was Minister for Culture from 1989 to 1990. Mylonas was the author of the book Escape From Amorgos, detailing his escape from the island, where he was exiled during the 1967-74 military dictatorship. The escape was organized by his then, son in law Elias B.M. Kulukundris and his daughter Eleni Mylonas with the help of Maria Becket.

Nicholas Gage is a Greek-born American author and investigative journalist.

Eye of the Needle is a 1981 British spy film directed by Richard Marquand and starring Donald Sutherland and Kate Nelligan. Written by Stanley Mann, it is based on the 1978 novel of the same title by Ken Follett.

Eleni is a transliteration of the Greek name Ελένη, also written as Helen, Helene:

The Red Lanterns is a 1963 Greek drama film directed by Vasilis Georgiadis and based on a play by Alekos Galanos. It was nominated for the Academy Award for Best Foreign Language Film. It was also entered into the 1964 Cannes Film Festival. 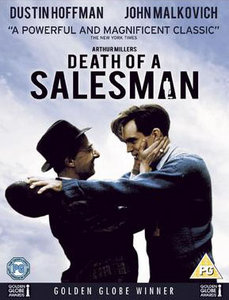 Death of a Salesman is a 1985 American made-for-television film adaptation of the 1949 play of the same name by Arthur Miller, directed by Volker Schlöndorff, starring Dustin Hoffman, Kate Reid, John Malkovich, Stephen Lang and Charles Durning. The film follows the script of the 1949 play with only minor differences and originally premiered on CBS on September 15, 1985. The film earned 10 Emmy nominations at the 38th Primetime Emmy Awards ceremony and four Golden Globe nominations at the 43rd Golden Globe Awards ceremony, winning three and one, respectively.

Stars and Bars is a 1988 American comedy film directed by Pat O'Connor and starring Daniel Day-Lewis. It is based on William Boyd's 1984 book of the same name.

A Mother's Prayer is a 1995 film made for the USA Network starring Linda Hamilton, in a Golden Globe-nominated performance, as a woman who learns she has contracted the AIDS virus and must make plans for the care of her only son. The film, which counts Kate Nelligan, S. Epatha Merkerson and Bruce Dern in its supporting cast, premiered on August 2, 1995. It was eventually expanded, given a PG-13 rating and released on VHS via MCA/Universal Home Entertainment in 1996. 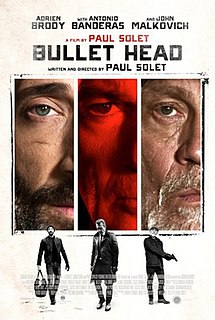