Elizabeth Bennett is a British actress and TV producer.

Bennett has appeared in several British TV series, including The Sandbaggers , The Bill , The Lakes , Diana , Chef! , Dangerfield , The Duchess of Duke Street , Bergerac (Series 2 Episode 9 (The Moonlight Girls) 1983), Down to Earth, The Last Detective and Heartbeat . She is best known for her long recurring role as Joyce Jowett in the long running ITV show Heartbeat . She also played "Enid Thompson" in the British situation comedy Home to Roost and played "Enid Tompkins" in the US remake of the show You Again? . She also appeared in Margaret (2009). She also appeared as the receptionist in the hospital waiting room in Mr. Bean.

She plays the small but important role of Miss Pennywinkle in the French language films Largo Winch and its sequel Largo Winch II , both based on the Belgian comic book series.

Dame Katherine Patricia Routledge, is an English actress, comedian, broadcaster and singer with one of the longest careers of an entertainer, spanning nearly 70 years. For her role as Hyacinth Bucket in the BBC sitcom Keeping Up Appearances (1990–1995), she was nominated for the BAFTA TV Award for Best Light Entertainment Performance in 1992 and 1993. Her film appearances include To Sir, with Love (1967) and Don't Raise the Bridge, Lower the River (1968). In 2017, Routledge was made a Dame by Queen Elizabeth II for her services to entertainment and charity.

Kate Elizabeth Robbins is an English actress, comedian, singer and songwriter. She came to prominence in the early 1980s when she scored a No. 2 hit on the UK Charts with the song "More Than in Love", while she was appearing in the television soap opera Crossroads. She went on to become a prolific voice actress, most notably for nine years with the satirical show Spitting Image. 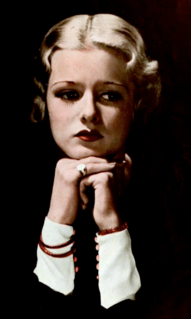 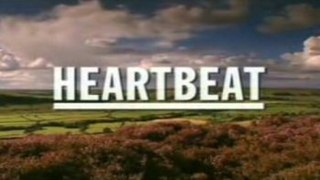 Heartbeat is a British police drama series, based upon the "Constable" series of novels written by Nicholas Rhea, and produced by ITV Studios from 1992 until 2010. The series is set during the 1960s around real-life and fictional locations within the district of the North Riding of Yorkshire, with most episodes focused on stories that usually are separate but sometimes intersect with one another; in some episodes, a singular story takes place focused on a major incident.

Sydney Margaret Penny is an American actress. She is known for playing the roles of Julia Santos Keefer on the soap opera All My Children, and Samantha "Sam" Kelly on the CBS soap opera The Bold and the Beautiful. She also starred in the 1998 WB television drama series Hyperion Bay. As a teenager she appeared in the 1985 Clint Eastwood film Pale Rider, and at age 10, she played the young Meggie in the popular TV mini-series The Thorn Birds. 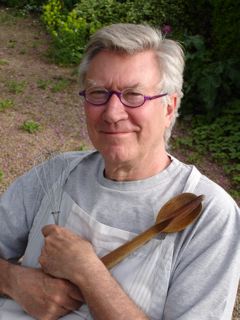 Anthony Robin Ellis is a British actor best known for his role as Captain Ross Poldark in 29 episodes of the BBC classic series Poldark, adapted from a series of books by the British author Winston Graham. He also appeared in Fawlty Towers, Cluedo, The Good Soldier, Elizabeth R, The Moonstone, Bel Ami, Sense and Sensibility, The Casebook of Sherlock Holmes, She Loves Me and Blue Remembered Hills. In 2015–17 and 2019 he appeared in Poldark as Reverend Halse.

Sylvia May Laura Syms, is an English actress, best known for her roles in the films Woman in a Dressing Gown (1957), Ice Cold in Alex (1958), No Trees in the Street (1959), Victim (1961), and The Tamarind Seed (1974). In 2006 she portrayed the role of The Queen Mother in the Stephen Frears movie The Queen, about the death of Diana, Princess of Wales, and the few days after that, leading up to the funeral. She remains active in films, television and theatre.

Sarah Jane Thomas is a British actress, born in London, best known for her television appearances as Enid Simmons in Worzel Gummidge (1980), and as Glenda Wilkinson in Last of the Summer Wine (1985–2010).

Josephine Ann Tewson is a British stage and television character actress. She is best known for her roles in popular and long-running British television sitcoms, such as Edna Hawkins aka "Mrs H" in Shelley; Elizabeth "Liz" Warden, one of the long-suffering neighbours of Hyacinth Bucket in Keeping Up Appearances (1990–95); and Miss Davenport in Last of the Summer Wine (2003–10).

Home to Roost is a British sitcom produced by Yorkshire Television between 19 April 1985 and 19 January 1990. Written by Eric Chappell, it stars John Thaw as Henry Willows and Reece Dinsdale as his teenaged son Matthew. 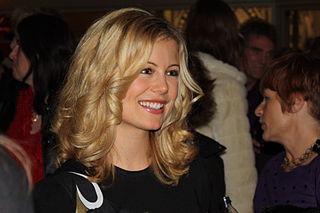 Gwen Taylor is an English actress who has appeared in many British television programmes. She is known for her roles as Amy Pearce in the sitcom Duty Free (1984–1986); Barbara Liversidge in the sitcom Barbara (1999–2003); Peggy Armstrong in the drama series Heartbeat (2005–2009), and Anne Foster in the soap opera Coronation Street (2011–2012). She was nominated for the 1990 BAFTA TV Award for Best Actress for her role as Rita Simcock in the comedy series A Bit of a Do (1989). Her film appearances include Monty Python's Life of Brian (1979) and The Lady in the Van (2015).

Tracey Bennett is an English stage and television actress. She trained at the Italia Conti Academy of Theatre Arts in Clapham, London. She played the role of Sharon Gaskell in Coronation Street from 1982–1984 and then returning to the role in 1999.

Veronica Roberts is a British actress, best known for playing Dorothy Bennett in the BBC drama Tenko and Laura Elliott in the ITV series Peak Practice. In 1975 she also had a regular role playing Deborah Wilson in the Granada series Sam Play Miss Robinson in the "Mr Ellis versus the people" in the Granada TV series Village Hall 1974.

Patricia "Tricia" Penrose is an English actress and singer. She is best known for her role as Gina Ward in ITV1's long-running 1960s drama Heartbeat, a role she played continuously for 17 years from 1993 to 2010. She has also appeared on The Royal, Coronation Street, Emmerdale, Boon, Justice, Fort Boyard, The Bill and Dancin' Thru the Dark.

You Again? is an American sitcom television series that aired for two seasons on NBC from February 27, 1986 to January 7, 1987. It was based on the British show Home to Roost.

Georgie Glen is a British actress, known for her film and television work in both dramatic and comedic roles. Among her most popular performances are the running characters of Mrs. Higgins in the BBC One period drama series, Call The Midwife, from 2018 onwards, and of History teacher, Audrey McFall in the BBC One school-based drama series, Waterloo Road, from 2012 to 2015.

Paolo Seganti, is an Italian actor and model, known for playing Damian Grimaldi in the CBS television soap opera As the World Turns.