Elliot Mason (born 13 January 1977) [1] is an English jazz trombonist. He also plays the keyboard and the bass trumpet. He has been praised by such musicians as Michael Brecker for his technical facility and innovative harmonically complex improvisation. [2]

Born in Norwich, England, Elliot was a young talent, playing in clubs as early as age eleven. He rapidly made a name for himself in the local jazz scene. At age fourteen, he won the national Daily Telegraph Young Jazz Soloist Award and was featured at John Dankworth's Wavendon Jazz School. The following year, Elliot and his brother Brad (trumpet), won the national Daily Telegraph competition for a second time. Mason left England at age sixteen to study at the Berklee College of Music. [1]

In 2007, Mason joined the Jazz at Lincoln Center Orchestra. Meanwhile, Mason also plays in the Mason Brothers Band alongside his brother, Brad. [3] Mason was a featured soloist during the JLCO 2009 premiere tour, which originally aired on PBS. [4]

In 2008, [5] Mason was asked to join the music faculty at Northwestern University.

Elliot has received numerous accolades, including the Frank Rosolino Award and Slide Hampton Award (Berklee College of Music). He also won the International Trombone Workshop's "Under 29" Jazz Trombone competition in 1995. 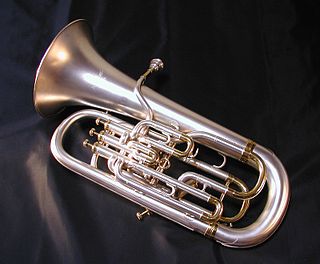 Oscar Emmanuel Peterson, was a Canadian jazz pianist, virtuoso and composer. He was called the "Maharaja of the keyboard" by Duke Ellington, simply "O.P." by his friends, and informally in the jazz community as "the King of inside swing". He released over 200 recordings, won eight Grammy Awards, and received numerous other awards and honours. He is considered one of the greatest jazz pianists, and played thousands of concerts worldwide in a career lasting more than 60 years.

Aubrey Suwito is a Malaysian pianist, keyboardist, songwriter, arranger and producer. Aubrey Suwito started his musical journey at the age of 6 and has since written songs for various artists, most notably Gemilang for Jaclyn Victor which won multiple awards including the Asian Music Festival and Anugerah Juara Lagu. He was the musical director on Malaysian Idol. Aubrey also worked as musical director for the hit reality television talent search competition One in a Million. He is also the older brother of singer/songwriter Juwita Suwito. And he is a composer of Akademi Fantasia and Akademi Fantasi Indosiar theme song, namely Menuju Puncak.

Jeff Tyzik is an American conductor, arranger, and trumpeter. He has recorded jazz albums as a soloist and arranged pop and jazz music for orchestras.

David William Sanford is an American composer who is also a jazz bandleader.

The University of North Florida School of Music is the music department of the University of North Florida, and one of the institution's flagship programs. Part of UNF's College of Arts and Sciences, it offers seven programs of study, the most noted of which is the jazz studies program, founded by the jazz euphonium player Rich Matteson in 1987. The department boasts several award-winning ensembles, including the Jazz Ensemble 1, which has performed at jazz festivals across the United States and internationally and has won several awards and been recognized in Down Beat Magazine, Cadence, and the Jazz Times.

Gabriel Rosati is an Italian-born musician.

Harvey Jay Mason Jr. is an American record producer, songwriter and movie producer. He has written and produced songs for artists including Aretha Franklin, Michael Jackson, Justin Timberlake, Britney Spears, Chris Brown and Taemin. In addition, he has produced music for television and films, including Dreamgirls, Sparkle, Pitch Perfect, Sing, Straight Outta Compton, and The Wiz Live!. He was elected as chairman of The Recording Academy in June 2019, and became its interim President and Chief Executive Officer on January 16, 2020.

Joseph W. Hermann is a leading American wind band conductor and educator and is currently Director of Bands and Professor of Music at Tennessee Technological University in Cookeville, Tennessee. He is also the current President of the American Bandmasters Association.

Matt Von Roderick is an American trumpeter, rapper, singer and recording artist. In 2003, he was named Jazz Artist of the Year by the Independent Music Awards.

David Schumacher is an American film and television director/producer and musician. He won a 2011 Emmy Award for creating and producing the television series NYCMusicShow and a 1998 Bay Area Music Award for Best Jazz Artist with his band Junk. 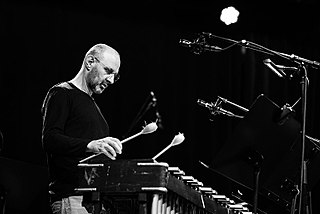 Jorge "Jordi" Rossy is a jazz drummer, pianist and vibraphonist.

Brad Turner is a Canadian jazz trumpeter and pianist. He has won three Juno Awards and six Canadian National Jazz Awards for categories including Jazz Trumpeter of the Year, Jazz Composer of the Year, and Musician of the Year.

Daniel James Platzman is an American musician, songwriter, record producer and composer. He is the drummer for the pop rock band Imagine Dragons. 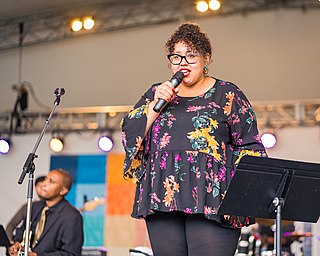 Brianna Thomas is an American jazz singer, vocalist, composer, songwriter, band leader, and percussionist. She was born and raised in Peoria, Illinois, United States. She made her singing debut at the age of six. She is the daughter of drummer and vocalist Charlie Thomas. She is known as being one of the best young straight ahead young jazz singers, says music critic and author Will Friedwald. She is known to bring together various forms of American music from bluegrass to jazz in to an original hybrid of jazz/funk/rock and soul. Her voice is said to be strong and her range huge. She incorporates rare music in her repertoire of early female blues and jazz pioneers such as Bessie Smith, Victoria Spivey, Ma Rainey, Ethel Waters, Mamie Smith, and Ida Cox. All About Jazz said of her 2015 debut album, You Must Believe in Love, “Brianna Thomas is the complete package. Through this music she exhibits emotional depth, to-die-for scat skills, incredible pitch control and shading, strong songwriting skills, intuitively elastic phrasing, soulful bearing, and a great range.”