Fabiana Gisela Vallejos (born July 30, 1985) is an Argentine footballer who plays for Boca Juniors as a midfielder. [1]

Vallejos became a member of the Argentine national team during a historic period for the team: She helped the team qualify for the 2003 FIFA Women's World Cup in the United States. It was the first time that Argentina reached the World Cup on the women's side.

She also participated at the 2003 Dominican Republic Pan American Games, the 2003 and the 2006 Sudamericano Femenino. She won the 2006 title with the Argentine team, defeating continental rivals Brazil for the first time ever.

Vallejos also played all three of Argentina's matches at the 2007 FIFA Women's World Cup in China. 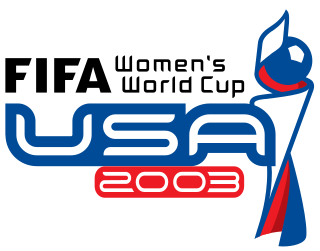 The 2003 FIFA Women's World Cup was the fourth edition of the FIFA Women's World Cup, the quadrennial championship of women's association football teams organized by FIFA. It was held in the United States from 20 September to 12 October 2003 at six venues in six cities across the country. The tournament was won by Germany, who became the first country to win both men's and women's World Cup.

Kristine Marie Lilly Heavey, née Kristine Marie Lilly, is a retired American soccer player who last played professionally for Boston Breakers in Women's Professional Soccer (WPS). She was a member of the United States women's national football team for 23 years and is the most capped football player in the history of the sport gaining her 354th and final cap against Mexico in a World Cup qualifier in November 2010. Lilly scored 130 goals for the United States women's national team, behind Mia Hamm's 158 goals, and Abby Wambach's 184. 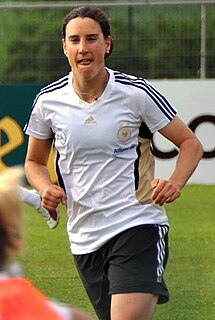 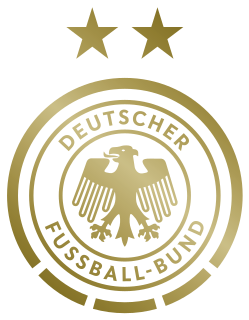 Kara Elise Lang is a Canadian soccer player and sports analyst, who represented her country in two FIFA World Cups and the Olympic Games, and played club soccer for Vancouver Whitecaps Women. She is the youngest woman to be named to Canada National Women's Team, making her National Team debut on 1 March 2002 at the Algarve Cup in Portugal at age 15. Lang retired on 5 January 2011 at the age of 24 due to recurring knee and ACL injuries. Lang began a comeback in 2013, with her ambition being to help Canada in the 2015 FIFA Women's World Cup, but suffered a third ACL injury in February 2014, effectively ending her comeback. She now has two sons with professional baseball player Ricky Romero. She was inducted into the Canadian Soccer Hall of Fame as a player in November 2015.

The 2006 South American Women's Football Championship was the fifth staging of the South American Women's Football Championship and determined the CONMEBOL's qualifiers for the 2007 FIFA Women's World Cup and the 2008 Olympic Games football tournament. The tournament was held between November 10 and November 26 in the Argentine city of Mar del Plata.

Aline Pellegrino, commonly known as Aline, is a Brazilian former footballer who played as a defender for Russian club WFC Rossiyanka and several clubs in her native Brazil. She was a member of the Brazil national team that won the silver medal at the 2004 Summer Olympics and competed at the 2007 FIFA Women's World Cup. She was made captain of the national team in 2006. 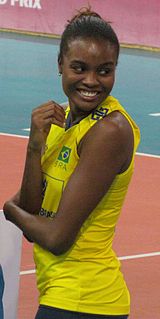 Fabiana Marcelino Claudino is a Brazilian volleyball player who made her debut for the Brazilian national team against Croatia. She captained Brazil to the gold medal at the 2012 Olympics.

Fabiana da Silva Simões, known as Fabiana or Fabiana Baiana, is a Brazilian football defender who last played for F.C. Barcelona in the Primera División, and for the Brazil national team. In 2009 and 2010 she played professional club football in the United States with Boston Breakers of Women's Professional Soccer (WPS). As well as teams in her native Brazil, Fabiana has played for Sporting de Huelva of Spain's Primera División and WFC Rossiyanka of the Russian Top Division. 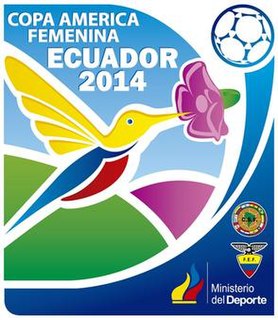 María Belén Potassa, known as Belén Potassa, is an Argentine footballer who plays as a forward for Spanish Segunda División Pro club Fundación Albacete and the Argentina women's national team.

Fabiana Comin is an Italian football coach and former footballer who played as a goalkeeper for the Italy women's national football team. She was part of the team at the 1999 FIFA Women's World Cup and UEFA Women's Euro 2001.

Fabiana Correra is an Italian footballer who played as a midfielder for the Italy women's national football team. She was part of the team at the inaugural 1991 FIFA Women's World Cup. On club level she played for Turris in Italy.

José Carlos Borrello is an Argentine football manager who is currently the head coach and technical director of the Argentina women's national team. During his tenure as the manager from 1998 to 2012 and since 2017, he has helped women's teams qualify to all three of their Women's World Cups, all three of their Under-20 World Cups and their only Olympic tournament.