Fashion is a Canadian fashion magazine published by St. Joseph Media. Established in 1977, it is currently based in Toronto (with satellite offices in Vancouver, Calgary and Montreal), publishes 10 issues a year and has a total readership of 1.85 million (PMB Oct 2010).

The magazine's first editor-in-chief was John MacKay, who had previously been responsible for Toronto Life's men's fashion supplements. [3]

The current editor-in-chief is Bernadette Morra. Previous to joining Fashion, Morra spent 23 years at the Toronto Star , first as fashion writer, then (since 1993) as fashion editor. She left the Star in 2008 to be a freelance writer and launch a website for jewellery lovers. Bernadette has reported from the runways of Milan, London, Paris and New York, and interviewed many top fashion designers, models and celebrities including Karl Lagerfeld, Marc Jacobs, Nicolas Ghesquière, Victoria Beckham and Linda Evangelista.

In 2009, FASHION launched its men's magazine Men's FASHION as a bi-annual special interest publication. In 2012, they added a Holiday issue, in addition to the Spring/Summer and Fall/Winter editions. The current editor-in-chief is Canadian journalist David Livingstone.

In 2008, the brand made two significant efforts to expand their online presence. In March, FASHION announced a content partnership with MySpace Canada that included sharing behind-the-scenes news, videos and photo galleries. [5] In April, the magazine announced a national "Reporter Search" in an effort to find 10 new style bloggers from across Canada who could write about fashion trends in their home communities. The eventual winners of the contest were given a year-long blog on the FASHION website and were also awarded other prizes. [6]

In a 2008 interview, online editor Jennifer Campbell outlined the multi-pronged strategy that was bringing the site success, which included daily blogging, community outreach, slideshows, newsletters and social media networking. At the time, the site received 100,000 visitors/month, and the most popular site sections were FASHION Lovelies (a weekly street fashion snap) and FASHION Reporters (the aforementioned blogs from the cross-Canada Reporter Search contest). [7]

Video played a large role in Fashionmagazine.com's early online strategy. In October 2009, the site was recognized with the "Best Video" award at the first year of the Canadian Online Publishing Awards. [8] The site was a finalist for the same "Best Video" award in 2010, and won top prize in the "Cross-platform" category for an online men's style guide that contained online video. [9]

Randi Bergman is the current online editor. She replaced Campbell in December 2010 after the latter left for a role with rival Canadian fashion publication Flare . [10] Shortly thereafter, Paige Dzenis joined the team as associate online editor. [11]

In 2011, the site was a finalist for "Website of the Year" at both the Canadian National Magazine Awards [12] and the Canadian Online Publishing Awards. That same year, the website was extensively redesigned by Randi Bergman, Paige Dzenis, Laura Antonik, Gary Campbell and Michelle Darwin. Subsequently, the website won two silver awards at the 2012 Canadian National Magazine Awards—one for best digital design and one for best multimedia feature for the "At The Shows/Spring 2012" package.

In August 2012, it was announced that FASHION had the largest Twitter following of any magazine in Canada, with 352,079 followers. [13] This success was attributed to the brand being an early adopter of social media. [14]

In August 2013, the brand launched an online shopping extension called "FASHION Shopping" featuring 1,500 clothing and accessory items selected by the editors that can be purchased online. The eCommerce store works on both desktops and smartphones. [15]

In February 2020, the brand announces a shift towards #FashionForAll and celebrating inclusivity with a group of 7 cover stars who are advocates for inclusivity. [16]

Toronto Life is a monthly magazine about entertainment, politics and life in Toronto, Ontario, Canada. Toronto Life also publishes a number of annual special interest guides about the city, including Real Estate, Stylebook, Eating & Drinking, City Home and Neighbourhoods. Established in 1966, it has been owned by St. Joseph Communications since 2002. Toronto Life has a circulation of 87,929 and readership of 890,000. The magazine is a major winner of the Canadian National Magazine Awards, leading current publications with 110 gold awards including 3 awards for Magazine of the Year in 1985, 1989, and 2007. It is also known for publishing an annual 50 most influential people in Toronto list. 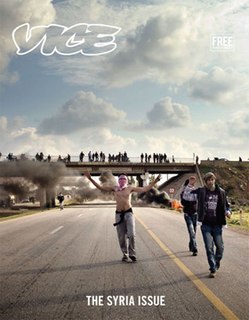 Vice is a Canadian-American print magazine focused on lifestyle, arts, culture, and news/politics. Founded in 1994 in Montreal as an alternative punk magazine, the founders later launched the youth media company Vice Media, which consists of divisions including the magazine as well as a website, broadcast news unit, a film production company, a record label, and a publishing imprint. As of February 2018, the magazine's editor-in-chief is Ellis Jones. 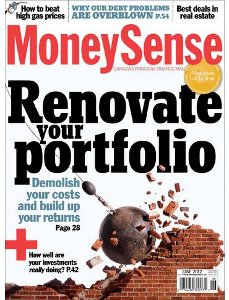 MoneySense is a Canadian online personal finance and lifestyle magazine published by Ratehub. 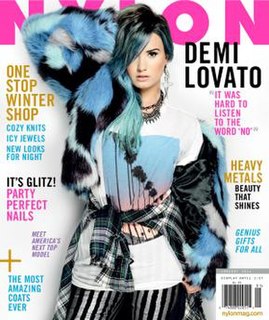 Nylon is an American multimedia brand, publishing company, and lifestyle magazine that focuses on pop culture and fashion. Its coverage includes art, beauty, music, design, celebrities, technology and travel. Its name references New York and London. It is owned by Bustle Digital Group. 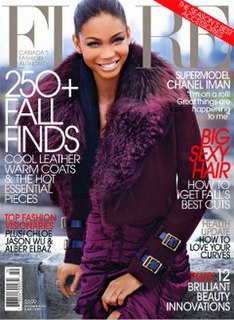 Complex is an American New York-based media platform for youth culture which was founded as a bi-monthly magazine by fashion designer Marc (Ecko) Milecofsky. Complex reports on trends in style, pop culture, music, sports and sneakers with a focus on streetwear, sneaker culture, hip hop, and graphic art. Complex reached over 90 million unique users per month in 2013, across its owned and operated and partner sites, socials and YouTube channels. The print magazine ceased publication with the December 2016/January 2017 issue. Complex currently has 4.55 million subscribers and 1.3 billion total views on YouTube.

The Daily Front Row is a fashion-industry publication, commonly known as The Daily. Brandusa Niro is the editor in chief. In 2011, Niro bought a controlling interest in the magazine, which was formerly owned by IMG. 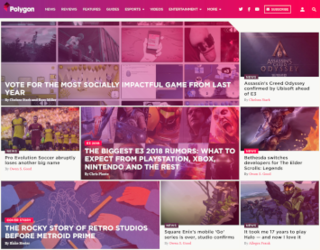 Polygon is an American video game website that publishes news, culture, reviews, and videos. At its October 2012 launch as Vox Media's third property, Polygon sought to distinguish itself from competitors by focusing on the stories of the people behind the games instead of the games themselves. It also produced long-form magazine-style feature articles, invested in video content, and chose to let their review scores be updated as the game changed.

Azure is a media brand covering architecture and design published in Toronto, Ontario, Canada. Azure is described as "an indispensable resource for architects, designers and the design-savvy public" on its website. It was founded in 1985 by Nelda Rodger and Sergio Sgaramella. In 2000, it won the Canadian National Magazine Awards' Magazine of the Year. In 2011, the magazine launched the AZ Awards. In February 2013, deputy editor Catherine Osborne was named the magazine's editor in chief, with founding editor Nelda Rodger remaining as editorial director for Azure Publishing.

Aggregation was a Canadian online magazine published between 2010 and 2012. Each issue collected together stories and trends from five contributors based on hyperlinks they'd discover on the web. It was one of the first Canadian publications designed exclusively for Apple's iPad.

Uproxx is an entertainment and popular culture news website. It was founded in 2008 by Jarret Myer and Brian Brater, and acquired by Woven Digital in 2014. The site's target audience is men aged 18–34. It was acquired by Warner Music Group in August 2018, but Myer and CEO Benjamin Blank will remain in control of the company's operations.

Sid Neigum is a Canadian fashion designer. He currently lives and works in Toronto, Ontario.