A field training exercise, generally shortened to the acronym "FTX", is a coordinated training exercise conducted by military units for training purposes. These are often military simulations conducted in open areas instead of training facilities or military academies, such as training fields, bombing ranges, and even closed-off, typically publicly-accessible areas.

The exercise is usually carefully planned out by field grade or general officers, usually without disclosing plans or other information to company-grade officers. This makes the situation more unpredictable and realistic since company-grade officers make the majority of quick and immediate decisions on the battlefield. Nearly every possibility is considered during planning, and often the scenarios can be more difficult or more far-fetched than actual battles, thus sharpening the skills of those participating to a level which will surpass that of the enemy. [1]

All branches of the United States Armed Forces implement field training exercises into their basic military training courses for enlistees and officers. In the Army and often in other branches, the last few days of basic training are used to conduct a field training exercise where recruits can practice the skills they have learned over the past several weeks of training. The purpose of this is to give soon-to-be soldiers a taste of battle before they leave basic training. This also allows instructors to look for mistakes and correct them before their recruits become active duty and potentially go to battle. 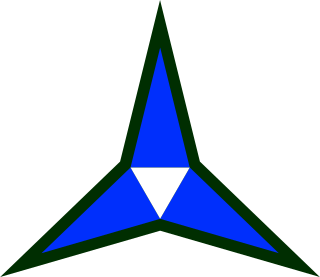 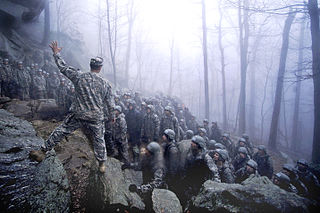 The United States Army Ranger School is a 62-day small unit tactics and leadership course that develops functional skills directly related to units whose mission is to engage the enemy in close combat and direct fire battles. 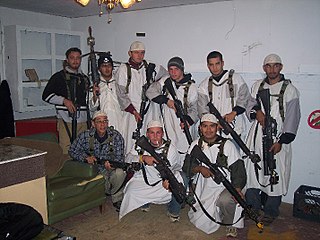 An opposing force is a military unit tasked with representing an enemy, usually for training purposes in war game scenarios. The related concept of aggressor squadron is used by some air forces. The United States maintains the Fort Irwin National Training Center with the 11th Armored Cavalry Regiment serving in the OPFOR role. Fort Polk's Joint Readiness Training Center (JRTC)is another major training site typically reserved for light infantry units, and the OPFOR are the 1st of the 509th Airborne Infantry Regiment. The Army's Joint Maneuver Readiness Center has the 1st of the 4th Infantry Regiment as their OPFOR. Other major units include the First United States Army which consists of 16 training brigades that often also serve as OPFOR.

Civil Affairs (CA) is a term used by both the United Nations and by military institutions, but for different purposes in each case.

The Pathfinder Platoon is a pathfinder unit of the British Army, and an integral part of 16 Air Assault Brigade. The Pathfinder Platoon acts as the brigade's advance force and reconnaissance force. Its role includes locating and marking drop zones and helicopter landing zones for air landing operations. Once the main force has landed, the platoon provides tactical intelligence and offensive action roles for the brigade. 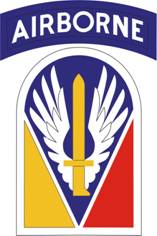 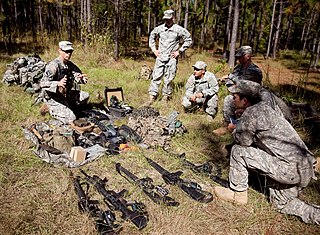 Exercise Bright Star is a series of combined and joint training exercises led by United States and Egyptian forces in Egypt held every two years. These exercises began in 1980, rooted in the 1977 Camp David Accords. After its signing, the Egyptian Armed Forces and the United States agreed to conduct training together in Egypt. 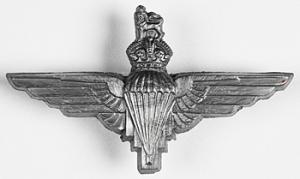 The 4th Battalion, Parachute Regiment, is an Army Reserve unit of the British Army and is based across the United Kingdom. Originally the Battalion covered the North of England, with its headquarters located in Pudsey, West Yorkshire. Following the Options for Change review in 1993, 4 PARA amalgamated with the 15th (Scottish) Battalion of the Parachute Regiment, which was downsized and became 15 (Scottish) Company of 4 PARA. As part of further changes in 1999, the Battalion also merged with the 10th (Volunteer) Battalion which then became 10 (London) Company. 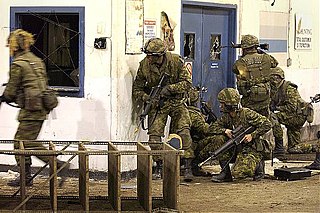 The Special Forces Group is the special forces unit in the Land Component of the Belgian Armed Forces. 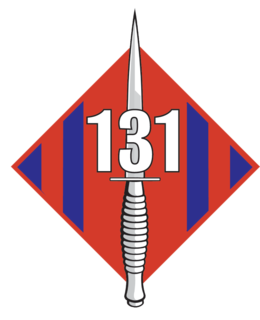 131 Commando Squadron Royal Engineers is an Army Reserve unit and part of 24 Commando Regiment Royal Engineers. It provides engineering support to 3 Commando Brigade Royal Marines and is the largest Army Reserve Commando unit. The squadron has deployed worldwide to provide combat engineer support to 3 Cdo Bde RM, often deploying in small sub-units. 131 was first raised in 1947 as an airborne engineer regiment, and reached a strength of over 1,000 trained parachute engineers by the early 1960s. Between 1 April 1978 and 1 October 2015, the unit was an independent Commando squadron under operational command of HQ 3 Cdo Bde RM. On 2 October 2015, it formally became the third squadron of 24 Commando Engineer Regiment. 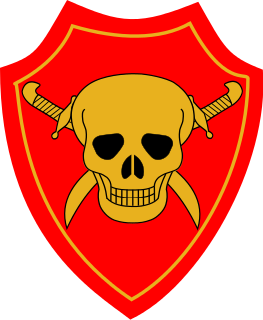 The Defense Companies were a paramilitary force in Syria that were commanded by Rifaat al-Assad. Their task was to defend the Assad government, and Damascus, from internal and external attack. In 1984 the 55,000 strong Defense Companies was broken up and merged into the Syrian Arab Army as the Republican Guard, and the 14th Special Forces Division, comprising 5 Special Forces regiments. The rump force then became the 569th Armored Division, which years later became the 4th Armoured division 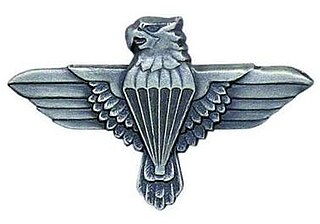 44 Parachute Brigade was a parachute infantry brigade of the South African Army. It was founded on 20 April 1978, by Colonel Jan Breytenbach, following the disbandment of 1 SA Corps and the battle of Cassinga. Upon formation, the brigade was commanded by Brigadier M. J. du Plessis, who was assigned the task of establishing by working with the Parachute Staff Officer, Colonel Jan Breytenbach. At the time du Plessis was the commanding officer of the Orange Free State Command and had previous experience serving in 1 Parachute Battalion. Breytenbach had also been a member of 1 Parachute Battalion and had also founded the South African Special Forces Brigade and 32 Battalion. The location that was chosen for the brigade's headquarters was in the lines of the OFS Cmd Headquarters, next to the old Tempe Airfield in Bloemfontein. 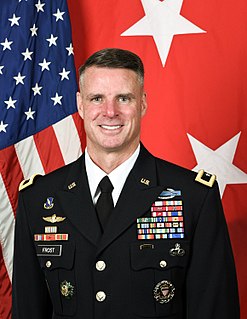 Malcolm Bradley Frost is a retired United States Army major general who last served as Commanding General, Center for Initial Military Training, United States Army, Training and Doctrine Command, Fort Eustis, VA. MG Frost most recently served as Chief of Public Affairs for the U.S. Army at the Pentagon in Washington, DC. Frost's previous assignment was Deputy Commanding General of the 82nd Airborne Division at Ft. Bragg, NC from March 2014 to March 2015. In March 2014, Frost completed his assignment as Deputy Director for Operations at the National Military Command Center, J3 the Joint Staff at the Pentagon. Prior to that, he completed an assignment as the Deputy Chief of Staff for Operations (G3/5/7) for the United States Army Pacific (USARPAC). and commanded the 2nd Stryker Brigade Combat Team, 25th Infantry Division.

Mission Command Training Program', based at Fort Leavenworth, Kansas, is the U.S. Army's only worldwide deployable Combat Training Center. MCTP provides full spectrum operations training support for senior commanders and their staffs so they can be successful in any mission in any operational environment. Its Senior Mentors counsel and offer their experience to Army senior commanders, subordinate commanders and staff. Additionally, MCTP's professional observer-trainers assist units with objective feedback and suggestions for improvement.

The People's Liberation Army Air Force Airborne Corps is an airborne corps under direct command of the People's Liberation Army Air Force (PLAAF). It was reorganized and renamed from the 15th Airborne Corps in May 2017 and now comprises six airborne brigades and a special operations brigade. The PLAAF Airborne Corps is China's primary strategic airborne unit and part of the newly formed rapid reaction units (RRUs) of the Chinese military which is primarily designated for airborne and special operation missions. Its role is similar to that of the U.S. Army's XVIII Airborne Corps/82nd Airborne Division/101st Airborne Division and Russian Airborne Forces.