Frank Robinson is a former American football player who played at the linebacker position for the Tulane Green Wave from 1977 to 1980. [1] Robinson then played ten seasons in the CFL (Canadian Football League) from 1981 to 1990 with the Saskatchewan Roughriders, Winnipeg Blue Bombers, Toronto Argonauts and the Hamilton Tigercats. Robinson was a CFL East All-Star at linebacker in 1987 and an CFL All-Star in 1989.

Byron Wesley Parker is a former gridiron football cornerback. He was signed by the Jacksonville Jaguars as an undrafted free agent in 2004. He played college football and college basketball at Tulane.

Anthony Devon Cannon is a former gridiron football linebacker. Cannon was most recently a member of the Toronto Argonauts of the Canadian Football League. He was drafted by the Detroit Lions in the seventh round of the 2006 NFL Draft. He played college football at Tulane 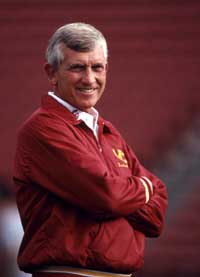 Sean Christopher Lucas is a retired Canadian football linebacker who played all six years of his career for the Saskatchewan Roughriders of the Canadian Football League. He was a part of Saskatchewan's Grey Cup win in 2007 and was named a CFL West All-Star in 2009. Lucas was widely regarded as the Saskatchewan player at the centre of the infamous 13th Man incident that cost the club the championship in 2009. Lucas was named in football circles as the extra player who was on the field when Montreal kicker Damon Duval missed a 43-yard field goal as time expired, seemingly giving Saskatchewan the win. But Duval got a second chance from 33 yards after the Riders were penalized for too many men. Duval converted to give Montreal a thrilling 28-27 victory. The Riders have never said who the extra man was, but video replays did show Lucas start off the field, then turn and stay on for Duval's attempt in the most heart-breaking finish in Grey Cup history.

The Tulane Green Wave football team represents Tulane University in the sport of American football. The Green Wave compete in the Football Bowl Subdivision (FBS) of the National Collegiate Athletic Association (NCAA) as a member of the American Athletic Conference. The football team is coached by Willie Fritz, and plays its home games in Yulman Stadium on its campus in Uptown New Orleans.

Vince Goldsmith, born July 20, 1959, was a star football player in the Canadian Football League (CFL), as both a linebacker and defensive lineman.

Dezman Mirrill Moses is an American football linebacker who is currently a free agent. He was signed by the Green Bay Packers as an undrafted free agent in 2012. He played college football at Tulane University after transferring from the University of Iowa. He has also played for the Kansas City Chiefs.

Terrence Jones is a former quarterback in the CFL, where he played from 1989 to 1995 for three teams. Jones played college football at Tulane University. He was selected by the San Diego Chargers in the 1989 NFL Draft, but the Chargers wanted him to move to defensive back. so he moved to the CFL to play quarterback.

The 2013 Tulane Green Wave football team represented Tulane University in the 2013 NCAA Division I FBS football season. They were led by second year head coach Curtis Johnson and played home games at the Mercedes-Benz Superdome. They were a member of Conference USA in the West Division. This was the Green Wave's last season playing in the Superdome and Conference USA as they will open the new, on-campus Yulman Stadium in the fall of 2014, and move to the American Athletic Conference in July 2014. They finished the season 7–6, 5–3 in C-USA play to finish in fourth place in the West Division. They were invited to the New Orleans Bowl where they lost to Louisiana–Lafayette.

The 2013 New Orleans Bowl was an American college football bowl game that was played on December 21, 2013, at the Mercedes-Benz Superdome in New Orleans, Louisiana. The thirteenth edition of the New Orleans Bowl, it featured the Tulane Green Wave of Conference USA against the Louisiana–Lafayette Ragin' Cajuns of the Sun Belt Conference. The game began at 8:00 p.m. CST and aired on ESPN. It was one of the 2013–14 bowl games that concluded the 2013 FBS football season. Sponsored by freight shipping company R+L Carriers, the game was officially known as the R+L Carriers New Orleans Bowl. The Ragin' Cajuns defeated the Green Wave by a score of 24–21. 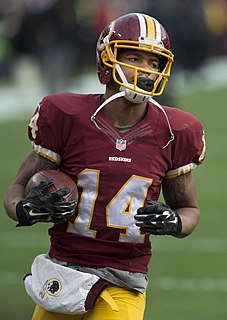 Ryan Joseph Grant is an American Football wide receiver for the Calgary Stampeders of the Canadian Football League (CFL). He played college football at Tulane and was drafted by the Washington Redskins in the fifth round of the 2014 NFL Draft.

Alex Reed Singleton is an American football linebacker for the Philadelphia Eagles of the National Football League (NFL). He played college football at Montana State and was signed as an undrafted free agent by the Seattle Seahawks after the 2015 NFL Draft. He also previously played for the New England Patriots, Minnesota Vikings, and Calgary Stampeders.