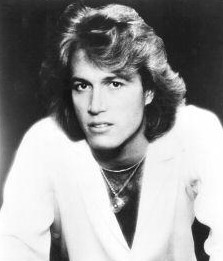 Andrew Roy Gibb was an English singer and songwriter. He was the younger brother of the Bee Gees: Barry, Robin and Maurice Gibb.

Joe Jackson Gibbs is an American auto racing team owner and former professional football coach. In football, he was head coach for the Washington Redskins of the National Football League (NFL) from 1981 to 1992, and again from 2004 to 2007. During his first stint with the Redskins, he led them to eight playoff appearances, four NFC Championship titles, and three Super Bowl titles over 12 seasons. Gibbs is the only head coach to have won Super Bowls with three different starting quarterbacks. Gibbs is widely regarded as one of the greatest coaches in NFL history. 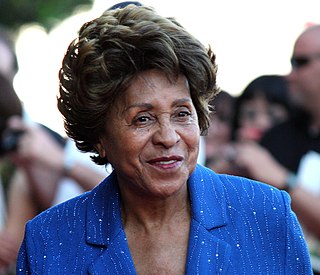 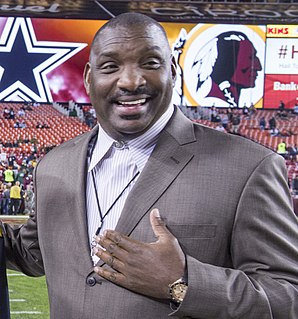 Douglas Lee Williams is an American football executive and former quarterback and coach. Williams is best known for his performance with the Washington Redskins in Super Bowl XXII against the Denver Broncos, where he was named Super Bowl MVP after passing for 340 yards and four touchdowns, a single-quarter Super Bowl record which he set in the second quarter, making him the first black quarterback to both start and win a Super Bowl.

John Ernest Arthur Mueller was an Australian rules footballer who played for the Melbourne Football Club in the Victorian Football League (VFL).

Donald Carl Breaux is a former American football player and coach. He played college football at McNeese State College and in the American Football League (AFL). He served two stints as an assistant coach under head coach Joe Gibbs with the Washington Redskins of the National Football League (NFL). 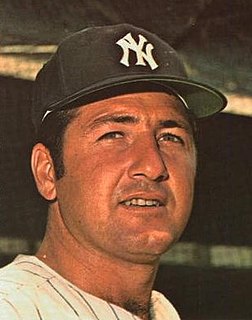 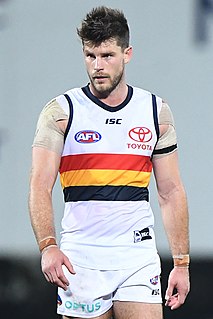 Nigel James Gibbs is an English professional football manager and former player. He has been an assistant coach at Swansea City and has previously worked as a coach with the Under-19 squad of Tottenham Hotspur. A Watford supporter, as well as a product of their youth system, Gibbs spent his entire professional career as a right back for the club. He was assistant manager of Leeds United after being appointed on 12 April 2013 alongside Brian McDermott, whom he assisted at Reading. He departed from Leeds United in August 2014.

Alistair Stuart Gibb is a former footballer, who is currently Senior Academy Physiotherapist at League Two club Bolton Wanderers. He joined Bath after his release from Hartlepool United in 2008. The former Norwich City player was signed by Hartlepool on transfer deadline day in August 2006.

The following lists events that happened during 1877 in Australia. 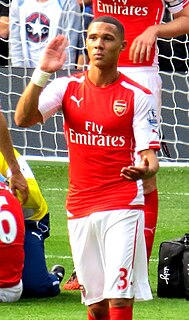 Kieran James Ricardo Gibbs is an English professional footballer who plays as a left back for Premier League club West Bromwich Albion. He has made 10 appearances for the English national team.

Brian Richard Gibbs was an English professional footballer who played as a forward.

Alex Gibb was an Australian profressional soccer player who played as many half-back roles with Queensland clubs and was captained for the Australia national team. Gibb is recognised as Australia's first international captain and was awarded retrospectively by Football Federation Australia cap number 1 for Australia's first match against New Zealand.

Reginald Norman "Reg" Gibb was an Australian rules footballer who played with Collingwood and Melbourne in the Victorian Football League (VFL).

The 1991 Oklahoma Sooners football team represented the University of Oklahoma during the 1991 NCAA Division I-A football season. They played their home games at Oklahoma Memorial Stadium and competed as members of the Big Eight Conference. They were coached by third-year head coach Gary Gibbs.

Events from the year 1872 in Scotland.

Morgan Anthony Gibbs-White is an English professional footballer who plays as a midfielder for Premier League club Wolverhampton Wanderers. He has represented England at under-16 through under-21 level.