Gerti Schanderl (born 12 October 1956) [1] is a German former figure skater who represented West Germany. She is the 1973 Prize of Moscow News champion, the 1973 Nebelhorn Trophy bronze medalist, and a four-time German national champion.

Schanderl was born in Munich, the daughter of a production line seamstress and a federal railway locksmith. [1] She achieved her highest ISU Championship placement, fourth at the 1974 Europeans in Zagreb and the 1974 Worlds in Munich. A member of EC München, she was coached by Rosemarie Brüning before joining Manfred Schnelldorfer in March 1976. [1] [2] 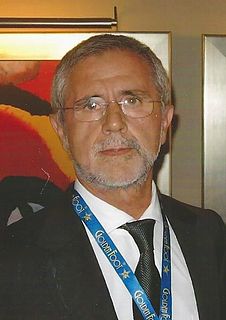 Gerhard "Gerd" Müller is a German retired footballer. A prolific striker renowned for his clinical finishing, especially in and around the six-yard box, he is regarded as one of the greatest players and goalscorers of all time. 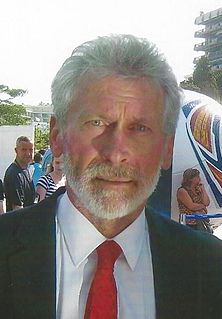 Paul Breitner is a former German footballer, who played as a midfielder or as a defender. One of Germany's most controversial players, he earned 48 caps for West Germany. He was known for his partnerships with Franz Beckenbauer and Berti Vogts in defence for the German national team, and his midfield combination with Karl-Heinz Rummenigge for Bayern.

Dorothy Stuart Hamill is a retired American figure skater. She is the 1976 Olympic champion and 1976 World champion in ladies' singles. 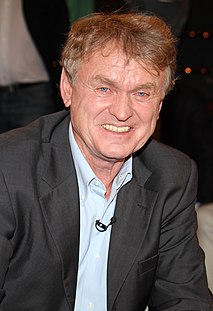 Josef Dieter "Sepp" Maier is a German former professional football goalkeeper who played for Bayern Munich and the German national football team. Regarded as one of Germany's greatest ever goalkeepers, he was nicknamed "Die Katze von Anzing" for his fast reflexes, agility, flexibility, speed, and consistency; in addition to his shot-stopping ability, he was also known for his ability to dominate his box, as well as his sense of humour and personality throughout his career, which made him a fan favourite. Regarding his playing style, he once quipped "a keeper should give off a sense of calm, and not fall asleep while doing so."

Rosemarie "Rosi" Ackermann is a former East German high jumper. She was the first female high jumper ever to clear the height of 2.00 m, on 26 August 1977 in Berlin.

The 1973–74 Bundesliga was the 11th season of the Bundesliga, West Germany's premier football league. It began on 11 August 1973 and ended on 18 May 1974. FC Bayern Munich were the defending champions. 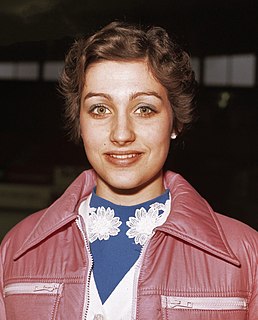 Dianne Margaret de Leeuw is a Dutch-American former competitive figure skater who represented the Netherlands. She is the 1975 World champion, the 1976 European champion, and the 1976 Olympic silver medalist. 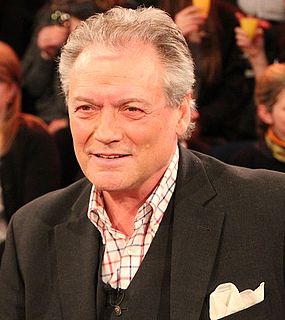 Mate Parlov was a Croatian boxer, Olympic gold medalist who was European and World Champion as an amateur and as a professional.

Paola Pigni, married Cacchi is a retired Italian middle and long-distance runner. She is a three-time world champion in cross country and has held the world record over five distance running events on the track, from 1500m to 10,000m.

The 1974 European Cup Final was contested between Bayern Munich of West Germany and Atlético Madrid of Spain. Goals in extra time from Luis Aragonés and Hans-Georg Schwarzenbeck cancelled each other out, so a replay took place two days later. Bayern won the replay convincingly, with two goals each from Uli Hoeneß and Gerd Müller, giving the German side a 4–0 victory. This is the only European Cup/Champions League final to have been replayed. 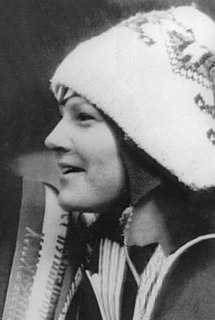 Monika Pflug, also known as Monika Holzner-Pflug and Monika Gawenus-Pflug, is a former speed skater from Germany. She was born in Munich and competed for West Germany.

The 1973–74 DDR-Oberliga was the 25th season of the DDR-Oberliga, the first tier of league football in East Germany. 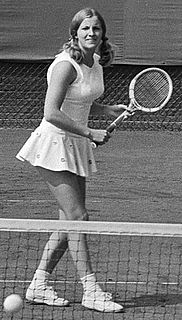 Katja Ebbinghaus is a former professional tennis player from Germany, active from 1969 to 1982, who reached five Grand Slam quarter-finals in singles, and a Grand Slam final in doubles, and who played for West Germany in the Federation Cup in all but two years between 1970 and 1979.

Marie-Louise Gilles is a German mezzo-soprano in opera and concert, also a professor of voice and stage director of opera.

Gerti Daub Hollmann is a German esthetician, model and actress. Crowned Miss Germany of 1957, she is probably most famous for being the girl who many thought should have won the scandal-plagued 1957 Miss Universe contest but didn't.

The 1972 Prague Skate was a senior international figure skating competition held 11–12 November 1972 in Czechoslovakia. Medals were awarded in the disciplines of men's singles and ladies' singles. Gold in both categories went to skaters from the United States. Future Olympic champion Dorothy Hamill won the ladies' title ahead of West Germany's Gerti Schanderl and Canada's Daria Prychun. Gordon McKellen took the men's title while Zdeněk Pazdírek of Czechoslovakia and Jacques Mrozek of France took silver and bronze, respectively.

The 1973 Prize of Moscow News was the eighth edition of an international figure skating competition organized in Moscow, Soviet Union. It was held December 9–14, 1973. Medals were awarded in the disciplines of men's singles, ladies' singles, pair skating and ice dancing. The Soviet Union's Vladimir Kovalev, a world medalist, won the men's title for the first time, after three previous podium finishes. West Germany national champion Gerti Schanderl took the ladies' title ahead of Soviet skater Ludmila Bakonina. Soviets swept the pairs' podium, led by Olympic champion Alexei Ulanov and his second partner, Lyudmila Smirnova. The ice dancing title was won by Natalia Linichuk / Gennadi Karponosov, who would take the world bronze medal later in the season.