The Guyana Education Access project was a five-year Government of Guyana project (January 1999 to December 2003), funded by the United Kingdom Department for International Development (DFID) and managed by CfBT. [1] 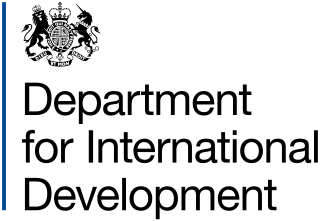 The main project goal of GEAP supported the Ministry of Education's mission by aiming to provide sustainable improvement in education quality and access for all children in Guyana, particularly the poorest. [2]

A payphone is typically a coin-operated public telephone, often located in a telephone booth or in high-traffic outdoor areas, with pre-payment by inserting money or by billing a credit or debit card, or a telephone card. Prepaid calling cards also facilitate establishing a call by first calling the provided toll-free telephone number, entering the card account number and PIN, then the desired connection telephone number. An equipment usage fee may be charged as additional units, minutes or tariff fee to the collect/third-party, debit, credit, telephone or prepaid calling card when used at payphones. By agreement with the landlord, either the phone company pays rent for the location and keeps the revenue, or the landlord pays rent for the phone and shares the revenue. 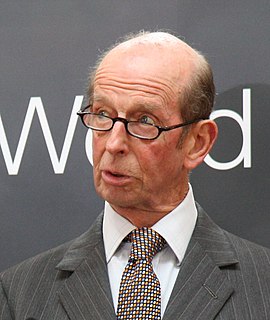 Prince Edward, Duke of Kent, is a member of the British royal family.

Open access (OA) is a mechanism by which research outputs are distributed online, free of cost or other barriers, and, in its most precise meaning, with the addition of an open license applied to promote reuse.

GE Aviation, a subsidiary of General Electric, is headquartered in Evendale, Ohio, outside Cincinnati. GE Aviation is among the top aircraft engine suppliers, and offers engines for the majority of commercial aircraft. GE Aviation is part of the General Electric conglomerate, which is one of the world's largest corporations. The division operated under the name of General Electric Aircraft Engines (GEAE) until September 2005. GE Aviation's main competitors in the engine market are Rolls-Royce and Pratt & Whitney. GE operates two joint ventures with Safran Aircraft Engines of France, CFM International and CFM Materials.

The Royal Army Chaplains' Department (RAChD) is an all-officer corps that provides ordained clergy to minister to the British Army.

Saint John's International School (SJIS) was an international school located in Chatuchak District, Bangkok, Thailand. It was established in 1991 by Ajarn Samai Chinnapa within Saint John's Group of Schools and University. The school closed in June 2017.

Openreach is a functional division of telecommunications company BT plc, that maintains the telephone cables, ducts, cabinets and exchanges that connect nearly all homes and businesses in the United Kingdom to the national broadband and telephone network.

This article was written in 2008 with partial updates at later dates, including most recently in 2011. Please update it further.

NHS Connecting for Health (CFH) Agency was part of the UK Department of Health and was formed on 1 April 2005, having replaced the former NHS Information Authority. It was part of the Department of Health Informatics Directorate, with the role to maintain and develop the NHS national IT infrastructure. It adopted the responsibility of delivering the NHS National Programme for IT (NPfIT), an initiative by the Department of Health in England to move the National Health Service (NHS) in England towards a single, centrally-mandated electronic care record for patients and to connect 30,000 general practitioners to 300 hospitals, providing secure and audited access to these records by authorised health professionals.

Humanity First is an international charity that provides disaster relief and long term development assistance to vulnerable communities in 52 countries across 6 continents. The organisation is run by volunteers with diverse skillsets across the world and has access to thousands of extra volunteers worldwide. Volunteer staff in all areas often pay their own expenses to support the international projects.

The United Kingdom has been involved with the Internet since it was created. The telecommunications infrastructure provides Internet access to businesses and home users in various forms, including cable, DSL, and wireless. The Internet country code top-level domain (ccTLD) for the United Kingdom is .uk and is sponsored by Nominet.

Brian Wayne Transeau, known by his initials as BT, is an American musician, composer, singer, songwriter, DJ and audio technician. An artist in the electronica music genre, he is credited as a pioneer of the trance and intelligent dance music styles that paved the way for EDM, and for "stretching electronic music to its technical breaking point." He also creates music within many other styles, such as classical, film composition and bass music.

Education Development Trust is a large not-for-profit organisation which provides education services in the United Kingdom (UK) and internationally. The charity is based in Reading, UK.

The United Nations Educational, Scientific and Cultural Organization is a specialized agency of the United Nations (UN) based in Paris. Its declared purpose is to contribute to peace and security by promoting international collaboration through educational, scientific, and cultural reforms in order to increase universal respect for justice, the rule of law, and human rights along with fundamental freedom proclaimed in the United Nations Charter. It is the successor of the League of Nations' International Committee on Intellectual Cooperation.

The UK educational evidence portal (eep) is an online resource providing easy access to published research and evidence-based guidance across all areas of education, and related aspects of children’s services. It was developed through collaboration between organisations to make research evidence more widely available to a range of audiences, including educational professionals, practitioners, policy makers and the research community.