Last updated April 06, 2020
‹ The template Infobox organization is being considered for merging. ›

The History of Modern Biomedicine Research Group (HoMBRG) is an academic organisation specialising in recording and publishing the oral history of twentieth and twenty-first century biomedicine. It was established in 1990 as the Wellcome Trust's History of Twentieth Century Medicine Group, [1] and reconstituted in October 2010 as part of the School of History [2] at Queen Mary University of London. [3] [4] [5]

The project originated as The Wellcome Trust's History of Twentieth Century Medicine Group, and later functioned as the Academic Unit of the Wellcome Institute for the History of Medicine. It was originally established at the Royal College of Physicians in 1990 and comprised Sir Christopher Booth (the Harveian Librarian) and Professor Tilli Tansey. [6] Its purpose was to devise ways of stimulating historians, scientists & clinicians to discuss, preserve and write the history of recent biomedicine. The Group's activities were originally overseen by a Programme Committee, which included professional historians of medicine, practising scientists and clinicians. [7] From 2000–2010 it was a constituent part of the Wellcome Trust Centre for the History of Medicine at University College London. In October 2010 it moved to the School of History, Queen Mary's University, London. In 2011 the Group received a Strategic Award from the Wellcome Trust to embark upon a new project, "Makers of Modern Biomedicine". [8] [9] [10] [11] [12]

An archive of oral and written history, plus videoed interviews, has been compiled by the HoMBRG and consists of three projects: Witness Seminars, Today's Neuroscience, Tomorrow's History and SAD at 30. All material and documentation related to the project is deposited with the Wellcome Library. The resultant publications are open access, [13] and made freely available online via the HoMBRG website, a partnership with the Medical Heritage Library, [14] and iTunes. [15]

A series of witness seminars began in 1993, with regular meetings being held, about four per year. These recorded the voices of those who have contributed, in diverse ways, to the development of modern biomedicine, using oral history methodology. The aim is to make the series widely available for education, research and outreach purposes. [20] [21] [22] [23] [24] The results are published online, [25] with most edited transcripts appearing within 18 months. [20]

Each witness seminar is transcribed and published by HoMBRG. [27] Recent volumes have been edited by E M Jones, C Overy and E M Tansey. As of May 2017 [update] there are 62 Volumes. [28] Titles include The Development of Brain Banks, Narrative Medicine; Migraine; The National Survey of Sexual Attitudes and Lifestyles; [29] and The Avon Longitudinal Study of Parents and Children (ALSPAC) [30] The publication of these works are often referred to by specialists in their fields of medical practice. [31]

The first two volumes were reviewed in Journal of the Royal Society of Medicine in 1999, with the comment, "Few books are so intellectually stimulating or uplifting." [32] Reviewing the series in the British Medical Journal in 2002, medical historian Irvine Loudon wrote, "This is oral history at its best...all the volumes make compulsive reading...they are, primarily, important historical records [33]

In 2015 the Group began producing oral history interviews with notable scientists and clinicians. This material is made freely available on YouTube (in the case of video interviews) and the Group's website, as are the transcripts of both audio and video interviews. [36]

As the HoMBRG project came to an end, a Wikimedian in Residence was engaged, to create Wikidata records for the publications and those people interviewed in them. [37]

The Cognition and Brain Sciences Unit is a branch of the UK Medical Research Council, based in Cambridge, England. The CBSU is a centre for cognitive neuroscience, with a mission to improve human health by understanding and enhancing cognition and behaviour in health, disease and disorder. It is one of the largest and most long-lasting contributors to the development of psychological theory and practice.

Sir Peter Stanley Harper is a British physician and academic who is University Research Professor (Emeritus) in Human Genetics at Cardiff University. His work has focused on researching neurogenetics and has resulted in discoveries concerning muscular dystrophies and Huntington's disease. He was knighted in 2004 for services to medicine.

Roderick John Flower, also known as Rod, is a British pharmacologist, and professor at Barts and The London School of Medicine and Dentistry. Dr. Flower is a member of the board of directors of Antibe Therapeutics and on the scientific advisory board of Morria. 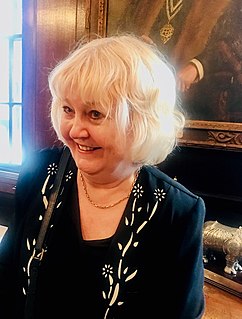 Elizabeth M. Tansey is an Emerita Professor of the history of medicine and former neurochemist, best known for her role in the Wellcome Trust's witness seminars. She previously worked at Queen Mary University of London (QMUL).

A witness seminar is a method of collecting oral history material, whereby a number of people connected to an event or topic meet to share recollections of their involvement. The results may be recorded or videoed and an edited transcript published. 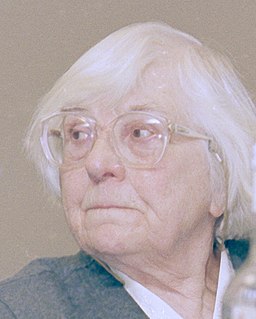 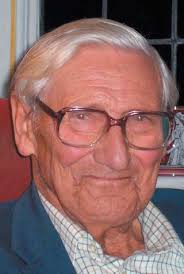 Dr Anthony Derek Maurice Jackson (1918–2005), also known as Tony, was a British paediatrician, recognised for his pioneering work in the management of cystic fibrosis. 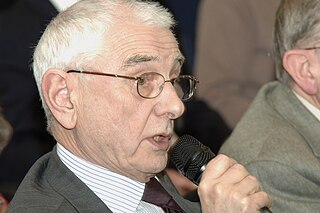