Honeysuckle Development Corporation (HDC) was a corporation owned by the Government of New South Wales with responsibility for a major urban renewal project on the harbourside of Newcastle, the state's second-largest city.

HDC was established by the state government in 1992 to guide redevelopment of disused industrial land on the southern foreshore of Newcastle Harbour. The 50-hectare Honeysuckle site is close to the city's central business district and, although not yet fully redeveloped, already contains a mix of new residential, commercial and public buildings. 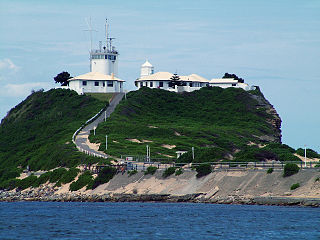 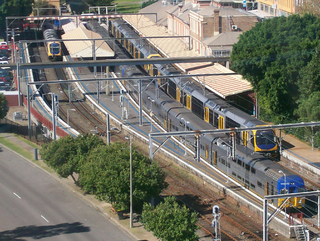 HDC may refer to:

Development corporations or development firms are organisations established by governments in several countries for the purpose of urban development. They often are responsible for the development of new suburban areas or the redevelopment of existing ones.

Wickham railway station is a former railway station which was located in the Newcastle suburb of Wickham, New South Wales. Situated on the Newcastle railway line, it was serviced by Central Coast & Newcastle Line and Hunter Line services until its closure. Wickham, along with Civic station, succeeded Honeysuckle station, which was closed in 1872, following its own replacement by Newcastle station. Following urban growth in the Newcastle region, both Wickham and Civic were opened to meet the growing demand for public transport in the region. The station's signal box, located at the station's western end at Stewart Avenue, was replaced in the 1960s with a building recognised as Australia's first television-equipped level crossing.

Sandgate is a suburb of Newcastle, New South Wales, Australia, located 11 kilometres (6.8 mi) from Newcastle's central business district. It is part of the City of Newcastle local government area.

Newcastle Buses & Ferries was a commuter bus and ferry service operating in Newcastle and Lake Macquarie from 1935 until 2017. Part of the State Transit Authority, it operated 26 bus routes and the Stockton ferry across the Hunter River.

The Furman Center for Real Estate and Urban Policy is a joint center at New York University School of Law and the NYU Wagner School of Public Service. The Furman Center was established in 1995 to create a place where people interested in affordable housing and land use issues could turn to for factual, objective research and information. Since that time, the Furman Center has become an authority on such matters in New York City. The Furman Center has a three-part mission, including providing objective academic research about land use, real estate, housing and urban affairs, with a particular focus on New York City, promoting intense debate and productive discussion among elected, academic, and industry leaders, and presenting essential data and analysis about the state of New York City's housing and neighborhoods.

Carrington is a suburb of Newcastle, New South Wales, Australia, and is named after Lord Carrington, governor of New South Wales in 1887 when the area was proclaimed a municipality.

The Newcastle railway line is a branch railway line in the city of Newcastle, New South Wales, Australia. The line branches off the Main North line at Broadmeadow and travels in an easterly direction through the inner suburbs to Newcastle Interchange, with one intermediate station at Hamilton. Until its curtailment in December 2014, it extended to Newcastle station. NSW TrainLink operates electric passenger train services over this line as part of its Central Coast & Newcastle Line service, and diesel railcars to Maitland and beyond as part of the Hunter Line. 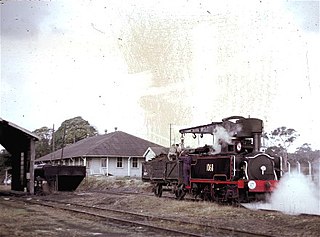 The Cardiff Locomotive Workshops were situated between Cockle Creek and Cardiff stations near Newcastle on the Main North railway line in New South Wales, Australia. 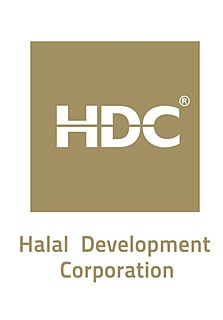 Halal Development Corporation Berhad, or HDC, is a Malaysian federal government agency mandated as the custodian of Malaysia's Halal economy, and featured as a trusted partner in the Halal business. Its mission is to generate opportunities for the community of stakeholders within Malaysia's Halal ecosystem.

The Newcastle Light Rail is a light rail system in Newcastle, New South Wales, Australia, running from Newcastle Interchange through the central business district to Pacific Park. Major construction commenced in September 2017 and the line was opened on 17 February 2019. It is operated by Newcastle Transport for Transport for NSW.