RBMA called Hyperdub "one of the UK’s most celebrated underground labels." [2]

Kode9 initially founded Hyperdub as a webzine in 2000, which blended a focus on forward-thinking UK dance music with theoretical writing. The label was founded in 2004; its first release was “Sine of the Dub”, a collaboration between Kode9 and The Spaceape. Subsequent releases established the label as an influential label within the UK’s early dubstep scene, including Burial's self-titled debut album, which The Wire magazine named their number one album of 2006. [3]

The label would then become associated with styles such as UK funky and Chicago footwork through its signing of artists like Cooly G and DJ Rashad. [4] More recently, the label has signed diverse artists working across electronic music, including Laurel Halo, Fatima Al Qadiri, Jessy Lanza, and Klein. 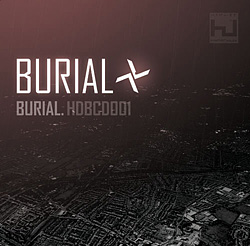 Burial is the debut studio album by London electronic producer Burial, released in 2006 on Kode9's Hyperdub label. Considered a landmark of the mid-2000s dubstep scene, the album's sound features a dark, emotive take on the UK rave music that preoccupied Burial in his youth, including 2-step, jungle, and UK garage. Critics have variously interpreted the release as an elegy for the dissipated rave movement and a sullen audio portrait of London.

Warrior Dubz is a dubstep compilation released in 2006 on the Planet Mu label. The album was compiled by Mary Anne Hobbs.

Steve Goodman, known as Kode9 is a Scottish electronic music artist, DJ, and founder of the Hyperdub record label. He was one of the founding members of the early dubstep scene with the late MC and former collaborator The Spaceape. He has released three full-length albums: Memories of the Future (2006) and Black Sun (2011), both with The Spaceape, and Nothing (2015).

Zomby is a British electronic musician who began releasing music in 2007. He has released music on several labels, including Hyperdub, Werk Discs, and 4AD. Zomby's influences include oldschool jungle music and Wiley's eskibeat sound. 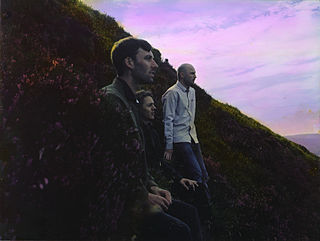 Darkstar are a British electronic music duo. Since 2007, they have released music on Hyperdub, Warp and 2010 Records. 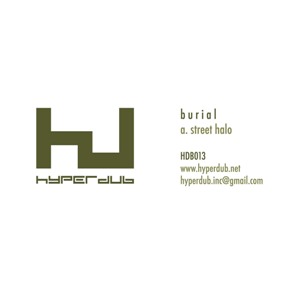 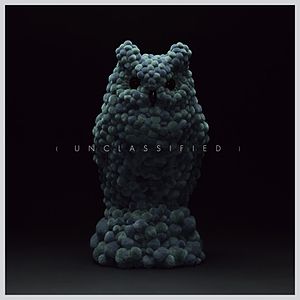 {UNCLASSIFIED} is a compilation album released by Adult Swim. The album was released as a free download on their website. It consists of rare and/or unreleased material from various artists. 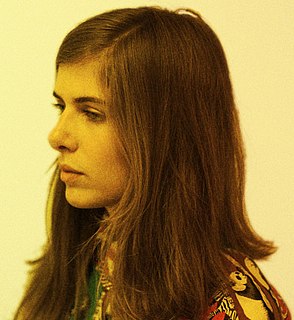 Laurel Anne Chartow, known professionally as Laurel Halo, is an American electronic musician currently based in Berlin, Germany. She released her debut album Quarantine on Hyperdub in 2012 to critical acclaim; it was named album of the year by The Wire. She followed with studio albums Chance of Rain (2013) and Dust (2017), as well as various EPs and the mini-album Raw Silk Uncut Wood (2018). 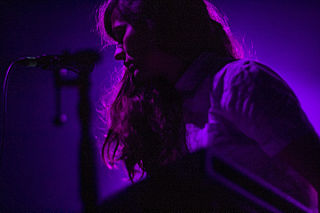 Jessy Lanza is a Canadian electronic songwriter, producer, and vocalist from Hamilton, Ontario, Canada. She has released three albums, Pull My Hair Back (2013), Oh No (2016) and All the Time (2020), to critical praise on UK label Hyperdub. 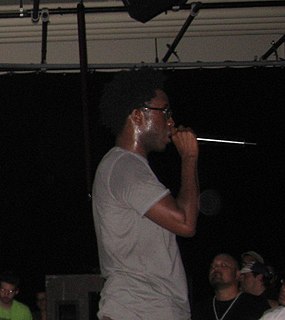 Stephen Samuel Gordon, known as The Spaceape, was a British poet and MC. He is known for his work on the electronic music label Hyperdub, and in particular for his frequent collaborations with labelmate Kode9. He was described by The Guardian as "a pioneering Hyperdub artist," while Pitchfork Media stated that "if first-wave UK dubstep had a voice, it belonged to Stephen Gordon." 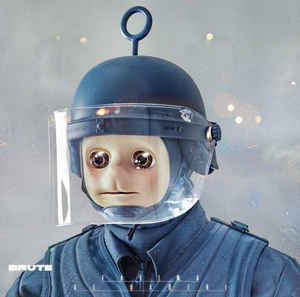 Brute is the second studio album of Kuwait musician Fatima Al Qadiri. A protest album inspired by events such as the 2015 Baltimore protests and the Ferguson unrest, the album regards the authoritarian power of law enforcement in the United States and the illusion of democracy existing in the western part of the world. Its cover art by Josh Kline, Babok Radboy, and Joerg Lohse is a photograph of one of the "police teletubbies" found in Kline's art piece "Freedom," which was intended to present how civil rights were being destroyed in the 21st century. Brute features samples of the Ferguson protest, an MSNBC report of Occupy Wall Street by Lawrence O'Donnell, and an interview with a former member of the LAPD regarding the power of the police. 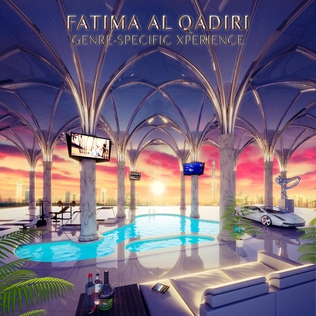 Genre-Specific Xperience is a project by Kuwait musician Fatima Al Qadiri that serves as her second extended play in her discography. Its intention is to reinterpret five musical genres through audio and visuals: juke, hip hop, dubstep, electronic tropicalia, and what the press release labeled as "‘90s Gregorian trance." The main idea of the project regards what would happen if the "limitations" of a genre were bypassed or altered. The visuals for the tracks were produced by Tabor Robak, Sophia Al-Maria, Ryan Trecartin, Rhett LaRue, Kamau Patton, and production company Thunder Horse. The music videos premiered at New Museum on 21 October 2011, and the extended play itself was released by UNO Records on 25 October to favorable reviews from professional music journalists. A remix record titled GSX Remixes was released in May 2012 and features re-edits of tracks from Genre-Specific Xperience by acts such as Ikonika and DJ Rashad. 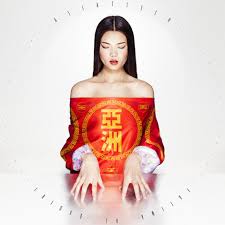 Asiatisch is the debut full-length studio album of Kuwaiti musician Fatima Al Qadiri, released by the label Hyperdub on 5 May 2014. The record is about what Qadiri called "Imagined China," an environment of stereotypes about East Asian nations and respective cultures formed in media of the Western world. Thus, it musically derives from sinogrime, a style of grime music that utilizes elements of East Asian music. In representing Asian stereotypes, the album includes digital traditional Chinese and Japanese-styled drum kits and synth presets alongside "scrambled" ancient Chinese poems. One of the main inspirations for Qadiri producing Asiatisch was the making of a "nonsense Mandarin" a cappella version of the song "Nothing Compares 2 U" that would later be the record's opening track. 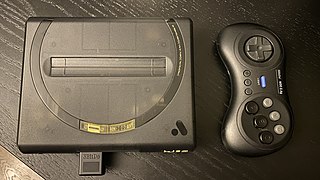 The Mega Sg is a home video game console manufactured by Analogue, released in 2019. It runs games developed for the Sega Genesis, Master System, Game Gear and SG-1000, systems released by Sega in the 1980s and early 1990s during the fourth generation of consoles. Rather than emulate games, the Mega Sg uses FPGA chips that replicate the original system hardware.

Black Is Beautiful is a studio album by Dean Blunt and Inga Copeland of the electronic duo Hype Williams, released in 2012 on Hyperdub.