Iliopsoas bursitis is inflammation of a bursa (synovial sac) lying between iliopsoas muscle and hip joint, lateral to femoral vessels. [1] Pain is experienced over the same area and made worse by extension of hip joint.

The iliopsoas refers to the joined psoas and the iliacus muscles. The two muscles are separate in the abdomen, but usually merge in the thigh. As such, they are usually given the common name iliopsoas. The iliopsoas muscle joins to the femur at the lesser trochanter, and acts as the strongest flexor of the hip. 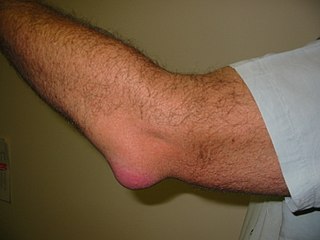 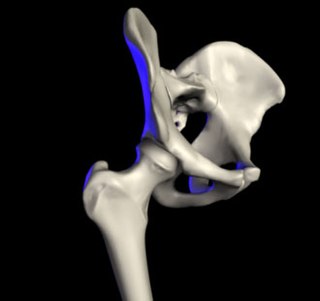 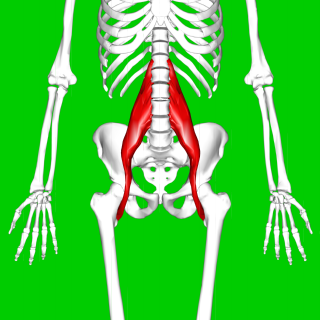 The psoas major is a long fusiform muscle located on the side of the lumbar region of the vertebral column and brim of the lesser pelvis. It joins the iliacus muscle to form the iliopsoas.

Snapping hip syndrome is a medical condition characterized by a snapping sensation felt when the hip is flexed and extended. This may be accompanied by an audible snapping or popping noise and pain or discomfort. Pain often decreases with rest and diminished activity. Snapping hip syndrome is classified by location of the snapping, either extra-articular or intra-articular. 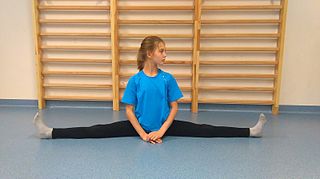 A split is a physical position in which the legs are in line with each other and extended in opposite directions. Splits are commonly performed in various athletic activities, including dance, figure skating, gymnastics, contortionism, synchronized swimming, cheerleading and hatha yoga, where a front split is named Hanumanasana and a side split is named Samakonasana. A person who has assumed a split position is said to be "in a split" or "doing the splits". 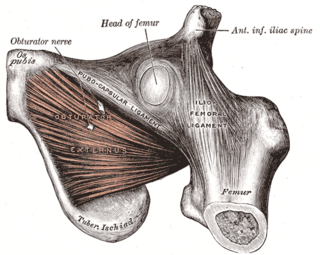 The anterior inferior iliac spine is a bony eminence on the anterior border of the hip bone, or, more precisely, the wing of the ilium. 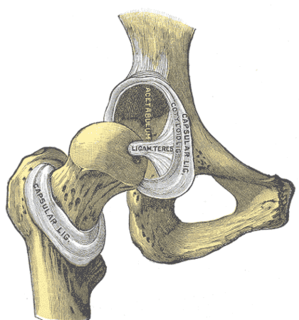 The acetabular labrum is a ring of cartilage that surrounds the acetabulum of the hip. The anterior portion is most vulnerable when the labrum tears. 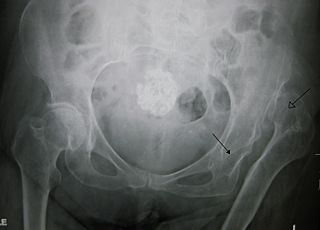 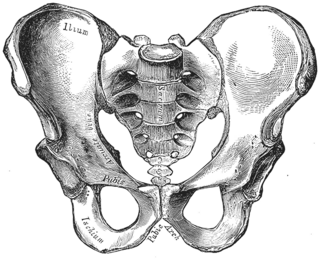 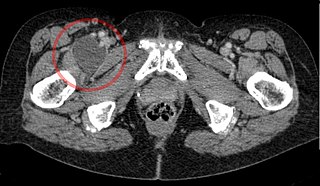 The iliopectineal bursa or the iliopsoas bursa is a large synovial bursa that separates the external surface of the hip joint capsule from the normally just the tendon of the iliopsoas muscle.